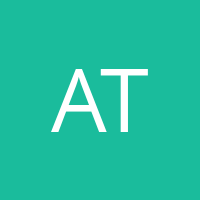 END_OF_DOCUMENT_TOKEN_TO_BE_REPLACED

Will China use climate change as a bargaining chip?

Beijing shows signs of changing tactics ahead of COP26 conference.

Read the full article published in English in Nikkei Asia and in Spanish in El Economista.

Republishing and referencing
Bruegel considers itself a public good and takes no institutional standpoint.
Due to copyright agreements we ask that you kindly email request to republish opinions that have appeared in print to [email protected].

END_OF_DOCUMENT_TOKEN_TO_BE_REPLACED

For the climate, Asia-Pacific must phase out fossil-fuel subsidies

Source: Bruegel based on BP Statistical Review of World Energy (2021). Note: data refers to carbon dioxide emissions resulting from fossil-fuel combustion, as listed in the IPCC Guidelines for National Greenhouse Gas Inventories. Other sources of CO2 emissions, or other greenhouse gases, are not included.
Compared to other