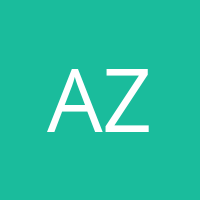 Do schools change our religious attitudes?

[unable to retrieve full-text content]Does compulsory religious education make us more likely to believe as adults, and does it make us more ethical? Ludger Woessmann, Larissa Zierow, and Benjamin Arold explain to Tim Phillips what educational reform in Germany can tell us.

END_OF_DOCUMENT_TOKEN_TO_BE_REPLACED

The ‘proper’ relationship between churches and the state has been a deeply contested matter throughout Western history. This is particularly true for the role of churches in public schools. Most Western school systems have their historical roots with the churches. When states tried to transform church-run schools into non-denominational mass education systems during the 19th century, they faced fierce resistance from the churches (Ramirez and Boli 1987, West and Woessmann 2010). The churches wanted to ensure that schools taught children to become good Christians. Likewise, states used the public-school systems for indoctrination, social cohesion, and socialisation (Lott 1999, Gradstein and