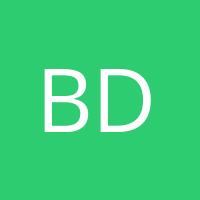 Race and the COVID-19 pandemic

Since the COVID-19 pandemic hit the US, discussion on its disproportionate impact on African Americans has been at centre stage. The Atlantic (Kendi 2020) was the first to launch a call, on 4 March 2020, for adequate race-disaggregated data to assess the extent of this phenomenon. On 7 April, The New York Times (Eligon et al. 2020) reported that in Illinois, 43% of people who had died from the disease were African Americans, a group that represents only 15% of the state population. In Michigan, African Americans represented 40% of deaths against 14% of the population; in Louisiana, 70% against 33%. On the same day, The Chicago Tribune (Reys et al. 2020) reported that 68% of the dead in Chicago were African Americans, who represent 30% of the city’s population. These figures

END_OF_DOCUMENT_TOKEN_TO_BE_REPLACED

The Covid-19 outbreak and the murder of George Floyd have dramatically exposed the racial inequalities and their potentially explosive implications for US society (Baldwin 2020). In a public speech on 3 June 2020, former US President Obama has linked the current protests to the long history of slavery. A connection between slavery and the “tangle of pathology” affecting the American ghettos, and in particular family structure, had been suggested earlier on by Moynihan (1965), then President Johnson’s Assistant Secretary of Labor.1
In a new paper (Bertocchi and Dimico 2020), we study the long-term empirical determinants of the African American family structure, captured by the presence of a black single female household head, with the aim of testing the Moynihan conjecture. To do