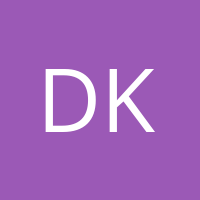 French politics has been unusually present in the US media of late: in Jacobin, Harrison Stetler reports on Paris Mayor Anne Hidalgo’s presidential candidacy, which so far has failed to make any headway. In the Nation, Cole Stangler interviews and profiles Jean-Luc Mélenchon, who, for now at least, remains the strongest presidential contender on the French Left. Stangler gives a good sense of JLM’s outlook and strategy, as well as his political strengths. But he also raises some of the issues that have undermined Mélenchon’s position in recent years, including his tendency for problematic gaffes. It is a tendency that has shown itself again in recent days, with Mélenchon (rightly) coming under fire

END_OF_DOCUMENT_TOKEN_TO_BE_REPLACED

** Last week, Tocqueville 21 published a book forum consisting of four reviews of Samuel Moyn’s new book Humane: How the United States Abandoned Peace and Reinvented War followed by a response from Moyn. We have now compiled the full book forum (with an introduction) as a PDF. **

In the aftermath of the United States military’s chaotic withdrawal after a twenty-year occupation of Afghanistan, few deny that America’s approach to the world is in serious need of re-evaluation. Ideally, such a re-evaluation should not be limited to an analysis of these recent events. Rather, a longer and larger historical perspective is needed regarding not just the tactical issues of the Afghanistan withdrawal but the broader question

END_OF_DOCUMENT_TOKEN_TO_BE_REPLACED

Interview: Chantal Mouffe on democracy, populism, and why the Left needs to read Spinoza

Share the post "Interview: Chantal Mouffe on democracy, populism, and why the Left needs to read Spinoza"

Chantal Mouffe is a democratic theorist whose work as been cited as an inspiration for radical political movements across the globe, and who has elicited controversy for her advoacy of left-wing populism. She is the Professor of Political Theory at the Centre for the Study of Democracy at the University of Westminster, and her books include Gramsci and Marxist Theory (Routledge, 1979), Hegemony and Socialist Strategy (with Ernesto Laclau, Verso, 1985), Dimensions of Radical Democracy (Verso, 1992), The Return of the Political (Verso, 1993), The Democratic Paradox (Verso, 2000), On the Political (Routledge, 2005), Agonistics (Verso, 2013), and Podemos: In the