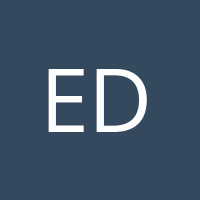 Does sustainability reduce the cost of capital?

It is often taken for granted that sustainability reduces a company’s cost of capital. This column argues that the relationship is significantly more complex and depends on a number of factors. It highlights an important distinction between the ‘cost of capital’ and ‘expected cash flow’ channels, which may lead to similar final outcomes but imply different underlying mechanisms. Additional factors, such as the level and nature of systemic risk, the amount of risk aversion, and the cyclical behaviour of public trust in business, are also crucial in determining whether sustainable companies enjoy a lower cost of capital.

It is often claimed that sustainability reduces a company’s cost of capital – i.e. the return it needs to offer its investors to raise funds.

END_OF_DOCUMENT_TOKEN_TO_BE_REPLACED

The dangers of sustainability metrics

Sustainability is the corporate issue of the day. It was the theme of the 2020 World Economic Forum in Davos, and the call for companies to serve the wider society – not just shareholders – has only intensified in the COVID-19 pandemic.
A key challenge, however, is to measure the sustainability of a company. Accordingly, global consortiums are devising an ever-increasing set of sustainability metrics for companies to report. One example is the World Economic Forum’s framework, released in September 2020 in collaboration with the Big Four accounting firms.
The value of these initiatives is backed up by decades of academic research showing that financial efficiency – the amount of information in financial markets – boosts real efficiency. Focusing on primary financial markets,

END_OF_DOCUMENT_TOKEN_TO_BE_REPLACED

How to regulate CEO pay (and how not to do it)

Political candidates used to campaign on taxes, government spending, and foreign policy. But, executive compensation has suddenly become a hot topic for winning the public’s approval. Donald Trump called high CEO pay “a total and complete joke” and “disgraceful”. Hillary Clinton lamented that “[t]here’s something wrong when the average American CEO makes 300 times more than the typical American worker”. And in the UK, Theresa May launched her ultimately successful campaign to become prime minister with a speech that promised to curb executive pay.
Politicians typically make two suggestions for pay reform: first, to cap, or at least force disclosure of, the ratio of CEO pay to median employee pay; second, to put workers on boards or give them a vote on pay. But, before taking action, we must first ask a number of questions. Is the level of CEO pay a problem in the first place? Even if it is, should it be solved by politicians? What is the evidence on the effect of regulation on pay?
Is regulation necessary?
A contract is a private agreement between an employer and an employee. It is shareholders who bear the direct costs of the contract, and so it’s unclear whether the government should intervene.
A common argument is that pay has indirect costs – it causes CEOs to take actions (such as risk-taking) that affect society.