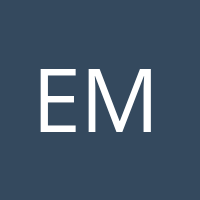 ** This is the third in a series of four reviews of Samuel Moyn’s new book Humane: How the United States Abandoned Peace and Reinvented War. Each day this week one review will be published. On Friday, Moyn will respond. **

Samuel Moyn’s Humane offers an indictment of efforts to sanitize or humanize war, tracking how such efforts have ultimately enabled apparently endless and profoundly asymmetrical forms of warfare. Moyn argues that contemporary American wars, in addition to being seemingly endless, are marked by deeply unequal stakes and results. The book stands as a history of humanitarianism as applied to war, drawing together contemporary critical scholarship on the history of humanitarianism as well as of human rights. Its

END_OF_DOCUMENT_TOKEN_TO_BE_REPLACED

But more than just attack the realm of politics, and so constrain the reach of popular power, she argues, neoliberalism denigrates the social, denying both the principle of equality and the vocabulary in which to demand it. In attacking both the political and the social, it elevates not just the market, but, especially for Hayek, a particular notion of traditional morality. On Hayek’s view, tradition had evolved to hold society together organically. With that organic traditionalism, he hoped to “recolonize…the civic and social where democracy once ruled.”