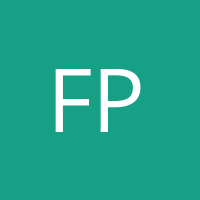 A large literature shows that face-to-face interaction is critical for the cross-fertilisation of ideas. And yet, the share of geographically distributed teams in scientific research has steadily risen since the 1960s and accelerated further following the ICT revolution of the 1990s (Forman and van Zeebroeck 2012). In tandem, as shown in Figure 1, the percentage of fundamental or disruptive scientific discoveries has declined, implying that an ever-larger share of researchers focuses on incrementally developing existing ideas.
Figure 1 The rise of remote collaboration and the decline of disruptive discovery, 1961–2020

In a new study, we explore the link between the rise of remote collaboration and the demise of disruptive discovery in science (Chen et al. 2022). We do so

END_OF_DOCUMENT_TOKEN_TO_BE_REPLACED

Personal data are a key factor of production in the modern world. But they are also a contentious issue for policymakers looking to balance the data privacy concerns of citizens against the dynamism of their economies (Acemoglu et al. 2019). Against this background, the EU implemented the General Data Protection Regulation (GDPR) in May 2018. The prime objective was to give individuals better control over their data, making it more difficult and expensive for firms to commercialise them. According to The New York Times, GDPR has made Europe “the world’s leading tech watchdog”. Meanwhile, others have raised concerns over its impacts on European competitiveness. In the words of Axel Voss, a member of the European Parliament, “Europe’s obsession with data protection is getting in