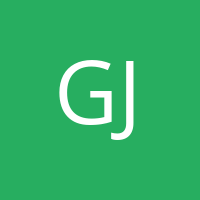 How have the European Central Bank’s negative rates been passed on?

Negative rate cuts are not that different from ‘standard’ rate cuts. Like them, they reduce banks’ margins, but this effect does not appear to be amplified below 0%.
Since the global financial crisis, several central banks have deployed negative policy rates, after exhausting conventional easing measures. The European Central Bank introduced its negative interest rate policy (NIRP) in June 2014 when it cut its deposit facility rate below 0% for the first time, to -0.1%. Since then, the rate has been cut four more times, by 10 basis points each time, to reach -0.5% in September 2019. After seven years of NIRP and with markets currently expecting rates to stay negative for the next five years, it is crucial to fully understand the effects of prolonged negative rates on the economy.
While

END_OF_DOCUMENT_TOKEN_TO_BE_REPLACED

How has COVID-19 affected inflation measurement in the euro area?

COVID-19 has complicated inflation measurement. Policymakers need to take this into account and should look at alternative measures of inflation to understand what is actually happening in the economy.
It might seem minor alongside the huge damage to people and economies done by COVID-19, but one of the consequences of the pandemic has been to throw into disarray the measurement of inflation. Eurostat’s final estimate for inflation in the euro-area in January 2021 showed the biggest increase for a decade, from -0.3% year-on-year to 0.9% between December 2020 and January 2021, essentially due to one off factors. But while this attracted the most attention, the new composition of the consumption basket that will be used to calculate the price level throughout the year 2021, also published on