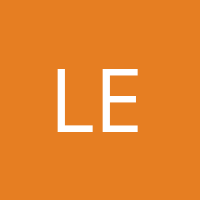 Economists’ recommended policies for dealing with climate change have an Achilles’ heel that could flare up within a few decades.  If we are to limit warming to internationally agreed-upon targets such as 1.5 or 2 degrees Celsius, global emissions need to not just to be zeroed out over the next decades but to become negative (e.g. Clarke et al. 2014, Rogelj et al. 2015, 2018, Hilaire et al. 2019, Realmonte et al. 2019).  If that happens, the world will actually be pulling more carbon out of the air than it puts in, for instance by chemically separating carbon from ambient air (‘direct air capture’).  But economists’ favourite policies cannot make negative emissions happen without massive government spending.  Fortunately, it doesn’t have to be this way.
Economists almost

END_OF_DOCUMENT_TOKEN_TO_BE_REPLACED

Estimating the economic impact of climate change from weather variation

We do not know how much climate change will cost us. Yet that cost is the ‘externality’ missing from fossil fuel prices (Gollier 2021), which needs to be incorporated by either taxing or capping carbon emissions (as in the EU Emission Trading System). Plausible assumptions about that cost could justify carbon prices anywhere from a few dollars to hundreds of dollars per tonne. The problem is that measuring the cost of climate change is inherently difficult because climate change is a novel experiment being run in real time on a global scale.
How could we back out the cost of future climate change from data available today? You have surely noticed that different places have different climates. So you might compare outcomes between cooler place A (say, Germany) and warmer place B