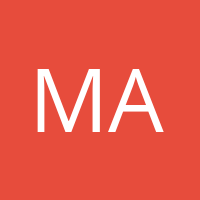 If you want your startup to be funded, everybody knows you have to dial up the energy and enthusiasm when you meet investors to the maximum. But is this really good advice for startups, and is a passionate pitch really a reliable signal for an investor? Song Ma of Yale School of Management used machine learning to evaluate thousands of pitches. He tells Tim Phillips whether passionate entrepreneurs make better startups

END_OF_DOCUMENT_TOKEN_TO_BE_REPLACED

China’s spectacular economic growth during the past four decades under a largely – and arguably, increasingly – authoritarian political regime has posed fundamental challenges to prevailing economic paradigms, generating renewed debates about the unique role of culture and history. Some have further argued that traditional Chinese institutions aided rather than impede China’s modernisation (Rosenthal and Wong 2011, Brandt et al. 2011). Recently scholars have turned their attention to contrasting the trajectories of monetary and financial institutions between Western Europe and China as a plausible explanation for their early modern divergence (Brandt et al. 2011, Ma and Rubin 2019). My own recent work provides an interpretative survey of China’s financial revolution during the