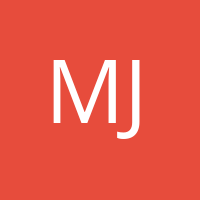 The past decade has seen no shortage of images depicting the plight of the refugee. Perhaps the most famous of these is the upsettingly iconic photograph from 2015 of a drowned Syrian boy face-down in the surf. It’s no surprise that this photo was so widely distributed. It is singularly harrowing and blunt—a harsh reminder of desperate voyages and the culpability of those who refuse to help displaced peoples. And perhaps the greatest tragedy of this photo is that it is no longer an outlier; depictions of the refugee in anguish are a constant in the news-cycle, with no end to similar snapshots of suffering.

END_OF_DOCUMENT_TOKEN_TO_BE_REPLACED

Despite their emphasis on anarchy and debauchery, Harmony Korine’s films about poverty are actually not very fun to watch. In fact, the director of Gummo (1997) and Spring Breakers (2012) has become somewhat notorious for his stylistic obsession with repulsive images, and his free-wheeling portraits of America’s forgotten lodgers often toe the line between cinema-verité documentary and horror. Though recently shifting to more comfortably comedic depictions of white-trash characters thrust into the limelight (with 2019’s The Beach Bum profiting off of marquis-friendly names like Matthew McConaughey and Zac Efron), Korine made a name for himself creating gritty handheld films about characters and communities that