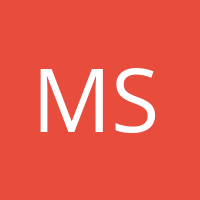 China and the WTO: How can they work together better?

Editor’s note: This is the final column in a three-part series on China and the WTO. Read the first two columns here and here.
In the first part of this three-part series, we argued that WTO members had high expectations that by admitting China into their midst, its economic system would gradually converge to the liberal economic system, which has been implicit in the GATT and then the WTO agreements. In the second part, we saw that many of China’s trading partners, in particular the US and the EU, feel that China has not lived up to their expectations.
This is a clear case of cognitive dissonance. China never committed to becoming a ‘market economy’ when it joined the WTO. It only promised to become a

END_OF_DOCUMENT_TOKEN_TO_BE_REPLACED

China and the WTO: An uneasy relationship

Editor’s note: This is the second in a three-part series on China and the WTO. Read the first column here.
On 11 December 2001, China officially joined the WTO. Its achievements since then have been truly remarkable. In 2001, China was the sixth largest exporter of goods in the world (fourth, if the European Union is counted as one unit). Since 2009, it has been the world’s largest goods exporter, surpassing even the EU bloc from 2014 onwards.
Fast export (and import) growth has boosted GDP growth and income levels. According to the IMF’s April 2021 WEO database, China’s GDP amounted to barely 13% of the US GDP in 2001. Twenty years later, this ratio is likely to reach 73%. During the same period, China’s

END_OF_DOCUMENT_TOKEN_TO_BE_REPLACED

China was one of the original contracting parties to the General Agreement on Tariffs and Trade (GATT) in 1947, but its status was deactivated in 1950 after the formation of the People’s Republic. For the next three decades, China had practically no contact with the agreement. But the situation changed in the late 1970s and early 1980s, following Deng Xiaoping’s economic reforms.
China formally sought the resumption of its status as a contracting party to the GATT in 1986, with accession negotiations starting the following year. Despite 20 rounds of negotiations, China and the incumbent GATT members failed to reach an agreement by 1995, when the WTO succeeded GATT. It then took another 18 rounds of