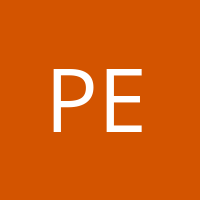 One of the icons of international economics, John Williamson, passed away in April of this year. I had the honour of being invited by the family to say a few words about John as a colleague at his Memorial on Sunday, 7 November 2021 at "Hemlock Grove", Woodend, Audubon Naturalist Society, where John volunteered (he was a very keen birdwatcher). The following is what I said.
In an age in which fundamentalism no longer slips between the shadows, but openly stalks the pastures of thought, and even the ramparts of Capitol Hill, John Williamson could be counted on to be the grown-up in the room.
He was seldom ‘black or white’ in his thinking. He revelled in the grey. In the nuance. He was neither ‘Dirigiste’ nor ‘Laissez-Faire’; neither fixed nor floating; neither full nor anti

END_OF_DOCUMENT_TOKEN_TO_BE_REPLACED

Paris has fallen. If the 200 countries gathered in Glasgow for the COP26 Climate Change Conference in November hit their agreements to reduce greenhouse gas emissions – and that doesn’t look likely – global temperatures would still barrel past commitments made six years ago in Paris to hold temperatures to less than 1.5ºC degrees above 1850 industrial levels according to the IPCC.1 In their Fifth Assessment the IPCC reported that we were already at 1.1ºC in 2017 and running at a pace likely to hit 1.5ºC in ten years (IPCC 2018). The airy narrative by some that we could save the world, create high paid jobs if only everyone committed to doing so and developing countries gave up on coal was always a weak reed. An expensive goal without a financial plan. The quicker we recognise

END_OF_DOCUMENT_TOKEN_TO_BE_REPLACED

Three steps to stop the health crisis turning into the biggest emerging market debt crisis
There is no discernible trade-off between health and GDP outcomes in 2020 (Figure 1). That’s one unenviable choice governments were saved from having to make. The economic impact of COVID-19 was highly differentiated, it was not just driven inversely to health outcomes. Early GDP estimates suggest that except for a few fragile states, factors driving GDP in 2020 were the degree to which countries were hit by the global cessation of trade, travel, foreign direct investment, and the degree to which they had the policy space to offset a widespread economic shutdown (Arezki et al. 2021).
Figure 1 Economic decline in the second quarter of 2020 vs rate of confirmed deaths

END_OF_DOCUMENT_TOKEN_TO_BE_REPLACED

The Trump administration’s denial of climate change slowed down international progress at a critical juncture. But not all failure to act can be laid at the door of one country. The international community as a whole abandoned the commitment to cap the increase in the average global temperature to 1.5°C (Intergovernmental Panel on Climate Change 2018). One critical reason is that while all of humanity will be affected by climate change, the initial impact is highly differentiated.
Many see climate change as a future threat, not a present reality. Meanwhile, those that climate change has already hit hard are falling under the radar. Old measures of vulnerability focus on past income per capita levels. We don’t need a new reason to deviate from conventions that hinge on gross

END_OF_DOCUMENT_TOKEN_TO_BE_REPLACED

Three changes to the regulatory framework for renewable energy to help save humanity’s future
The travel shut down in the wake of the spread of Covid-19 will provide but a temporary pause in the rise of global temperatures. Despite pledges by countries to avoid it, the prediction by the Inter-Governmental Panel on Climate Change (IPCC) that average temperatures will rise 1.5 ºC from pre-industrial levels by 2030 will be likely still met (IPCC 2018). By abandoning this cap, the international community has signed the death warrant of low-lying communities between the tropics of Cancer and Capricorn threatened by rising sea levels and more ferocious cyclones.
A 1.5 ºC rise in average temperature will set in train reactions that will impact all, and there is little