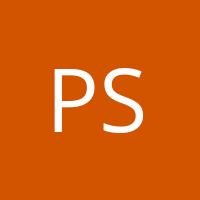 China and the WTO: Why Multilateralism Still Matters

An examination of China’s participation in the World Trade Organization, the conflicts it has caused, and how WTO reforms could ease them.

China’s accession to the World Trade Organization (WTO) in 2001 was rightly hailed as a huge step forward in international cooperation. However, China’s participation in the WTO has been anything but smooth, with China alienating some of its trading partners, particularly the United States. The mismatch between the WTO framework and China’s economic model has undermined the WTO’s ability to mitigate tensions arising from China’s size and rapid growth. What has to change? China and the WTO demonstrates that unilateral pressure, by the United States and others, is not the answer. Instead, Petros Mavroidis and André Sapir show that if the WTO enacts

END_OF_DOCUMENT_TOKEN_TO_BE_REPLACED

China and the world trade organisation: towards a better fit

China’s participation in the WTO has been anything but smooth, as its self-proclaimed socialist market economy system has alienated its trading partners. The WTO needs to translate some of its implicit legal understanding into explicit treaty language, in order to retain its principles while accommodating China.

China’s accession to the World Trade Organisation in 2001 was hailed as the natural conclusion of a long march that started with the reforms of Deng Xiaoping in the 1970s. However, China’s participation in the WTO has been anything but smooth. Its self-proclaimed socialist market economy system has alienated its trading partners. Two diametrically opposite approaches have been proposed to deal with the emerging problems. One is to demand that China changes its economic