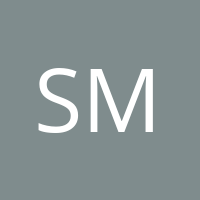 END_OF_DOCUMENT_TOKEN_TO_BE_REPLACED

Welcome back to the Tocqueville 21 Podcast!  As the war in Ukraine and the French elections have drawn most media attention for the past couple of weeks, we thought it might be helpful to take a step back and explore other topics of interest: namely, the fallout of the Covid epidemic, and the challenges faced by the global economy in transitioning to cleaner sources of energy.
This time, we sat down with Charles Dumas, chief economist of TS Lombard. An analyst with a long and storied career at institutions such as The Economist, JP Morgan and the London School of Economics, Charles is a prescient doomsayer, having predicted the dot-com bubble of the late 90s, the US housing bust of

END_OF_DOCUMENT_TOKEN_TO_BE_REPLACED

The Geopolitics of the French Presidential Election

The writing is on the wall for the 2022 French elections, and the word on everyone’s lips is perlimpinpin. With The Economist estimating a 90% chance of reelection for the incumbent president, what we are witnessing is less a pitched battle for the soul of the country and more a negotiated surrender by the political extremes to Emmanuel Macron and the centrists of La République en Marche. This has interesting consequences for two reasons.
First, this would make Macron the first president in 20 years to be reelected. This is major because of Macron’s unique position as an emergent candidate without a party and with a very personal mandate, signaling a lasting shift in French politics and a decisive

END_OF_DOCUMENT_TOKEN_TO_BE_REPLACED

This is the third in a series of analyses on the historical, geopolitical, and economic underpinnings of the Russian invasion of Ukraine, focusing on potential end points of the crisis. Part I establishes a parallel between Russia and 19th century Germany’s geopolitical constraints. Part II focuses on the economic ramifications of the Ukraine invasion. Part IV will examine the psychological aspect of the conflict, including the role fear plays in geopolitics.

His blitzkrieg has halted: the onslaught of tanks he unleashed against Ukraine

END_OF_DOCUMENT_TOKEN_TO_BE_REPLACED

This is part II of a four-part series on the Russian invasion of Ukraine, focusing on the economic ramifications of the Ukraine invasion. Part I can be found here. Part III will consider potential end points of the crisis. Part IV will examine the psychological aspect of the conflict, including the role fear plays in geopolitics.

War! The West has responded to the Russian invasion of Ukraine with a fresh salvo of economic restrictions. The sanctions have mostly targeted Russia’s financial institutions and some of the country’s elites, including Vladimir Putin and those closest to him. The Russian banking sector has been another major target: assets have been frozen, Russian financial involvement in dollar-based trade has been

END_OF_DOCUMENT_TOKEN_TO_BE_REPLACED

This essay is the first in a series of analyses on the historical, geopolitical, and economic underpinnings of the Russian invasion of Ukraine. Part I establishes a parallel between Russia and 19th century Germany’s geopolitical constraints. Part II will focus on the economic ramifications of the Ukraine invasion. Part III will consider potential end points of the crisis. Part IV will examine the psychological aspect of the conflict, including the role fear plays in geopolitics.

The balance of power in Europe has been broken.

One of her major political hubs, recently humbled, is now facing a crisis of identity. After its fall, the remaining great powers have ensured containment through careful treaties and diplomatic ties. For

END_OF_DOCUMENT_TOKEN_TO_BE_REPLACED

Welcome back to the Tocqueville 21 Podcast! We’ve got quite an interesting array of episodes planned for the coming weeks on topics ranging from Chinese policy to cyber-authoritarianism and the Ukraine crisis, so stay tuned.
Today, we turn our focus to East Asia; starting with a discussion on the nature of Article 9 of the Japanese Constitution, Leo Howard takes us through the geopolitics of the region and trilateral relations between China, South Korea, and Japan.
Leo Howard is IR and history researcher. Based out of the University of Edinburgh, Mr. Howard has also written for the Japan Times. He holds masters-level qualifications in both international relations and history,

END_OF_DOCUMENT_TOKEN_TO_BE_REPLACED

The 2022 presidential campaign launch of polemicist Eric Zemmour on the 30th of November caused a stir in the national French commentariat. In a video as (politically) flamboyant as a San Francisco Pride Parade, Zemmour brought his considerable oratory skills to bear and marshalled his understanding of French history into a simmering cocktail of despair. France, he intoned to the somber toll of Beethoven’s Seventh Symphony (ironically, he chose a German composer for his announcement), is in decline, beset on all sides by infidels and leeches, shepherded to its inevitable downfall by feckless, greedy elites. Only by returning to the tried-and-true, only by referring to its long and glorious history, can France turn back