Gulliver Unbound: America’s Imperial Temptation and the War in Iraq 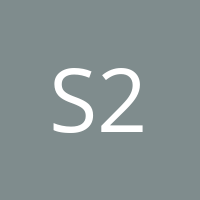 Renowned for his compassionate and balanced thinking on international affairs, Stanley Hoffmann reflects here on the proper place of the United States in a world it has defined almost exclusively by 9/11, the war on terrorism, and the invasion of Iraq. His analysis of the latter focuses on the misconceptions, ignorance, and incompetence of the Bush administration and shows how damaging this “war of choice” has been for America’s reputation in the world. Hoffmann’s perspective is uniquely informed by his place as a true global citizen-a public intellectual with one foot in Europe, the other in America. In this brilliant essay, he considers point by point the events and actions that have led America down the path of imperialism, becoming a power at once arrogant, victorious, and unilateral. Tracing the significance of 9/11 in the short term and over the long course of American history, Hoffmann explains the contradictions and the consequences for international order―and disorder.

My articlesMy books
Follow on:
Previous The Domestic Sources of American Foreign Policy: Insights and Evidence
Next America Goes Backward