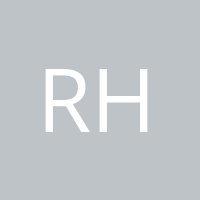 by
Rebecca Christie and Mathew Heim
My articles My books
Follow on:
Summary:
This blog is part of a series following the 2019 Bruegel annual meetings, which brought together nearly 1,000 participants for two days of policy debate and discussion.The European Union, the world’s largest consumer market, needs a clearer vision for how it wants to manage competition and state subsidies affecting European markets and consumers. As business becomes ever more inter-connected, however, increasingly complex challenges confront EU policymakers, enforcers and market players.Bruegel’s 2019 annual meetings offered a prime opportunity for European and national policymakers, academics and corporations to discuss the outlook and pace of change in this arena. The discussion was held under the Chatham House Rule, in order to allow a full and frank conversation. From merger strategy

This blog is part of a series following the 2019 Bruegel annual meetings, which brought together nearly 1,000 participants for two days of policy debate and discussion.

Bruegel’s 2019 annual meetings offered a prime opportunity for European and national policymakers, academics and corporations to discuss the outlook and pace of change in this arena. The discussion was held under the Chatham House Rule, in order to allow a full and frank conversation. From merger strategy to government subsidies, the conversation outlined the hard choices ahead.

Economic sovereignty remains one of Europe’s biggest challenges: how can the EU and member states keep watch over the EU economy and ensure control is not ceded to outside influences that might damage strategic EU interests, and also do so without being protectionist? While geopolitical issues are not new the challenges are accelerated: state-controlled companies’ increased internationalisation and strategic behaviour; the speed of digital technology evolution; and the rise of winner-takes-all markets and of scale. As a result, the role of government has increased in relevance.

Germany has been one of the member states at the forefront of this conundrum, issuing a joint position with France and Poland, proposing reforms to EU merger rules to tackle the impact of third country state-funded or controlled enterprises.  This issue will become increasingly important as such entities increase their global footprint or act to enable long-term industrial policy strategies of their home state. How do European and national competition and sector regulators work together to address these geopolitical challenges?

EU competition law can’t control other economies, but it can influence global thinking through guidelines, standards and even regulatory timing. In the past, the tight European review process has offered the European Commission a leadership role on global mergers also being scrutinised in other jurisdictions, notably as the main authority to consider remedies. This has increasingly come up against authorities who are willing to be the last to clear, and can therefore seek additional remedies not contemplated initially.

European authorities will need to think holistically to make sure their policies work together coherently instead of at cross purposes.  It has also been argued that the EU needs a policy approach that incorporates the impact of worldwide consolidation in certain key sectors. Should EU companies face fewer constraints on joining forces when they are up against tough global competition? At what point, if any, does it make sense to put global European business interests ahead of the impact EU domestic markets? This issue was at the core of the debate following the Siemens/Alstom prohibition. There are arguments that Europe should develop an industrial backbone, focusing on developing value chains in critical sectors. That said, there are dangers in relaxing conditions for merger approval, particularly where there are demonstrable negative economic effects. Furthermore, the EU should tread carefully before enabling new corporate entities that might be perceived as too “important” to fail and seek preferential treatment down the road or create deadweight loss. This would have spillover effects on the single market that could range far beyond the particular economic threat at the center of the initial decision.

So while competition policy cannot ignore industrial policies or geopolitical impact, it should be done carefully, without revolution and in particular safeguarding the positive elements of the EU system. It should not through direct political intervention. Mechanisms that permit political involvement in cases invites lobbying, not just by companies, but policymakers themselves, raising concerns about capture and special interest protection. It is particularly important that the EU competition system continues to be a world leading system to remain influential with those jurisdictions that play by a different rulebook.

Digital challenges, in forms of digitalisation of sectors and dominant digital platforms heighten the issue. Many of the world’s biggest consumer-facing technology companies are based outside the EU, yet European users have come to depend on them. The “winner take all” aspect of many digital markets raises the stakes for policymakers if limits are placed on an international technology company’s ability to act in their market, this may also restrict the services it is able to offer to European users.

Should competition enforcers be less risk averse and engage in experimental enforcement? One approach might be to revisit the way policy attempts to intervene in markets which are too concentrated for self-correction and by doing so, rebalance the “error-cost framework”. The European Commission’s expert report has floated the idea of shifting the burden of proof onto large companies, instead of competition enforcers requiring dominant digital platforms to show that they are acting in pro-competitive ways. This, however, is not a simple task as an approach that essentially implies companies are “guilty until proved innocent” poses fundamental questions about the rule of law and how the EU regulates in a free society.

Europe’s emphasis on business-to-business commerce and emerging technologies merit particular attention on this front, as actions taken to against perceived anti-competitive practices of firms from outside the EU could set a precedent that negatively affects successful European players or markets in ways that were not originally intended. An additional complication is how to address geopolitical tensions related to digital markets, given how sensitive these sectors can be and closely related to economic sovereignty.

In general, the EU needs to take a rigorous approach in developing new policies to address the question of anti-competitive harm. Only where there is a well-defined, empirically-backed concept can the Commission avoid miscalibrated ‘solutions’ that may do more harm than good. This is an issue not only for Europe’s response to the U.S.-based technology giants, but also to its dealings with large companies from jurisdictions where companies benefit from significant levels of government support, or even direction. There thus needs to be coherence between policies and tools, especially if competition policy is not the only tools to address an issue, in areas such as procurement and trade defence relating to state owed enterprises, or interoperability requirements in digital markets. New forms of regulation could be considered as a complement to competition enforcement.

About Rebecca Christie and Mathew Heim

Questions to the economy commissioner-designates