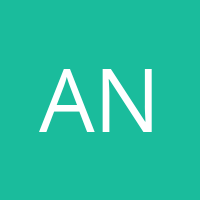 A. L. writes The impact of the crisis on smaller companies and new mechanisms for non-performing loans

There are fundamental solvency and liquidity issues for some small Chinese banks, widely influencing both the bond market as well as the broader financial sector. Given the difficulties in creating a level playing field between small and large banks, there is an expectation that small banks will continue to under-perform.

The latest bailout of the Bank of Jinzhou shows the intervention by the People’s Bank of China (PBoC) on Baoshang Bank was not an isolated event. There are indeed fundamental solvency and liquidity issues for some small Chinese banks, widely influencing both the bond market as well as the broader financial sector.

Baoshang Bank is a city commercial bank in Inner Mongolia and has been known as the first public government takeover since late 1990s with China Construction Bank, the second largest bank in China by asset size, entrusted to handle the business operations. Since then, there has been an increase in spreads in the bond market due to potential counterparty risk and contagion to other actors in the financial sector.

After the Baoshang Bank event, the widening spreads are very obvious for smaller banks’ most important source of funding, namely negotiable certificates of deposit (NCDs). In fact, the cost of funding through NCDs has gone up for riskier banks. In addition, bond issuance for lower rated banks dried up, with the majority of their plans being cancelled or delayed at peak. As a result, net bond issuance by banks has also collapsed in the second quarter, drawing deep contrast with non-financial firms whilst putting additional pressure on banks raising capital to meet regulatory requirements.

From a policy perspective, small banks are key lenders to small-and-medium enterprises (SMEs), making up the majority of loans extended to support smaller businesses. Investors’ perception of much growing risk embedded in small banks will make it harder for Chinese authorities to reach their goal of propping up banks lending to private firms and, in particular, SMEs. As such, the market’s reaction to the Baoshang Bank incident clearly shows fears of contagion to other small banks.

This has prompted the PBoC to react quickly and calm the market with a range of measures taken to ensure small banks have sufficient liquidity. To begin with, the PBoC has accelerated the pace to implement the deposit insurance scheme to increase confidence. On top of that, the limits of the rediscount and standing lending facilities (SLF) were raised to cover banks’ short term liquidity needs. In addition, NCDs, an instrument that the regulators have previously discouraged banks from issuing through the Macro Prudential Assessment (MPA), are now included in the PBoC’s eligible collateral.

Investors are right to be worried as China’s banking sector has become more dual over years with large banks being clearly sounder than small banks, and this trend has only accelerated. We expect the trend to continue on the back of smaller banks’ traditional liquidity and profitability struggles, as well as the disadvantages arising from the new government’s policy goal.

On the liquidity side, there are multiple reasons for the duality and the worsening. First, small banks are more reliant on alternative sources beyond deposits, which further deteriorated since the large capital outflows in late 2014 resulted in a clear reduction in their deposit base. Beyond the relative scarcity of deposits, the PBoC has made it harder for banks to concentrate their sources of funding on a single venues, such as the money market. In fact, the Macro Prudential Assessment (MPA) imposes clear limits on money market funding, which further squeezed small banks in terms of liquidity. Third, small banks tend to rely less on central bank liquidity due to their lack of collateral being accepted by the PBoC. For example, the PBoC does accept paper by policy banks and other large banks but not that of smaller banks.

Apart from more restricted funding channels, the tougher liquidity environment has encouraged small banks to look for business beyond traditional loans. In fact, many smaller banks switch towards shadow banking for regulatory leeway and profitability. As the consequence, when the China Regulatory Banking and Insurance Commission (CBIRC) put a stop in many shadow banking activities of banks, smaller banks are impacted more intensively due to larger exposure, challenging the profitability for smaller banks.

Beyond the fundamental balance sheet structure, there are also additional disadvantages for smaller banks, as the new government policy goal could create greater divergence. In order to meet the ambitious lending target to SMEs, large banks have relaxed their collateral criteria. The move means large banks are more competitive due to the lower funding costs in getting better clients, whilst small banks, which also need to face such target, are likely to end up with less sounding clients due to the higher funding costs, posing downside risks on asset quality.

Given the difficulties in creating a level playing field between small and large banks, we expect small banks to continue to underperform. This, however, does not equate to these banks defaulting. As shown in the cases of Baoshang Bank and Bank of Jinzhou, engineered takeovers by major banks will continue under the informal suggestion of the PBoC. We believe large banks still have room to accommodate such takeovers. This reduces systemic risk or, at least, defers it to a later time.

About Alicia García-Herrero and Gary Ng

My articlesMy books
Follow on:Twitter
Previous Germany’s Divided Soul
Next EU support for SME IPOs should be part of a broader package that unlocks equity finance