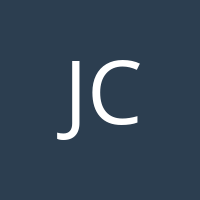 by
Jean Pisani-Ferry and Rebecca Christie
My articles My books
Follow on:
Summary:
This blog is part of a series following the 2019 Bruegel annual meetings, which brought together nearly 1,000 participants for two days of policy debate and discussion.Europe faces a global test of its resolve to work together while protecting its sovereignty. Global economic relations reflect new tensions between the U.S. and China, poles that increasingly define the international agenda. The European Union, home to the world’s largest single market, has a duty to chart a new course that harnesses the potential of cooperation in support of growth and prosperity.In June, Bruegel and the European Centre for Foreign Relations published a blueprint for harnessing Europe’s economic power to ensure it can determine its own economic destiny. Recommendations cover a wide range of areas, including

Jean Pisani-Ferry writes The Challenges of the Post-Pandemic Agenda

J. S. M. writes New challenges to transfers of personal data from the EU to the United States

This blog is part of a series following the 2019 Bruegel annual meetings, which brought together nearly 1,000 participants for two days of policy debate and discussion.

Europe faces a global test of its resolve to work together while protecting its sovereignty. Global economic relations reflect new tensions between the U.S. and China, poles that increasingly define the international agenda. The European Union, home to the world’s largest single market, has a duty to chart a new course that harnesses the potential of cooperation in support of growth and prosperity.

In June, Bruegel and the European Centre for Foreign Relations published a blueprint for harnessing Europe’s economic power to ensure it can determine its own economic destiny. Recommendations cover a wide range of areas, including how to respond to trade- and investment-distorting government subsidies; priorities for foreign direct investment into the EU; and European merger control policy. The paper makes the case that each of those areas offers a new opportunity to acknowledge the increasing overlap of economic and geopolitical strategy, and to help the EU position itself effectively on the world stage. In terms of trade distortions, it calls for using the European Commission’s existing state-aid toolbox to evaluate the extent of subsidies, even though non-EU countries are of course not subject to European single-market restrictions on such aid. For foreign investment, it raises the possibility that the EU might be able to take decisions by qualified majority voting when member states fear that a certain investment, while beneficial from a national standpoint, raises concerns for the EU as a whole. And it calls for the possibility for the High Representative for Foreign Affairs to evoke a security clause and weigh in on merger decisions with geopolitical ramifications.

The EU also needs to assess how to respond to the new geopolitics of development assistance and especially to decide whether to maintain total policy control of its development institutions and instruments, or whether it might benefit from leveraging its investment. An example of this second model is the Asian Investment Bank, an international financial institution based in Beijing, while the first model is the benchmark for the EU’s core institutions such as the European Investment Bank.

Bruegel’s 2019 annual meeting offered a strong venue to revisit these proposals with policymakers who will be key participants in shaping Europe’s response: Sabine Weyand, the European Commission’s new Director-General for Trade; Member of the European Parliament Maria Spyraki, part of the European People’s Party group; and Pierre Heilbronn, vice president for policy and partnerships at the European Bank for Reconstruction and Development. They were joined by two of the paper’s co-authors, Jean Pisani-Ferry of Bruegel and ECFR director Mark Leonard.

The Commission’s Weyand cautiously endorsed the paper’s concept and the approach, provided it is not used as a fig leaf for protectionist urges and nationalism. The paper’s authors made clear that it is not. As Leonard said, the process would require “very specific and clear criteria” that the Commission could use in making any related decisions. Weyand urged the EU to avoid aligning itself with either the U.S. or Chinese approach, instead aiming to hold its own and chart a new course on its own terms. Heilbronn concurred that the EU needs to work together to address the fragmentation that threatens to erode its influence.

A further concern was the tendency of institutional discussions to derail pragmatic policy responses. Weyand cautioned against triggering the sort of “navel-gazing” debate that could interfere with handling the very real policy challenges before us. Instead, the EU might benefit from further discussion about the relationship between policies in each member state, policies within the EU as a whole, and policies aimed at the outside world. Europe also needs to reinforce the existing multilateral order, so working within the World Trade Organisation – “painful and slow and difficult” as it is – remains the best option.

MEP Spyraki invoked Mario Draghi’s definition of economic sovereignty, which is reflected not in lawmaking power but the ability to control outcomes so that they respond to the fundamental needs of citizens. “The ability to make independent decisions does not guarantee countries such control. In other words, independence does not guarantee sovereignty,” she said. Another concern is the potential for lobbying and special interests to capture any new instruments for geopolitical decision-making, a concern also raised by Weyand. Without great care and attention to detail, the process could become subjective and easily swayed.

When raising the importance of security policy in trade and investment decisions, the EU must confront the potential for conflict between perceived national and EU-wide interests. Spyraki noted that the EU was simultaneously asking Greece to privatise its state-owned assets, raising concerns about Chinese investment in the Piraeus Port Authority, and not coming forward with EU-based investor teams. Furthermore, the port has become increasingly competitive since the Chinese took over its management, providing economic benefit to Greece and Europe as a whole.

The authors of the Bruegel and ECFR study take the position that it is possible to account for these concerns while also elevating security to a more prominent role in decision-making. Any investment in a European company gives access to the entire EU internal market, so there should be a procedure that makes it possible for a majority of member states to decide a certain investment is against the interest of the union as a whole. At the same time, to make this work there will need to be an instrument for helping the member state who would benefit from such foreign investment, and therefore has the most to lose if the project is blocked.

As Bruegel and ECFR make clear, the current juxtaposition of geopolitics and economics is a particular conundrum for the EU. Until now, European policy has largely reasoned as if the economic sphere could be completely isolated and completely separated most of the time. The world order has moved on and the EU must take steps accordingly.

About Jean Pisani-Ferry and Rebecca Christie

My articlesMy books
Follow on:
Previous Director’s Cut: The Green New Deal
Next Hybrid and cybersecurity threats and the European Union’s financial system