Home / Bruegel Think Thank / The European coronavirus response must be a solution, not more stigma

The European coronavirus response must be a solution, not more stigma 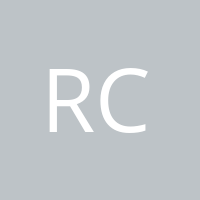 by
Rebecca Christie
My articles My books
Follow on:
Summary:
Lagarde needs a different bazooka in responding to a natural disaster like COVID-19. By: Rebecca Christie Date: March 18, 2020 Topic: European Macroeconomics & Governance When European Central Bank President Christine Lagarde said that closing sovereign borrowing spreads wasn’t her job, she was fighting the last war. The financial challenge posed by the coronavirus will require the European Union to jettison the rescue model developed in its debt crisis in favor of aid measures that bring the continent together, instead of driving it apart. Italy will be an early test of political will. The coronavirus has hit it first and hardest, laying waste to an economy already struggling with slow growth and weak prospects. It will surely need help to recover. But how? The euro area


A. G.-H. writes Covid-19 and emerging economies: What to expect in the short- and medium-term

Covid-19 and emerging economies: What to expect in the short- and medium-term

Lagarde needs a different bazooka in responding to a natural disaster like COVID-19.

When European Central Bank President Christine Lagarde said that closing sovereign borrowing spreads wasn’t her job, she was fighting the last war. The financial challenge posed by the coronavirus will require the European Union to jettison the rescue model developed in its debt crisis in favor of aid measures that bring the continent together, instead of driving it apart.

Italy will be an early test of political will. The coronavirus has hit it first and hardest, laying waste to an economy already struggling with slow growth and weak prospects. It will surely need help to recover. But how?

The euro area rescue tools assembled during the last economic crisis were designed to force good behavior out of the fiscally irresponsible, not to make repairs in the aftermath of a natural disaster. In trying to assuage the “moral hazard” concerns of the old guard, Lagarde opened the door to additional panic about the new.

Financial markets know the coronavirus is a universal threat, and they want to see a universal response. Singling out Italy, or any other country, as uniquely weak and isolated sends a message of fragmentation and political stigma that undermines other efforts to contain the damage.

The European Commission acknowledged the new reality in the coronavirus response package it unveiled on Friday. The EU plans to offer small-business loan guarantees, unemployment supports and leeway on centrally funded projects, as direct ways to ease the financial burden on its 27 member states.

On top of that, the Commission signaled willingness to waive many of the fiscal constraints it has spent so long trying to establish by offering extended “flexibility” in its budget rules and promises to rapidly approve national bailouts for beleaguered sectors. Italy has already reached the stage of economic damage necessary to earn broad waivers of the EU’s state aid rules, and other countries may soon join.

ECB actions are following suit, but the communication is lagging. At Lagarde’s press conference Thursday, the central bank unveiled an impressive, if understated, set of measures to support the eurozone and its banks throughout the COVID-19 crisis.

But she also set off fireworks by trying to distance monetary policy from national spending initiatives.

Her divisive comment, which she subsequently rolled back in a CNBC interview, showed the ECB is still leery of the political fallout from the euro crisis, which raged from 2010 to 2015 and threatened the single currency’s very existence.

Conservative politicians in countries like Germany, Finland, and the Netherlands railed against the irresponsibility of their euro-area counterparts and insisted that any aid be pinned to tight constraints. To avoid any whiff of “moral hazard,” they insisted that aid be granted at the last minute, in the lowest possible amounts necessary to do the job at hand.

That kind of just-in-time calibration would be ruinous if tried against 2020’s challenge. The coronavirus won’t respect national borders and neither should rescue budgets. Euro-area countries faced financial contagion in the last crisis, as borrowing difficulties in one country jumped to the others. In this one, the financial flames are being fanned by a literal disease.

This means the EU needs a new “whatever it takes” bazooka — the one unveiled in 2012 by Mario Draghi may not fly. When the ECB rolled out its Outright Monetary Transactions program of unlimited bond purchases, it said any countries wishing to use it would also need a euro-area rescue package from the European Stability Mechanism.

But the ESM only offers programs in exchange for a tough set of economic commitments. As a result, the OMT has never been used, and neither have the ESM’s precautionary programs, which require countries to commit to “corrective measures” and extensive monitoring. While five countries took euro-area bailouts during the last crisis, they only did so when all other options were exhausted. None wanted a follow-on precautionary credit line when their full programs ended.

Lagarde knows all of this. She had two different front-row seats during the euro crisis, first as French finance minister and then as head of the International Monetary Fund. She also knows the importance of acting to calm the markets. But what she forgot is the incredible vocal platform that comes with being ECB chief, and the responsibility to be a financial stability cheerleader as well as a political negotiator.

Like her central banking predecessor, Lagarde wanted to encourage euro-area countries to loosen their purse strings and commit to the kind of government spending that will be required to avoid a severe recession in response to the quarantine measures currently required. Lagarde was tapped largely because of her good relations with German policy makers and her ability to forge deals in the face of steep opposition.

Draghi’s frequent calls for fiscal action were met with strong resistance, and Lagarde hoped to turn the tide.

Hence she made a point of clarifying that the ECB would not engage in monetary financing, presumably to reassure hardliners that the central bank would not willy-nilly buy every bond issued by every country hoping to squeeze the most out of crisis conditions. When it comes to “more debt issuance coming down the road depending on the fiscal expansion” that governments undertake, “we are not here to close spreads. This is not the function or the mission of the ECB. There are other tools for that, and there are other actors to actually deal with those issues.”

In speaking directly to the hardliners, however, she alienated her new constituency, the global bond market.

Lagarde’s mistake echoes the promises made about troubled loans during the height of the U.S. mortgage woes. When the Obama administration took over from President George W. Bush and Treasury Secretary Henry Paulson, they were sure they could quickly solve the problem of pricing and clearing the bad loans clogging banks’ balance sheets. But when they dove in, they quickly ran up against the same technical obstacles.

Lagarde likewise may have thought she knew how to handle the Germans, only to find it’s more complicated in practice than in theory.

To her credit, Lagarde reversed course immediately, and the transcript of her official press conference remarks now also includes her follow-up statement that high spreads due to the coronavirus are part of the ECB purview after all. “I am fully committed to avoid any fragmentation in a difficult moment for the euro area,” she said. With any luck, the EU governments in charge of the spending spigots will follow her lead.

My articlesMy books
Follow on:
Previous The case for a derivative market programme
Next How can the EU prevent our economies from shutting down?

Was Coronavirus an escaped Chinese Bioweapon?