Is the EU Council agreement aligned with the Green Deal ambitions? 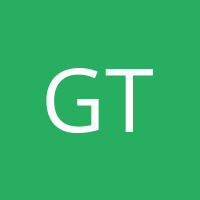 by
Grégory Claeys and Simone Tagliapietra
My articles My books
Follow on:
Summary:
On 21 July, EU leaders agreed on a €1.8 trillion package that should boost the recovery after the COVID-19 crisis, but also contribute to the advancement of key EU societal objectives, starting with the climate transition. In this blog post we assess the green ambitions of the package and evaluate its consistency with the European Green Deal. After 91 hours of negotiations, EU leaders agreed on 21 July on a €1.8 trillion package that will contribute to the EU’s economic reboot after the COVID-19 fallout, as well as to the advancement of the key EU societal goals, starting with the climate transition. The package combines €1,074.3 billion for the EU budgets for 2021-27 (ie, the so-called Multiannual Financial Framework, or MFF) and €750 billion for the new EU Recovery Instrument called Next

Z. D. writes Having the cake, but slicing it differently: how is the grand EU recovery fund allocated?

On 21 July, EU leaders agreed on a €1.8 trillion package that should boost the recovery after the COVID-19 crisis, but also contribute to the advancement of key EU societal objectives, starting with the climate transition. In this blog post we assess the green ambitions of the package and evaluate its consistency with the European Green Deal.

After 91 hours of negotiations, EU leaders agreed on 21 July on a €1.8 trillion package that will contribute to the EU’s economic reboot after the COVID-19 fallout, as well as to the advancement of the key EU societal goals, starting with the climate transition.

The package combines €1,074.3 billion for the EU budgets for 2021-27 (ie, the so-called Multiannual Financial Framework, or MFF) and €750 billion for the new EU Recovery Instrument called Next Generation EU (NGEU). This is sizeable, and also represents a major step forward for the EU given the first-time use of EU borrowing to fund grants.

Over the last months, both President von der Leyen and President Michel pledged to focus this package on the Von der Layen’s Commission “top priority”: the climate transition. In this blogpost, we assess the green ambitions of the agreed package and evaluate its consistency with the European Green Deal.

An overall climate target of 30% will apply to the total amount of expenditure from the MFF and NGEU. This entails that, in different forms and timings, between 2021 and 2027 around €547 billion of ‘fresh’ EU resources will be made available for the green transition.

This roughly represents a quarter of the investments required to reach a 50-55% emissions reduction target for 2030 – estimated at €300 billion per year. Given this order of magnitude, it is clear that only the private sector is in the position to deliver the necessary investments for the green transition. However, if properly invested, the EU funds have an important role to play, also by leveraging additional investments from governments and the private sector. This is particularly true for the so-called ‘enabling investments’, such as investing in smart electricity grids or electric cars charging infrastructure; those  are necessary to unlock private sector investments in clean energy and mobility solutions.

As we have argued before, this target should be handled carefully. Anticipated contributions to climate-related spending risks to be overstated. Not all these expenditures can be considered  green investment, or even  green spending, as they are very diverse, spanning from agriculture subsidies to research and innovation funding. This is why we suggested that the European Commission review the methodology of how expenditures are considered as contributing to climate objectives. The current methodology is deeply flawed, asstressed by the European Court of Auditors recently.

It is good to see that EU leaders responded to the challenge by asking the European Commission to develop an effective methodology for monitoring climate spending and its performance, and to report on it annually. That represents an important step to ensure that the 30% target realistically informs climate spending.

As part of the deal, EU leaders also agreed to update the EU 2030 emissions reduction target by end-2020. This is an important commitment, as raising the current target sends a clear message that the EU decarbonisation trajectory is decisively heading towards climate neutrality by 2050. And this is important to provide a clear signal to all market players regarding the speed of the EU green transition,  which enables them to make their investment decisions today.

In her very first speech in front of the European Parliament, President von der Leyen pledged to raise the EU emissions reduction target from 40% to 50-55% below 1990 levels. Chancellor Merkel recently stated that one of the key goals of the German EU presidency will be to build a consensus on this target revision among the 27 Member States. In its pledge, the EU Council significantly reinforces this process.

EU leaders halved the Just Transition Fund (JTF) compared to the Commission’s proposal, from €40 billion to €17.5 billion. This is one of the major downsides of the agreement, that saw significant NGEU investments into EU public goods (not only the JTF, but also health, research and international cooperation) being substantially cut to be able to reach a unanimous agreement. This cut to the JTF is clearly not welcome, as the instrument represents an important element to ensure the social inclusiveness and political acceptability of the green transition. Given this situation, it will now be even more important to prioritise carbon intensive regions – and notably coal mining regions – in the allocation of EU Structural and Cohesion Funds.

We previously suggested to enhance the JTF proposal by:

i) focusing the instrument on social support for populations in transitioning territories and, to a lesser extent, on land restoration,

ii) simplifying the allocation methodologies, to also include the aspiration of the countries’ transition strategies submitted to the European Commission,

Given the renewed funding constraints, we consider those suggestions to now be more important than ever.

The EIB should be able to do more in order to finance the green transition. That is why the decision to reduce the funds from NGEU devoted to InvestEU from €30.3 billion in the Commission’s proposal to only €5.6 billion in the Council’s agreement is not good news, as those funds were partly supposed to encourage the EIB to increase its investment in riskier, but potentially very rewarding, green projects.

However, the volume of new lending disbursed by the EIB has gone down every year since 2015, and its total outstanding amount of loans has fallen as well. Even without InvestEU, the EIB has clearly some margin of manoeuvre to act more forcefully: its capital ratio has gone up in recent years and its leverage has been going down since 2012. Also, according to its statutes (article 16.5), it can lend as much as two and a half times its level of subscribed capital (plus reserves and profits), which means its portfolio of loans could reach around €600 billion, compared to about €450 billion today. The EIB currently benefits from very favourable rates for its borrowing from capital markets and it would be a shame not to use this opportunity to finance worthwhile projects that can contribute to the fight against climate change.

We argued before that if EU countries are (unduly) worried about the EIB’s rating, a capital increase should be done. EU leaders now invite the EIB Board of Governors to review this by end-2020. This presents a unique window of opportunity, when the EIB could truly become the EU’s climate bank.

As part of the deal, EU leaders agreed to devote 40% of CAP expenditure to climate action. The CAP represents the second largest spending item in the EU budget after cohesion. Modernising the CAP has become more and more pressing, since there is strong evidence showing that, while it provides good income support, especially for richer farmers, it is far less effective when it comes to greening and biodiversity, in fact, it is even harmful to the environment. In order to implement this modernisation and ensure the effective 40% climate spending, the European Commission will need to take strong policy and monitoring actions over the next seven years. This is key to deliver on the European Green Deal’s environment and biodiversity pillars.

EU leaders agreed to provide the Union with new own resources to pay back funds raised under NGEU. They agreed on a new plastic levy that will be introduced in 2021, as well as on a carbon adjustment measure also to be prepared in the first half of 2021. EU leaders asked the European Commission to propose a revision of the EU emissions trading scheme (ETS) in a way that it extends to the aviation and maritime sectors. Here we would have hoped for a much stronger position on carbon pricing. As businesses rethink value chains after the COVID-19 crisis, and as governments inject stimulus into depressed economies, the role of carbon pricing in shaping growth is today larger than during normal times. The call to revise the ETS is welcome, and should not only focus on sectorial expansion, but also on the reduction of the number of allowances put onto the market by EU countries to increase their price. EU leaders should have also prioritised a reform of the Energy Taxation Directive, which is key to decarbonise transport and heating.

It is fair to say that the package does not betray the European Green Deal. It is now up to individual EU countries to submit national recovery plans that are really green, and to the European Commission to duly monitor them. In general, this is the greenest recovery plan the world has seen so far.

About Grégory Claeys and Simone Tagliapietra

My articlesMy books
Follow on:
Previous REOPENING EUROPE – Reopening Governance?
Next The Challenges of the Post-Pandemic Agenda