Full employment, capitalism – and beyond

by
chris
My articles My booksMy videos
Follow on:
Summary:
Is genuinely full employment possible? And if it is, is it compatible with capitalism? These are questions raised by President Biden’s ambition for an economy where “employers have to compete for workers.” This, he hopes, will “give workers more ability to earn a higher wage” and “the power to demand to be treated with dignity and respect in the workplace.” This, he claims, “isn’t just good for individual workers, it also makes our economy a whole lot stronger.” This might not be a purely American question. James Meadway has argued that a world of ongoing pandemic risk “is one in which the balance of power at work can shift dramatically back in favour of labour.” Certainly, there’s a precedent for por-worker policies making economies a whole lot stronger. In the 50s and 60s western

Is genuinely full employment possible? And if it is, is it compatible with capitalism? These are questions raised by President Biden’s ambition for an economy where “employers have to compete for workers.” This, he hopes, will “give workers more ability to earn a higher wage” and “the power to demand to be treated with dignity and respect in the workplace.” This, he claims, “isn’t just good for individual workers, it also makes our economy a whole lot stronger.”

This might not be a purely American question. James Meadway has argued that a world of ongoing pandemic risk “is one in which the balance of power at work can shift dramatically back in favour of labour.”

Certainly, there’s a precedent for por-worker policies making economies a whole lot stronger. In the 50s and 60s western economies had fullish employment (for men at least). And profit rates and equity returns were good: the S&P 500 for example delivered a real total return of 9.1 per cent per year between 1952 and 1972, which is even better than it has done in the last 20 years.

There are good reasons for this. Because workers tend to spend more of their income than billionaires, transferring cash to them can boost demand. The assurance of high demand can encourage firms to invest more. And the prospect of rising wages should incentivize them to invest in labour-saving technologies – things which can boost productivity. Through these mechanisms, everybody wins. This is what Marc Lavoie and Engelbert Stockhammer call wage-led growth (pdf).

But can we really return to the 1950s? One reason for thinking so is that anti-labour policies and low taxes in most developed economies have led to slower growth in both output and productivity. This fact, say Özlem Onaran Giorgos Galanis, suggests that wage-led growth is possible (pdf).

I have my doubts, however. As Steven Marglin and Amit Bhaduri – and the bitter experience of the 1970s crises - showed, cooperative capitalism is only one possibility (pdf). It is also possible that full employment will squeeze profit margins and depress animal spirits and investment, resulting in lower growth and the end of full employment.

The first thing to note here is that the full employment Biden has in mind is very different to that of the 50s and 60s. Back then, aggregate demand was high largely because of high private sector demand, in part because the war had created a backlog of demand for civilian capital goods; the federal budget was in rough balance for much of this time. Biden’s ambition for full employment by contrast is founded upon an expansion in public investment. That’s an admission that in a world of capitalist stagnation, the private sector won’t get us to full employment.

There is, however, an offsetting mechanism. It’s that neoliberalism is performative; it creates behaviour as much as describing it. For the last few decades the ruling ideology has been that low wages and low taxes are business-friendly. Capitalists might well therefore regard a world of rising wages and higher taxes as a scary prospect, and so they’ll depress animal spirits and capital spending. Also, whilst in the 50s and 60s businesses had the technical skills to replace labour with capital, these skills might well have been lost after years in which the question for businesses has been of how to exploit cheapish labour: “robots taking jobs” is something which is much more discussed than observed – as indeed, the productivity stagnation demonstrates. Sustained high aggregate demand, then, might not be sufficient to kick-start productivity growth.

There’s another reason for doubt. Remember a basic national accounts identity for profits. By rearranging the facts that GDP is equal to both the sums of expenditures and incomes, we get:

This tells us that if consumption (C) rises as much as wages then – ceteris paribus – profits (and indeed the share of profits in GDP) don’t change. What capitalists lose in high costs they recoup in higher revenues.

For much of the 50s and 60s this was indeed the case. In the early 70s, however, C grew more slowly than W and so profit margins were squeezed: this was more pronounced in the UK than US. I fear this could happen again if workers use higher wages to reduce debt or simply if those higher wages result in the government clawing back tax credits. (There’s also the issue that, with economies more open now than in the 50s and 60s, higher wages will leak more overseas in the form of increased imports rather than domestic demand.)

Even if all my doubts are wrong, however, there’s another problem: do capitalists really want full employment even if it is compatible with decent profits?

One problem here was famously described (pdf) by Michal Kalecki:

Under a regime of permanent full employment "the sack" would cease to play its role as a disciplinary measure. The social position of the boss would be undermined and the self assurance and class consciousness of the working class would grow. Strikes for wage increases and improvements in conditions of work would create political tension. It is true that profits would be higher under a regime of full employment than they are on the average under laisser-faire…But "discipline in the factories" and "political stability" are more appreciated by the business leaders than profits. Their class instinct tells them that lasting full employment is unsound from their point of view and that unemployment is an integral part of the " normal " capitalist system.

The other problem is that recent years have in the UK and US seen a big increase in the influence of finance capital relative to that of industry. And whilst full employment might have been good for General Motors (it increases demand for cars) it is not so good for Goldman Sachs. Finance capital requires low interest rates both to support asset prices and to render profitable strategies of “picking up pennies in front of a steamroller.” Low rates, however, require a sluggish economy. 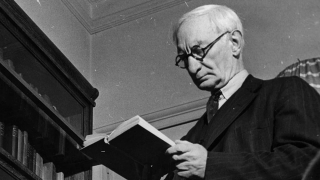 Biden’s hopes for full employment are therefore a bold experiment. But what if they fail?

The answer is not to retreat back to regressive neoliberalism. Instead, as Marglin and Bhaduri concluded, we must “recognise the ultimate desirability of making accumulation independent of profitability”.  As William Beveridge wrote in 1944:

If…it should be shown by experience or by argument that abolition of private property in the means of production was necessary for full employment, this abolition would have to be undertaken. (Full Employment in a Free Society, p23)

Mainstream economists have long forgotten this – if indeed they ever knew it – and have discussed employment and inflation on the implicit assumption that capitalistic ownership is immutable. But it needn’t be. James Meade and Martin Weitzman, for example, thought the solution to the collapse of wage-led growth was to introduce a big dose of profit sharing between capitalists and workers. As long as firms’ aggregate revenues – wages and profits combined – are growing well, they (only might) have an incentive to expand.

Of course, a lot of work needs doing on the precise form such post-capitalistic ownership structures will take: it’ll vary from industry to industry and country to country. And it poses the question: what function do capital-owners actually fulfil?

But that’s my point. Biden’s talk of fiscal expansion, higher minimum wages and full employment shows that the left has won a lot of intellectual battles. But the ultimate battle – about who should own companies and how – has barely even started.

My articlesMy books
Follow on:
Previous Playing the victim
Next On economic intuitions

Banks in a net-zero Europe