Skill as a social construct

by
chris
My articles My booksMy videos
Follow on:
Summary:
Imagine we lived in a society scared of germs, which prized cleanliness not only as a way of ensuring good health but also of improving productivity as people avoided the sniffles and minor ailments. In such a society good cleaners, who could get a place really spotless, would be highly valued and paid. This isn’t a wholly fanciful example. In industries that need ultra-clean rooms, such as semi-conductor manufacturing, cleaners are indeed well-paid and valorised. It tells us that the value we attach to jobs is a product of culture. A germophobic culture would regard good cleaning as a skill and pay accordingly for it. You might think such a culture would be irrational. Maybe, maybe not. But the valuations our current society attaches to some jobs is also irrational. City University’s

chris writes In search of the centre ground

In search of the centre ground

Imagine we lived in a society scared of germs, which prized cleanliness not only as a way of ensuring good health but also of improving productivity as people avoided the sniffles and minor ailments. In such a society good cleaners, who could get a place really spotless, would be highly valued and paid.

This isn’t a wholly fanciful example. In industries that need ultra-clean rooms, such as semi-conductor manufacturing, cleaners are indeed well-paid and valorised. It tells us that the value we attach to jobs is a product of culture. A germophobic culture would regard good cleaning as a skill and pay accordingly for it.

You might think such a culture would be irrational. Maybe, maybe not. But the valuations our current society attaches to some jobs is also irrational. City University’s David Blake has shown that “the vast majority of fund managers” are “genuinely unskilled.” If we regard skill as a matter of technique, this is correct: they don’t beat tracker funds. But skill isn’t just about technique. It’s about what gets valued. Those fund managers are paid handsome salaries because they are valued even though they lack technical ability.

Similarly, Nick Bloom and John Van Reenen have shown (pdf) that there is “a long tail of extremely badly managed firms” and Paul Ormerod and Bridget Rosewell have shown (pdf) that “firms have very limited capacities to acquire knowledge about the likely impact of their strategies.” In many cases, therefore, managerial “skill” is technically lacking. But their pay suggests otherwise. 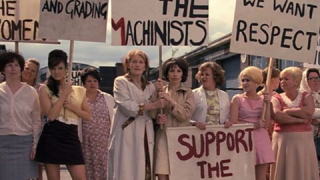 Skill, then, is a social construct – the result not just of technical ability but of what society values, what it sees (which might not be there), and what it doesn’t see. This is a longstanding theory (pdf) in sociology, but a perspective missing from economics. Economists talk about demand curves and value -added. But doing this they are entering the play during the second act, missing the one that describes the cultural formation of value and demand curves and hence of skill.

For example, in the 1960s the women who sewed car-seat covers for Ford were seen by managers as unskilled and paid accordingly. But in fact – and as the women proved – such work was difficult. It was seen as unskilled not because it was technically easy, but because it was women’s work. It’s not obvious that such gender-based perception of skill has wholly vanished: it might explain why care work is under-valued.

Ian Hampson and Anne Junor give us another example, that of an education support worker helping a disabled child (pdf):

She had acquired the haptic skills of having a constant ‘feel’ for the way the child’s muscle system was coping with spells of standing. She contributed to the stable and happy climate of the centre by unobtrusively managing medication, ambulance calls and feeding without interrupting the f low of class activities. She needed negotiation skills at the level of problem-solving and solution-sharing, to shape other children’s responses and to guide parents. She managed awkward ‘upward’ feedback, convincing a higher-status classroom teacher to forego exciting new teaching methods that were actually causing the child to regress. These skills appear mundane, but were subtle sources of social development.

She is, not, though, paid and valorised as a skilled worker.

Philip Moss and Chris Tilly point to another example. Young black men, they say, are perceived as lacking soft skills – the sort that don’t carry formal credentials – and so are under-represented in jobs requiring these. Just as “skill” is gendered, so it is also race-based.

Harry Braverman points (pdf) to yet another example. In the early 20th century, he says, an ability to ride a horse and carriage was seen as unskilled whilst the ability to drive a car was a skilled job. Today, it is the opposite way round.

We might add to all this David Graeber’s theory of bullshit jobs. Flunkies and box-tickers do jobs which they themselves regard as lacking social value. But they are often paid as skilled jobs because they have private value to their immediate bosses who want to build their empires*.

And of course, there is the matter of unpaid care work. Frances Coppola tweeted today:

Underlying the casual assumption that families can care for relatives themselves is a toxic belief that people - especially older women - who give up work to take on the care of relatives aren't productive anyway.

They aren’t productive because of a social construct – that in capitalism the only labour that has value, and so is productive, is that done for profit. The wages for housework campaign challenges this – and in doing so shows us that other valorizations are possible.

There are several elements of the social construction of skill:

- Marginal product. This approach is entirely consistent with the idea that wages equal marginal product**. It’s just that our ideas of what is a high marginal product are a matter of taste and ideology. In a fabulous paper (pdf) the late Werner Troesken showed that snake oil sellers were highly productive for decades even though their products were mostly useless, making them much like fund managers today. And footballers (and top sportsmen generally) are much more highly valued now than they were in the 60s or 70s. What’s changed isn’t their technical skill – Fred is not a better footballer than Bobby Charlton was – but our sense of value.

- Payment for the bare minimum. In some jobs, we pay the bare minimum for the bare quality of work. In others, we pay extra for “talent”. Which it is can be a matter of power and preferences, not just technical ability. For example, although most care-workers are paid the bare minimum, skilled ones can get more by escaping the maw of council sub-contractors and going private. And where “talent” is rewarded it is often not actual ability that matters but the fact of having proven that one is just good enough – which is why many professions are dominated by mediocrities, as Marko Tervio has shown.

- Management recognition. We’ve all rang up call centres and found that some staff are immensely helpful and efficient and others less so. Such helpfulness, however, doesn’t always bring with it appropriate pay. As Hampson and Junor say, some skills are unrecognised because they “lack managerial authorization.”

- Avoiding externalities. Oil workers are well-paid and valued – if, that is, you ignore the pollution they generate. Similarly, many bankers seemed skilled before 2008 because we under-rated the risk pollution they were generating. And (some) journalists, columnists and rentagobs have private value, because the intellectual pollution they cause isn’t priced.

My point here is that value and productivity are not exogenous technical data. They are instead the product of societal judgments which valorize some activities and de-valorize or under-valorize others.

Which suggests that both left and right are missing a trick. We can raise the wages of the low-paid not by creating shortages or by hiking up the minimum but by a shift in what we valorize and don’t. It’s easy to imagine – unless you’ve been captured by capitalist realism – a society that is reasonably egalitarian simply because it values cleaners and care workers more and bosses, financiers and bullshit jobs less.

Of course, this isn’t to say we can simply think ourselves richer: I’m talking about relative values here. And of course cultural change takes time. But we should start the process. Which requires us to recognise that skill and productivity are social constructs. And what we build, we can change.

* Graeber’s theory is more economically orthodox than his admirers would want to admit. It’s an example of the point Michael Jensen made in 1989 – that listed companies with dispersed shareholders have inadequate oversight of managers who can therefore pursue their private interests at the expense of shareholders. These interests might include building an empire of bullshit jobs.

My articlesMy books
Follow on:
Previous In search of the centre ground
Next The house price puzzle

Has economic moderation contributed to the decline of social democratic parties?