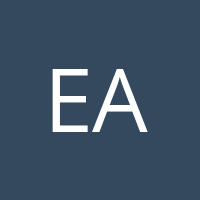 by
Ewa Atanassow
My articles My books
Follow on:
Summary:
Share the post "Brexit, Tocqueville, and Popular Sovereignty" The 2016 Brexit referendum was called to decide a seemingly simple question: Should Britain remain part of the European Union, or leave it? Running on a memorable slogan, the Leave campaign argued that Britain should take back control over its laws and its fate by regaining sovereignty over its borders. Three years hence, the complex implications of this question, and of the tenuous answer delivered by the referendum, have led to a constitutional crisis of historic proportions. Today the country that reinvented republicanism and popular sovereignty for the modern world seems unable to resolve questions of sovereignty, or evince a shared notion of the public good. From a Tocquevillean perspective,


Céline Henne writes Do Better: Truth and Good as Process

B. T. writes There is little evidence citizens with populist attitudes are less democratic

Individualism, Tyranny, and the Coronavirus

The 2016 Brexit referendum was called to decide a seemingly simple question: Should Britain remain part of the European Union, or leave it? Running on a memorable slogan, the Leave campaign argued that Britain should take back control over its laws and its fate by regaining sovereignty over its borders. Three years hence, the complex implications of this question, and of the tenuous answer delivered by the referendum, have led to a constitutional crisis of historic proportions. Today the country that reinvented republicanism and popular sovereignty for the modern world seems unable to resolve questions of sovereignty, or evince a shared notion of the public good.

From a Tocquevillean perspective, Britain’s crisis of purpose and self-understanding could be viewed as a tension between two dimensions of democracy, each claiming its own chapter at the outset of Democracy in America. First in the book’s analytical order is democracy as a social condition (which Jacob Hamburger recently unpacked for this blog). At the heart of it lies the passion for equality, which presses against any social distinctions and legal barriers. Second in the book, though in Tocqueville’s view, comes popular sovereignty: the principle of political self-rule that affirms membership in a particular group, and implies borders to civic rights and belonging. If social equality rests on the sentiment of universal similitude (Tocqueville’s untranslatable le semblable), the republican principle bespeaks a particular solidarity based on shared history, political experience, and a distinctive way of life, in a word: on difference.

Can these two meanings of democracy be reconciled? Is it possible to square democracy’s universal promisewith the reality of borders and the particularity of national citizenship? How to reconcile Britons’ sense of their own political and cultural distinctiveness with the boons of integration, and the social and legal change it leads to? This, I suggest, is the central question underpinning Tocqueville’s work and the . Taking a closer look at how Tocqueville tackles this question could help us plumb the depths of Britain’s (and Europe’s) predicament.

The short chapter On the Principle of Sovereignty of the People in America explores the meaning of popular sovereignty and its historic ascent in the New World. It opens with two striking claims. The first is that “nearly all human institutions” rest on popular foundations: the people are “more or less always” the fountain of legitimacy. If there are exceptions to this rule, Tocqueville offers no examples. His wording intimates that even regimes claiming to be based on alternative principles are fundamentally popular: to endure they require widespread belief in their validity, i.e., popular consent.

The second assertion is that this political fact usually lies “as if buried”: for a political order to function, its foundational truth must often hide “in the shadows of the sanctuary.” Political life “ordinarily” rests on obfuscation. The flipside of this claim is that if all, or “nearly all,” human institutions rest on a popular base, only popular regimes that explicitly recognize this fact are true to their foundation. Tocqueville’s chapter, then, seems to open with a bold endorsement of republicanism.

And yet, as the next paragraph suggests, neither the republican principle nor invocations of national will based on it are in themselves conducive to freedom and human flourishing. Such principles and invocations have belonged to the toolkit of “schemers of all times and despots of all ages.” As if gesturing to our own moment, Tocqueville warns that demagogic attempts to claim (or manufacture) popular legitimacy are as old as politics itself, and that they can lead to despotism as well as liberty.

What distinguishes American democracy, then, is not the legitimating principle on which it rests, but the particular way this principle is put into institutional and social practice. If popular sovereignty is the foundation of all politics, once “recognized by the mores, proclaimed by the laws,” it transforms not only political institutions but social relations in general. To illustrate this, Tocqueville gives a quick paced account of the American revolution. Having shown in previous chapters that “from the beginning, … the sovereignty of the people had been the generative principle of most of the English colonies of America,” the popular sovereignty chapter tells the story of how this fecund principle rose to become “the law of laws” of the American regime.

Two obstacles stood in the way of popular sovereignty in the North-American colonies: social hierarchy and subordination to Britain. The Revolution was critical to overcoming both. In Tocqueville’s telling, social equalization and political independence went hand in hand in America, and both were propelled by what Edmund Morgan referred to as “inventing the people.” Once the existence of an American people distinct from the British was proclaimed, democratization and constitutional change proceeded apace. In the wake of independence, the colonies-turned-states revised their fundamental charters not merely by invoking popular sovereignty in principle, but by effecting it in practice: amending property laws, extending suffrage, and experimenting with new democratic forms. So irresistible was the popular élan that the classes that stood to lose most hastened the triumph of the new democratic order.

Readers of Tocqueville have long noted his puzzling silence on the Declaration of Independence, which inaugurated the American Revolution by spelling out its universal principles and, as a result, became central to the American self-understanding. Some have gone so far as to suggest that, by omitting to acknowledge this momentous document, Tocqueville profoundly misunderstood American society and its political identity. Arguably, though, there is a method to this omission, and a counterclaim too. While universal in scope, the principles of the Declaration were wielded as an instrument of people-building. Although America first declared to the world the creed of human rights as the basis of its own society, and modern democracy, what shaped the American way is not merely the declaration of abstract principles, but their concrete embodiment in particular institutions, and their deep roots in American mores and beliefs.

The popular sovereignty chapter’s final paragraphs state its main point: the great novelty of American democracy is the astonishing degree to which the principle of popular sovereignty has been elevated to actual practice, and the variety of political forms it has produced. The rest of Volume 1 explores this variety: the full range of spontaneous and established associations, participatory and representative institutions that allow the people to exercise political power.

Tocqueville depicts American institutions—from the New England township, in which he glimpses an image of ancient Athens, through the state and federal governments —as different modes of popular self-rule.  The difference between these forms could be understood as functional: various applications of the same principle “according to the necessity of the case.” Despite the variety of ways in which they articulate this principle, all institutional arrangements have a single legitimating force: the people, and a single court: public opinion. This is why, as one chapter heading has it, “It Can Be Strictly Said That in the United States It Is the People Who Govern.”

Later in Volume 1, Tocqueville famously credits popular rule with the “real advantages” of America’s democratic government, including public spiritedness, commitment to rights, and respect for law. In his presentation, what has allowed “the Anglo-Americans” to establish and maintain democratic liberty are the ways in which the people literally govern and are actually sovereign, as opposed to merely being said to be so.

The popular sovereignty chapter with a striking claim: “The people rule the American political world as God rules the universe. It is the cause and the end of all things; everything arises from it and everything is absorbed by it.” Peoplehood, Tocqueville seems to suggest, is to democracy what God is to religion: the alpha and omega, its source and rationale. But while a faith in the people may be a common feature of all democracies (just as faith in God defines religious believers), how peoplehood and sovereignty are understood makes all the difference to the character and quality of popular rule.

Tocqueville admired the American Union, then less than 60 years old, for the institutional imagination that allowed it to balance the seemingly incompatible advantages of extended size and popular participation, of national administration with regional identities and local self-government, of similarity and difference. His work foregrounds popular moeurs—the shared customs and understandings of the purposes and norms of communal life—as a key to that balance.

But despite his admiration, Tocqueville also recognized the fragility of the American achievement, and of the Union itself. Calling attention to the inherently contested character of American peoplehood, he pointed to two sets of dangers that beset American society, and democracies at large.

The first flows from a narrow definition of the people as a pre-determined, static monolith, bound by ascriptive notions of race and heritage. Fully diagnosed in the famous chapter on the tyranny of the majority, this threat issues from the people’s equating the political good with the moral good, the numerical majority with the substance of democratic rule—or in Tocqueville’s formulation, the “sovereignty of the people” with “the sovereignty of the human race.” Explored at length in the final parts of Volume 1, this danger is epitomized by the racial policies of the new republic, which denied a part of the population not only membership in the people and the benefits of citizenship, but also their very humanity. With rare passion, Tocqueville berated race relations in America, and blamed their aggravation on the opportunistic populism of Andrew Jackson, whose portrait now adorns the Oval Office.

Yet if one problem rests with an essentializing view of the people as a hard-edged, tyrannical whole, the other, depicted in Democracy in America’s final chapters, consists in losing sight of peoplehood altogether and, with it, of political agency and freedom. In this latter scenario further down the egalitarian road, the character of the people is stretched and diluted to the point of disappearance. No longer bound by collective categories or civic membership, the citizens are reduced to an indiscriminate mass: a “crowd of similar and equal men,” each stranger to the destiny of the others and to the idea of directing one’s own life. As discrete identities lose their meaning and legitimacy, so do political and existential alternatives. The space for choice and action radically shrinks, and self-rule gives way to a top-down technocratic governance, laboring for the happiness of all by relieving each from “the trouble of thinking and the care of being.”

How to navigate the twin dangers of nationalist tyranny that lionizes differences to the point of conflict, and the despotic tendencies of cosmopolitan bureaucracy nudging its way toward uniformity? Is it possible to steer between Scylla and Charybdis, that eternal liberal metaphor, in our globalizing world? And if so, by what means? This seems to be the puzzle at the heart both of Democracy in America, and the Brexit drama unfolding before our eyes.

The author wishes to thank Jacob Hamburger and Alan S. Kahan for their helpful comments.

My articlesMy books
Follow on:
Previous Judith Shklar’s Teaching Statement
Next Toward Democracy