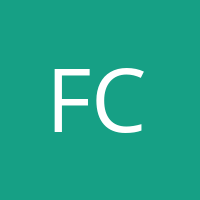 by
Felix Chaoulideer
My articles My books
Follow on:
Summary:
Share the post "Obama and Trump, Pragmatists?" The week after Donald Trump was elected, Barack Obama held a press conference in which he called the then-President-elect “pragmatic.” Did Obama see in Trump the same flexibility and realism for which Obama himself has so often been praised? Or was Obama just being tactful, trying to calm a turbulent 2016 campaign with an empty compliment? Before we can establish whether Obama and Trump share a basic approach—however differently executed—to the presidency and democracy, we need a clear picture of what Obama’s “pragmatism” entails. Although Obama never offered a formal definition of his pragmatism, The Audacity of Hope presents his general understanding of the nature of democracy. There, he argues that the U.S.

The Future of the EU: Too Many Plans, Too Many Hands

The week after Donald Trump was elected, Barack Obama held a press conference in which he called the then-President-elect “pragmatic.” Did Obama see in Trump the same flexibility and realism for which Obama himself has so often been praised? Or was Obama just being tactful, trying to calm a turbulent 2016 campaign with an empty compliment?

Before we can establish whether Obama and Trump share a basic approach—however differently executed—to the presidency and democracy, we need a clear picture of what Obama’s “pragmatism” entails.

Although Obama never offered a formal definition of his pragmatism, The Audacity of Hope presents his general understanding of the nature of democracy. There, he argues that the U.S. Constitution, the document which embodies the healthy functioning of our democracy, should be read as “a conversation to be had,” rather than as “a house to be built.” In this shift of metaphor, Obama gives an insight into his own pragmatism. If the Constitution and our democracy are houses to be built, it would seem we possess the blueprints in advance; they are ideals which we work to realize. In other words, democracy is understood as teleological, and everything is done for the sake of a given end, prescribed by the Constitution. Yet Obama moves away from such a teleology. Instead, he suggests that the Constitution is most productive when understood as a living document, and our democracy most successful when treated as a living organism.

The day after Trump’s election, Obama said: “I think of this job as being a relay runner. You take the baton, you run your best race and hopefully by the time you hand it off, you’re a little further ahead, you’ve made a little progress.” This turn of phrase was not just some post-election platitude. It’s indicative of Obama’s general view of the presidency and democracy. The analogy is strikingly unspectacular. Obama makes no allusion to the fulfillment of some American ideal, or of living up to the vision of the Founding Fathers. The presidency is a “journey,” and it must be treated as such: an ever-changing position which requires ever-changing action. Absolute ideals have no place in this necessarily adaptive office.

And, though Obama does not often speak explicitly about democracy as a fundamentally evolutionary project, his language reminds us that ideals should not be the guiding force of our politics. “In sum,” Obama writes in The Audacity of Hope, “the Constitution envisions a road map by which we marry passion to reason, the ideal of individual freedom to the demands of community.” The marriage of individual freedom to the demands of community is a metaphor which denounces the supposed primacy of individual freedom and reminds the reader that a successful democracy is not one which blindly defends values or ideals, but one which maintains them insofar as they contribute to a flourishing life in changing times.

When Obama praised Trump for his supposed pragmatism, he said, “I don’t think he is ideological. I think ultimately he’s pragmatic in that way. And that can serve him well, as long as he’s got good people around him and has a clear sense of direction.” Obama was putting a positive spin on Trump’s apparent lack of a clear governing agenda. Trump is less wedded to any concrete policy goal than most politicians. And, ostensibly, this makes Trump less ideological.

But pragmatism is not exactly the opposite of explicit idealism. The popular understanding of pragmatism as simply “doing what works” misses an important possibility—one which sets Trump apart from Obama. What works, of course, depends on whom you ask; pragmatism is always embedded in a hierarchy of values. And if certain ideals—like the freedom of speech, the right to bear arms, or the sanctity of our borders—are at the top of that hierarchy, then “pragmatism” starts to approach an idealism of its own, with its defenders doing whatever it takes to preserve their ideal.

Trump’s “pragmatism” is of this ideological variety. Though he is relentlessly flexible in changing his mind, Trump never changes his mind in the name of a healthier democracy. Instead, he appeals to his own telos: “Make America Great Again.” This rhetoric, which idealizes a return to a better era, makes the explanation for all Trump’s changes simple and easy: they are not actually changes, but rather steps towards fulfilling America’stelos, even if it is a telos that looks backward. Trump uses the familiar language of restoration, as opposed to Obama’s language of creation.

Obama’s pragmatism, in its best form, places democratic evolution at the top of that hierarchy of values.

But Obama’s rhetoric, one might argue, is fundamentally at odds with this self-understanding. His campaigns of “hope” and “change” were, it might seem, more ideologically motivated than most. The important difference, though, between Obama’s radical optimism and an appeal to ideology is that Obama’s language conjured up the image of a journey, never oriented toward a specific endpoint.

The crucial difference, then, is that Obama proposes the possibility that political action need not be motivated by rigid ideals. Tethering our actions to pre-fashioned goals, Obama suggests, undermines the spirit of democracy, which is not about enshrining ideals but is, rather, an evolutionary process that accommodates the changing needs of its people.

So, when Obama said that Trump’s pragmatism could serve him well with the right people around him and with a clear sense of direction, he was wrong. Trump’s “pragmatism” is misguided because it is, at bottom, ideological. Trump is not running the same relay race Obama was. Despite all of his rhetorical inconsistencies, Trump’s understanding of our democracy is static—it is a house to be built. So, under Trump’s ideological approach, our democracy can only move backward.

Obama’s pragmatism is not just “doing whatever works.” It is a coherent and thoughtful approach to our democracy which, by locating its value in serving the changing needs of its people, prohibits a lazy and simple chase after ideals. It insists on constant self-reevaluation. Still, because traditional American politics rely so heavily on the ideals which Obama rejects as ends in themselves, Obama’s pragmatism may not be the most pragmatic. That is, it may not be the most effective form for enacting changes in a culture of citizens who so thoroughly desire idealism. Nevertheless, if Obama is right, the flourishing of our democracy depends on our rejection of an ideological self-understanding. We must cultivate an evolving politics, even if that means passing off the baton in an uncertain and never-ending race.

Industrial producer prices up by 0.2% in euro area