Home / On French Politics / What is Christian Democracy?

What is Christian Democracy? 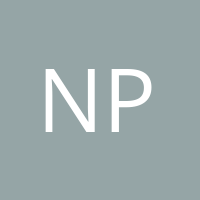 The All Too Candid Cameras

Represented in governments across Europe and at the vanguard of the founding of the European project, Christian Democracy was one of the most important postwar political ideologies. Yet surprisingly few studies exist on it. In What is Christian Democracy? Politics, Religion, and Ideology, Carlo Invernizzi Accetti makes a concise but insightful contribution that reminds us of the realities of the postwar European landscape, and shows how Christian Democracy continues to shape European politics.

What, then, is Christian Democracy? Defined in terms of its specific challenge, Christian democracy is the effort to reconcile Christianity (especially, Catholicism) with modern democracy, “by carving out a political role for the former within the institutional and conceptual horizon of the latter.” Christian Democrats made largely historical arguments as to how to best apply immutable Christian principles to their particular historical epoch. While past historical epochs did not require either accepting or engaging with modern democracy (even the opposite), Christians Democrats judged that the mid-twentieth century challenges of atheistic and materialist ideologies of fascism and communism required new prudential considerations. In that epoch, engaging with modern democracy was the requirement for Christians to serve as a leaven in social and political life.

The key concepts of Christian Democracy are as follows. First, there is a commitment to the doctrine of personalism, the demand that the political authority respect the dignity of the human person. This defense is rooted in a robust theological and philosophical account of human nature and the requirements of the natural law. Second, Christian Democracy subscribes to popularism. Unlike liberals and republicans, Christian Democrats take the political community to be a natural community, composed of many sub-communities that are teleologically ordered toward the common good. From this is derived a commitment to democracy: not, as in modern republicanism, from popular sovereignty, but from a “consociational” institutional framework that seeks compromise between different social interests and groups. Third, Christian Democracy affirms the principle of subsidiarity, which rejects the idea that the state must be the sole locus of sovereignty. Power is then distributed downwards toward functionally defined authorities, and upwards to international organisations.

These themes are familiar to students of Catholic political thought, but Invernizzi Accetti shows how Catholic social doctrine and political thought were taken from the heights of Leonine encyclicals and Jacques Maritain, then transcribed (sometimes word for word) and applied in the lows of manifestos and platforms of Christian Democratic parties and politicians. His attention to these theological sources, key to understanding Christian Democracy, prevents one from making the category mistake of understanding Christian Democracy as a mere moral or political movement.

To be fair, Invernizzi Accetti’s primary task is to highlight the overall conceptual unity across Christian Democratic politics, as a kind of ideal theory. Only secondarily does he attend to some of the variability and ambiguity of their key concepts. But his best chapters succeed at both—his discussion on social capitalism is particularly skillful and helps explain how Christian Democracy over the decades has tacked left, right, or to the center on economic matters.

The book’s greatest accomplishment is to showcase Christian democracy as a distinctive political ideology, not to be reduced to the ideologies of social democracy or liberalism in particular. Throughout the book, the author skillfully resists accounts of Christian Democracy that characterize it in terms of liberal normative ideals. Grasping distinctions between Christian Democracy and liberalism that elude other commentators, Invernizzi Accetti perceives that Christian Democracy is not just about how to order the private sphere, attending to social morality therein but leaving public issues to a neutral state. Instead, Christian Democracy is a creed dedicated to public issues: state form, constitutional matters, socio-economic policy, and the right relationship between politics and religion. The above concepts suggest particular institutions, and Invernizzi Accetti is adept at showing how these concepts informed the development of some of the most important postwar institutions in Europe, including those in the European Union.

While Christian Democracy’s conception of religious freedom rejects the coercion of non-believers, it does not entail that the state has no duty in religious affairs. Instead, Christian democracy understands religious freedom as freedom to exercise Christian (especially Catholic) belief. It is then the active duty of the state to promote a particular spiritual goal. The state has a native duty to foster religious education “as an integral part of [the state’s] overarching mission to aid in the fulfilment of the principle of human personality. These commitments sound jarring to those who think Christian democracy leads to a comfortable fusion with modern democracy or liberalism, but Invernizzi Accetti reminds his readers that in its original formulation, Christian Democracy was in large part a prudential accommodation with modern democracy. It did not argue that Christian faith compelled everyone to be a democrat. It was possible and desirable for Christians to support democracy in the postwar historical epoch, but other regimes remained desirable, even if they were not now possible.

The second part of the book makes the case for Christian Democracy’s enduring relevance vis-à-vis the ascendency of liberalism in Europe and elsewhere. Three of Invernizzi Accetti’s most provocative conclusions merit further commentary here. We might characterize these conclusions as a lengthy gloss on a question Canadian philosopher George Grant once posed: “in a liaison between liberalism and Christianity, who is going to seduce whom?”

Yet the author’s examples here admit not just of Christian objections, but of liberal ones. It is from the perspective of a liberal human rights regime that Islam and Turkish membership require heightened scrutiny. These instances suggest that the European Union is better understood as an uneasy amalgam of different political ideologies, including Christian Democracy and liberalism, competing with each other for dominance. The contest favors liberalism. Europe’s established politicians are very far from speaking forthrightly about Christianity, as Konrad Adenauer and Robert Schuman did. Pace Invernizzi Accetti, if in 2004 the EU could not acknowledge the specifically Christian roots of its institutions and could only note a generic religious inspiration for them, then the EU has in fact departed from Christian Democracy. After all, the first part of the book shows how Christian theology is required to understand Christian democracy; dispel the Christian theology, and what remains is a mere moral movement, mere liberal democracy.

Finally, Invernizzi Accetti makes his own attempt to seduce Christians to liberalism. As an increasing number of Christian voters in Europe drift toward far-right populism, Invernizzi Accetti tries to attract them back to the liberal-center through a history lesson. During the 1930s, many Christians, concerned by the rise of militant atheistic communism and having little faith in democracy’s capacity to protect them, looked to fascist movements instead. Yet fascist movements were aggressively secularist, and used their political power to assault religion. “If the analogy of the 1930s is indeed pertinent,” it is in reminding Christians of this lesson: that historically, the far-right has not been friendly to Christianity. Christians sympathetic to the far-right must be taught that “laying their hopes for the advancement of religious interests in a Faustian bargain with anti-democratic forms of secular authoritarianism may ultimately turn out to be counterproductive from the point of view of those interests themselves.” (In short: do not make the same mistake twice.) “The main point”, Invernizzi Accetti writes, is that an effective anti-populist strategy requires the revival of a democratic dialectic between the centre-left and the centre-right, of which Christian Democracy and Social Democracy have historically been the two main exponents.”

Thus Christians are unlikely to find the exhortation to reaffirm the liberal centrist democratic dialectic particularly appealing. To the extent that Christians do not wish to make this mistake twice, then, the dilemma facing Christian Democratic parties is whether they want to go back to their old, often socially conservative roots, at the expense of their alliance with the left; or whether they want to persist with their “democratic dialectic,” and suffer the steady erosion of their voter base to parties that claim to apply better those immutable principles to political and social life. However this dynamic plays out in Europe’s future, to understand it we must presuppose Christian Democracy’s enduring relevance—exactly as Invernizzi Accetti urges us to do in this fine book.

Business profit share recovers back to 39.8% while business investment decreases to 23.2% in the euro area