Political bias and the economic impact of Chinese aid 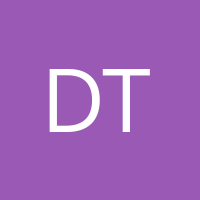 by
Dreher, Fuchs, Hodler, Parks, Raschky, Tierney
My articles My books
Follow on:
Summary:
Axel Dreher, Andreas Fuchs, Roland Hodler, Bradley Parks, Paul Raschky, Michael Tierney 07 October 2019 Chinese aid is a lightning rod for criticism. Unlike Western development finance institutions that impose political conditions on recipient governments, China has lavished official development assistance – and other forms of government financing – on developing countries with few questions asked.1 Its signature development initiative today is the US5 billion Belt and Road infrastructure plan, which the World Bank estimates could affect up to 70 countries and, if executed well, pull as many as 7.6 million people out of extreme poverty (Freund and Ruta 2018). However, China’s largesse has set off alarm bells within the Western foreign policy

The COVID-19 threat to financial stability in Europe

COVID-19 and the national payments system

Lessons from the financial crisis to prevent the Great Fragmentation

Chinese aid is a lightning rod for criticism. Unlike Western development finance institutions that impose political conditions on recipient governments, China has lavished official development assistance – and other forms of government financing – on developing countries with few questions asked.1 Its signature development initiative today is the US$575 billion Belt and Road infrastructure plan, which the World Bank estimates could affect up to 70 countries and, if executed well, pull as many as 7.6 million people out of extreme poverty (Freund and Ruta 2018).

However, China’s largesse has set off alarm bells within the Western foreign policy establishment. A common criticism is that China has imperial ambitions and it is more interested in purchasing the loyalty of foreign leaders than in promoting the wealth and wellbeing of developing countries. Former US National Security Advisor John Bolton, for example, accused China of “corruption” and “predatory actions” that “stunt economic growth” and shore up “the ultimate goal of advancing Chinese global dominance” (Bolton 2018).

Many independent observers are also sceptical about whether Chinese aid is actually improving development outcomes. The Economist (2017) has questioned whether China may be “repeating many of the mistakes made by Western donors and investors in the 1970s, when money flowed into big African infrastructure projects that never produced the expected economic gains”. Social scientists have also investigated whether China’s policy of non-interference in the domestic affairs of partner countries makes its aid more vulnerable to capture by local political incumbents (Dreher et al. 2019a). If the governing elites in recipient countries can use Chinese development funds to support politically rational but economically inefficient “white elephant” projects during “political business cycles”, they may advance their own prospects rather than those of the jurisdictions where Chinese development projects take place.

In a new working paper (Dreher et al. 2019b), we use per capita night-time light emissions as a proxy for local development outcomes in 709 provinces and 5,835 districts across 47 African countries that received Chinese aid from 2001 to 2012. We first quantify the economic effects of Chinese aid at subnational scales, and then test the argument that political favouritism might render Chinese aid less effective.

There are reasons to think that Chinese aid may be effective anyway. Unlike Western donors, China emphasises funding of geographically clustered or co-located projects that can create ‘growth poles’ and set in motion powerful economic agglomeration processes. China is also known for implementing development projects – in particular, large-scale infrastructure projects – more efficiently than its Western and multilateral counterparts (Swedlund 2017)2.

To illuminate the relationship between local politicking with Chinese aid funds and local economic development outcomes, we leverage a new dataset – first introduced in Dreher et al. (2019a) – that provides locational details on the projects in Version 1.3 of AidData’s Chinese Official Finance to Africa dataset (Strange et al. 2017). This dataset captures 1,575 project locations at the county/district level (see Figure 1) and 1,898 project locations at the province/state level.

Figure 1 Value of Chinese aid (official finance) projects per capita at the district level in Africa (total value in 2009 US$, 2000–12)

Given that most African countries lack reliable subnational GDP statistics, we use per capita night-time light emissions as a proxy for subnational development levels (e.g. Chen and Nordhaus 2011, Michalopoulos and Papaioannou 2013, 2014, Weidmann and Schutte 2017, Bruederle and Hodler 2018).

To establish causality and minimise the possibility that our specification captures effects from an unobserved driver of both Chinese aid allocations and night-time light emissions, we turn to a two-stage least squares approach à la Nunn and Qian (2014). In the first stage, we build an instrumental variable that interacts variation in the propensity of a given region to receive Chinese aid with time variation in Chinese steel production. We use steel production in this instrument because the Chinese government strategically maintains excess steel production capacity and then deploys its oversupply for use in its own foreign development aid projects. Indeed, most Chinese grants and loans are directly tied to the acquisition of Chinese goods, including steel (Davies et al. 2008). This instrument helps separate the effect of Chinese aid allocations from potential global or non-Chinese dynamics affecting development investment in recipient countries.

Our findings show that Chinese aid flows have a consistent, positive effect on per capita night-time light emissions across treated districts in every year of a five-year period, with the effects increasing in magnitude and significance by the third year. This general pattern also holds at the province or state level.3 Our regression results are inconsistent with the notion that political bias in the subnational distribution of Chinese aid undermines local economic development outcomes. Chinese aid registered equally positive effects inside and outside of the home regions of political leaders.

Our studies bring some figurative and literal light to the controversial question of how Chinese aid affects economic development at local scales in recipient countries. We find that, notwithstanding substantial political bias in its subnational distribution, Chinese aid has an immediate and positive effect on per-capita night-time light output at the district-level and, with a few years’ delay, at the province-level. The fact that the average effect size exceeds the size of the average financial transfer suggests Chinese aid may induce local economic spillovers. Thus, while Chinese aid may suffer from various shortcomings, its positive effect on local economic development outcomes in Africa should not be ignored.

Authors note: We would like to thank Samantha Eyler for excellent editorial assistance for this column.

Dreher, A, A Fuchs, R Hodler, B C Parks, P Raschky and M J Tierney (2019b), “Is Favoritism a Threat to Chinese Aid Effectiveness? A Subnational Analysis of Chinese Development Projects”, CEPR Discussion Paper no. 13840.

[1] For ease of exposition, we use the term “aid” to refer to all government financing flows from China.

[3] As we document in Dreher et al. (2017), Chinese aid improves growth at the country level as well, in a global sample of recipient countries. For evidence on Western donors, see here.