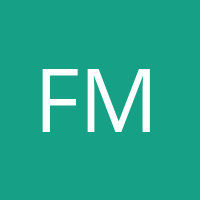 by
Flückiger, Hornung, Larch, Ludwig, Mees
My articles My books
Follow on:
Summary:
Matthias Flückiger, Erik Hornung, Mario Larch, Markus Ludwig, Allard Mees 28 August 2019 Recent estimates suggest that China’s Belt and Road Initiative could reduce travel times and trade costs between connected regions by more than 10% (de Soyres et al. 2019). These improvements in accessibility have the potential to reshape existing patterns of trade.  Interestingly, many of the projected trade corridors are located along the Silk Road, along which goods, ideas, and cultural values have been exchanged for millennia. The locational choice of new highways, railway tracks, and deep-sea ports could therefore be partly rooted in the history of bilateral exchange. Rather than creating new patterns of economic integration, it is likely that the initiative

Nakamura, Ohashi writes Stagnation of markups and (non-)existence of superstar firms in Japan

The Great Depression, banking crises, and Keynes’ paradox of thrift

The Fed’s new policy framework: A major improvement but more can be done

Recent estimates suggest that China’s Belt and Road Initiative could reduce travel times and trade costs between connected regions by more than 10% (de Soyres et al. 2019). These improvements in accessibility have the potential to reshape existing patterns of trade.

Interestingly, many of the projected trade corridors are located along the Silk Road, along which goods, ideas, and cultural values have been exchanged for millennia. The locational choice of new highways, railway tracks, and deep-sea ports could therefore be partly rooted in the history of bilateral exchange. Rather than creating new patterns of economic integration, it is likely that the initiative reinforces historical ones. To understand the static and dynamic effects of integration, it is therefore necessary to investigate how past exchange shapes present integration.

Several studies use historical shocks to trade costs and transport infrastructure to investigate consequences for economic integration. Pascali (2017), for example, shows that the introduction of steam-powered vessels massively lowered transportation costs, particularly between regions that were hard to reach by sailing ships, leading to asymmetric effects on world trade and economic geography. Creating a railroad network in colonial India reduced transportation costs and increased market integration between regions (Donaldson 2018). The first systematic crossings of the open sea by Phoenicians improved connectivity in the Mediterranean and increased economic activity in newly well-connected places (Bakker et al. 2018). The creation of a dense network of Roman roads pre-determines the location of modern road density and thereby influences the local level of economic activity today (see Dalgaard et al. 2018).

While these studies show that investment in transport infrastructure affected trade patterns and development, we know little about the mechanisms through which systematic differences in bilateral transport connectivity affect economic exchange in the long run. In our recent work (Flückiger et al. 2019), we argue that the first pan-European transport network of roads, rivers, and ocean connections, which was created during ancient Roman times, not only fundamentally changed the pattern of contemporary trade but also had long-lasting effects on the intensity of interregional (socio-)economic exchange in Western Europe.

At the time of maximum territorial expansion around 117 CE, the Roman transport network consisted of approximately 80,000 kilometres of paved roads, 25,000 kilometres of inland waterways, and a vast number of well-established shipping routes along the Mediterranean and Atlantic coasts (see Figure 1).

To analyse how the new Roman network affected integration in the short and the long run, we first determine how well regions—defined as 55-by-55-kilometre grid cells—were connected within the Roman transport network. As mentioned above, this network not only consisted of roads but also of river segments and coastal shipping lanes. Using waterways offered considerable cost advantages over roads and therefore crucially influenced transport costs and the choice along which routes to ship goods.

Absent observed bilateral transport costs for the Roman era, we draw on least-cost path analysis (cf. Donaldson 2018). Specifically, we combine the information on the complete network, i.e. location, length, and shipping mode associated with each segment, with transport-mode-specific freight rates. The freight rates are based on Diocletian's Edict on Prices of 301 CE, a contemporary source. Using these two pieces of information, we can identify the cost-minimising path within the Roman transport network between any two regions. The cost associated with this optimal path, henceforth referred to as ‘effective distance’, represents our measure of bilateral connectivity.

Network connectivity and economic integration in the past

In the first step of our empirical analysis, we show that connectivity within the Roman transport network influenced the degree of bilateral exchange during the Roman era. We draw on archaeological data on more than 246,000 excavated potsherds of Roman tableware to measure trade flows. This tableware, called terra sigilatta, was widely used and exchanged throughout the Roman world. Terra sigillata accounted for approximately 10% of the total volume and an even higher proportion of the value of traded goods in the Roman world (Mees 2018).

Crucial for our analysis, production sites (i.e. the origin) are clearly identifiable by a stamp that is specific to the potter (i.e. the producer). In combination with geocoded information on the location of the excavation site (i.e. the destination) of each potsherd, we can compute cross-regional trade volumes (see Figure 2 for a visualisation).

Our first core finding is that these trade flows are strongly influenced by connectivity within the network. A 1% increase in the effective distance reduces the volume of interregional trade by 2.4%. The finding that transport costs matter implies that market forces already shaped trade patterns in the Roman era (for a discussion, see Wilson and Bowman 2018 and Mees 2018).

To ensure that we capture effects that are specifically attributable to variation in connectivity within the Roman transport network, our regressions control for straight-line distance as well as origin and destination fixed effect. The former accounts for the fact that effective distance mechanically increases for region-pairs that lie farther apart, while the latter absorb any local time-invariant heterogeneity. We also show that our estimates remain stable if we include various least-cost path measures, which capture interregional connectivity based on topographic features.

Consistent with the historical evidence that the creation of the Roman transport network reshaped the existing pattern of interregional trade, we do not find any effect of effective distance on measures of socio-economic integration during the Neolithic period, the Bronze Age, or the Iron Age (i.e. pre-Roman times). After its creation, however, connectivity within the network continuously influenced the intensity of exchange until the advent of the transportation revolution. Interregional market integration, proxied by grain-price correlations between 1321 and 1790 and a higher transmission speed of the medieval Black Death (1347-51), declines with effective distance.

In the second step of our analysis, we show that even though transport modes, as well as the path of optimal transport and travel routes, have changed dramatically after the transportation revolution of the 19th century, today’s pattern of bilateral economic integration is still influenced by the Roman transport network. A lower effective distance is associated with a higher number of cross-regional parent-subsidiary connections, i.e. direct investment. This measure of business-link intensity, or economic integration more generally, is based on information extracted from the Bureau van Dijk's ORBIS firm database.

To shed light on the mechanisms underlying the continued influence of Roman network connectivity, we look at two potential channels: better connectivity due to selective infrastructure investments and greater cultural similarity due to repeated interactions. The first mechanism relates to the possibility that past connectivity influences subsequent transport infrastructure investments. Transport accessibility, in turn, is an important driver of business travel and firm ownership connections (see Campante and Yanagizawa-Drott 2018).

As to the second mechanism, we show that greater Roman connectivity is associated with higher similarity in preferences and values, based on measures constructed from the Global Preferences Survey (Falk et al. 2018) and the European Values Study. This finding implies that the long history of Roman-transport-network-induced interaction has resulted in a convergence of preferences and values between regions. Convergence in these aspects reduces information frictions, intensifies cross-regional capital flows, and raises the number of firm ownership links (Guiso et al. 2009, Burchardi et al. 2019).

We find that both mechanisms—transport network accessibility as well as the convergence of preferences and values—play an important part in explaining why connectivity within the Roman network influences economic integration today. Together, they absorb 70% of the Roman transport network effect on the spatial firm ownership structure; the effective distance coefficient is no longer statistically significant at conventional confidence levels.

Economists and policymakers understand that large infrastructure projects change the costs of trade and affect economic geography. Our work shows that they should also be aware of the fact that altering the pattern of trade may have long-run consequences for economic and cultural integration. Hence, we need to take into account the history of bilateral exchange and the concurrent integration of attitudes and tastes when evaluating the welfare effects of infrastructure projects and regional policies and when discussing the optimal allocation of infrastructure resources. Further, investments may create or reshape networks in which the transmission of positive and negative shocks is more pronounced.

Wilson, A I, and A K Bowman (2018), Trade, commerce, and the state in the Roman world, Oxford: Oxford University Press.

My articlesMy books
Follow on:
Previous Challenges in the digital age
Next The industry anatomy of the transatlantic productivity growth slowdown