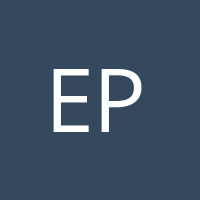 by
Eugster, Jaumotte, MacDonald, Piazza
My articles My books
Follow on:
Summary:
Johannes Eugster, Florence Jaumotte, Margaux MacDonald, Roberto Piazza 10 September 2019 The presence of large and rising bilateral trade balances has raised concerns that asymmetric obstacles to trade may distort the international trade system. Yet, rather than looking at bilateral balances, economists typically focus on understanding aggregate trade balances (that is, the sum of a country’s bilateral trade balances with all other countries) and their macroeconomic determinants (e.g. Obstfeld 2012; for an exception, see Davis and Weinstein 2002). This raises the question of whether bilateral trade balances are the right focus of policy discussions.   In a recent study (IMF 2019), we delve into this politically important issue, focusing on three

Policing and race: The role of electoral accountability

The drivers of bilateral trade balances

To quantify the relative importance of the drivers of bilateral trade balances, we resort to the workhorse gravity model for bilateral exports. This model – which has solid microeconomic foundations – distinguishes three groups of drivers of bilateral trade flows, in line with our observations on Figure 1: macroeconomic factors, trading costs, and the sectoral composition of demand and supply. Macroeconomic factors are represented, essentially, by the level of aggregate demand and supply of each of the trading partners. Trading costs include bilateral tariffs and proxies for other trade costs (e.g., distance), as well as the average import and export costs for each country (i.e. the “multilateral resistance terms”). Finally, the sectoral dimension allows us to capture the potential effects of structural characteristics and transformations in shaping the sectoral composition of countries’ demand and supply, and hence, the international organisation of production.

The model can be applied to both bilateral exports and imports and thus allows us to derive results for bilateral trade balances (see Davis and Weinstein 2002 for a similar approach). It is estimated over a large sample consisting of 63 countries, 34 sectors, and the period 1995-2015.

We find that changes in bilateral balances over the past two decades have been, to a significant extent, driven by macroeconomic factors – that is, the relative evolution of aggregate demand and supply in both trading partners. For example, macroeconomic factors explain 20% of the change in the US-Germany trade balance but over 95% of the change in the US-China trade balance (Figure 2). In the latter case, this reflected a larger increase in aggregate supply than aggregate demand in China and, to a lesser extent, a larger increase in aggregate demand than supply in the US.

Figure 2 Drivers of changes in selected bilateral trade balances, 1995-20151 (billions of US dollars)

Sources: OECD Trade in Value Added database, and IMF staff calculations.
Note: Data labels use International Organization for Standardization (ISO) country codes. 1 Average value 2010-2015 minus average value 1995-1999. 2 This includes tariffs and free or preferential trade agreements. 3 This residual is the sum of the model residuals plus the approximate error.

The direct impact of changes in bilateral tariffs played a small role, reflecting the fact that tariffs were already at relatively low levels in 1995 in many countries and subsequent reciprocal tariff reductions had offsetting effects on bilateral trade balances.1

The link between bilateral and aggregate trade balances

From a policy perspective, it is therefore important to understand what drives the macroeconomic imbalance between supply and demand in each country – also reflected in their aggregate trade balance. Drivers include fundamental factors, such as demographics and the level of economic and institutional development, but also macroeconomic policies, in particular fiscal policy and credit cycles, and – in some cases – exchange rate policies and domestic supply-side policies (for example, widespread subsidies to production costs) (e.g. IMF 2018). For instance, procyclical fiscal stimulus has been pointed out as a source of excessive US external deficit while China is being discussed as one example where widespread supply-side policies, such as production subsidies and regulatory policies, may be at play, artificially raising aggregate supply.

A closer look at tariffs and their spillovers

While the direct impact of tariffs on the evolution of bilateral trade balances has been small relative to macroeconomic factors, this doesn’t mean that tariffs do not matter. Large and sustained changes in tariffs and other trade costs can shape the international organisation of production into global value chains, with important consequences for aggregate productivity and income growth. Indeed, since the mid-1990s, significant declines in trade costs (tariffs, transportation, and communications costs) have gone together with an increase in global value chain integration (Figure 4).

The integrated nature of the current global trade system suggests that a sharp increase in tariffs could have significant spillovers as it propagates across borders through upstream and downstream GVC links. To gauge this possibility, our work combines an empirical approach with the use of structural quantitative models. Using a large panel data set of 35 countries and 13 manufacturing sectors, we calculate upstream and downstream tariffs using the cumulative tariff formula derived by Rouzet and Miroudot (2013) and find that tariffs imposed further upstream or downstream in the value chain generally hurt domestic output, employment, and productivity. Thus, tariffs hurt economic activity not only for the countries directly imposing and facing them but also for other countries up and down the value chain. Simulations (based on partial equilibrium country-sector estimates) illustrate that the output cost of a generalised 1 percentage point increase in manufacturing tariffs would be larger today than it would have been in the mid-1990s, particularly so for countries highly integrated in manufacturing supply chains (e.g. Korea and Germany) (Figure 5).

Sources: IMF staff estimates.
Note: Data labels use International Organization for Standardization (ISO) country codes. Effects are partial equilibrium estimates based on a country-sector level analysis. The figure shows the change in the simulated tariff spillovers between 1995 and 2011, the last year for which such an exercise is possible given data constraints. 2011 is a good approximation of current global value chain links because most of the growth in global value chain integration took place before 2011.

However, when tariff increases are not deployed across the board but are targeted to specific partners, trade diversion may benefit countries that are not directly targeted by the tariffs, as it increases demand for their goods. Trade diversion effects suggest that attempts to target one bilateral trade balance through bilateral tariffs or other distortions will likely be met with offsetting changes in the trade balances with other partners – a point we take up next.

Authors’ note. The views expressed herein are those of the authors and should not be attributed to the IMF, its Executive Board, or its management.

International Monetary Fund (2019), “The Drivers of Bilateral Trade and the Spillovers from Tariffs”, in World Economic Outlook, Chapter 4, April.

[1] Over the longer term, large and persistent changes in tariffs can also influence the international division of labour and thereby, potentially, macroeconomic factors—an issue we return to below.

Impartial Journalism in a Polarised World.