Institutional change and development in lagging regions in Europe 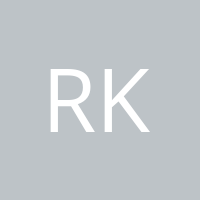 by
Rodríguez-Pose, Ketterer
My articles My books
Follow on:
Summary:
Economic growth has generally been regarded as the result of a combination of three factors: physical capital, human capital or labour, and innovation. The EU has followed this approach in its regional development and cohesion policy for most of the last 30 years. The bulk of cohesion investments have been channelled towards improving the infrastructure endowment and accessibility of the least developed regions of the EU, as well as towards increasing the availability and quality of human resources, and developing the innovative capacity of individuals and firms across areas of Europe that have been lagging behind.  By and large, this sort of intervention has borne fruit, as the performance of lagging regions of Europe has outstripped that of the core over the last three decades


Cirera, Comin, Cruz, Lee writes Technology within and across firms

Hausman, Rhode, Wieland writes Farm product prices, redistribution, and the early Great Depression in the US

Riaño, Valencia Caicedo writes The devastating legacy of the ‘Secret War’ in Laos

Technology within and across firms

Farm product prices, redistribution, and the early Great Depression in the US

The devastating legacy of the ‘Secret War’ in Laos

Economic growth has generally been regarded as the result of a combination of three factors: physical capital, human capital or labour, and innovation. The EU has followed this approach in its regional development and cohesion policy for most of the last 30 years. The bulk of cohesion investments have been channelled towards improving the infrastructure endowment and accessibility of the least developed regions of the EU, as well as towards increasing the availability and quality of human resources, and developing the innovative capacity of individuals and firms across areas of Europe that have been lagging behind.

By and large, this sort of intervention has borne fruit, as the performance of lagging regions of Europe has outstripped that of the core over the last three decades and in spite of the crisis (Becker et al. 2010, Pellegrini et al. 2013). However, the success of the policy in delivering greater economic convergence does not hide that we are witnessing a growing decline in the returns of intervention in the three main growth axes.

These declining returns signal that a key growth driver has been missing from economic analysis and policy. The role of institutions in general, and government quality in particular (Charron et al. 2013), has been overlooked in both policy and research, but, of recent, a host of research has delved into how government quality affects regional economic development in the EU (e.g. Nistotskaya et al. 2015, Rodríguez-Pose and Garcilazo 2015). This research generally reaches the conclusion that government quality matters for economic performance and that poor government in Europe’s lagging areas represents a significant barrier to development.

Yet, while these studies have made substantial strides in the understanding of how government quality shapes regional growth in lagging regions, they are limited in one fundamental respect – they consider that institutions and government quality remain more or less stable over time. Institutions are regarded as a permanent barrier to/enabler of economic development. Hence, having poor institutions becomes almost a death sentence for many areas in terms of future growth. Yet, while institutional conditions do persist over time, they also change and, sometimes, change rapidly. Estonia, for example, has become in the space of three decades one of the world leaders in the use of e-government, greatly improving the overall efficacy, accountability and transparency of its government. Latvia, despite sharing many historical traits with Estonia and a comparable starting point, has been unable to undertake similar levels of institutional transformation. This potential for institutional change has, nevertheless, been neglected, limiting the understanding of how change in government quality impacts economic development.

Our new research (Rodríguez-Pose and Ketterer 2019) aims to overcome this static perception of institutions by assessing whether both the levels and the degree of change in government quality influence regional economic performance in the whole of Europe and, in particular, in lagging regions of the EU. Our analysis discriminates between the role played by traditional investments in development policy intervention, such as infrastructure, human capital and innovation, from that of different government quality aspects, such as corruption, the rule of law, government effectiveness, and government accountability. In this research, we pay particular attention to changes in all these factors, as well as to the importance of the quality of government for the development of lagging regions of Europe.

Neither do we treat all lagging regions in the EU considered in the paper as a uniform mass. Lagging regions are divided, following European Commission (2014), into low-income and low-growth regions, based on their initial levels of development and the economic performance between the late 1990s and mid-2010s (Figure 1).

How does change in the regional quality of government affect economic performance?

Good government quality is essential for regional development in Europe. Over the last two decades, government quality has been among the most consistent predictors of economic growth and resilience. This contrasts with more mixed results on how education and innovation affect regional growth and with a lack of connection between levels and improvements in accessibility, on the one hand, and economic performance, on the other hand, for the whole of Europe. Hence, in order for economic development at a regional level in Europe to take hold, measures to improve government quality are increasingly required as an integral part of any development strategy.

2. Improvements in government quality are a powerful driver of development

3. One-size-fits-all policies for lagging regions are not the solution

We also make clear that what has worked in certain lagging regions does not necessarily work in others. Mimetically reproducing the same style of policy across the less developed regions of Europe has not yielded the expected results in the past and is unlikely to do so in the future. Consequently, different development strategies are needed in different places and at different stages of development. The empirical analysis has shown that, at lower levels of development, such as those found in the low-income regions of Central and Eastern Europe, the factors behind economic growth in recent years differ from those at higher levels of development and, more strikingly, from those of other lagging regions in Southern Europe. At lower levels of development, regional economic growth is driven by a good endowment of human capital and innovation, as well as by improvements in accessibility through investment in transport infrastructure. This implies that the factors highlighted by traditional growth theories still play a fundamental part in driving economic performance in these areas.

Yet, as the level of initial development increases and regions hit a middle-income trap (Iammarino et al. 2019), the influence of more traditional growth factors wanes. Hence, in the low-growth regions of Southern Europe, government quality becomes more relevant in determining which territories are and remain dynamic and which are not.

4. The quality of government change is essential for low-growth regions

Low government capacity in the lagging regions of Europe does not necessarily represent a strong handicap for future development. Lack of improvement in government quality, by contrast, does. Low-growth regions which have failed to improve government quality or have failed to reduce corruption, have been incapable of making the most of cohesion policy intervention and, as a consequence, have also grown less and been more exposed to the negative consequences of the crisis. Failure to address these institutional malfunctions condemns regions “to remain stuck in low growth and low quality of government equilibrium, while the regional government remains to some degree sheltered from the financial consequences of low quality of government through continuing support from the EU” (Charron et al. 2014: 81). A sustained effort in order to address barriers in terms of government effectiveness, corruption, and deficient voice and accountability is therefore needed if the low-growth regions are to experience both sustainable levels of development and greater convergence towards the rest of the EU.

In the low-income regions of Central and Eastern Europe, more traditional factors, such as a good human capital and innovation endowment and investments targeting improved accessibility, are proving their worth as catalysts for growth. In these areas of Europe, strategic investments in infrastructure, in general, and in transport infrastructure, in particular, are likely to continue to contribute to economic development for some time. With still considerable deficits in basic infrastructure, improving accessibility in low-income regions becomes a precondition for economic development. However, the returns to improvements in accessibility are likely to diminish as accessibility constraints become less important. Consequently, any sort of infrastructure investment needs to be limited in time, respond to clear criteria of need and development potential, and be matched by similar efforts aimed at the enhancement of human capital and at tackling institutional bottlenecks.

Moving to the next level

For most lagging regions in Europe, moving to the next economic development level will not be easy unless carefully tailored strategies are set up paying special attention to the specific conditions of each region. If development strategies are to be both capable of successfully addressing short-term problems, as well as of putting European lagging regions on a sustainable development track in the medium to long term, decision makers in every European region and nation, as well as in Brussels, will have to collaborate and to tread carefully in crafting development strategies that juggle the traditional investments aimed at improving infrastructure, human resources, and innovation with a greater focus on institutional issues, such as local government quality as a way to overcome the barriers to development that lagging regions face.

The policy lessons that emerge from this research point towards the need to carefully put together integrated and balanced development strategies in any development policy intervention. Development strategies would require encompassing an adequate mix of actions aimed at redressing regional infrastructure deficits, together with the active improvement of human resources and employment structures, and the upgrading of the institutional environment. The mix of all these interventions will vary from place to place, depending on initial conditions and levels of development.

The timing of each action is also crucial. Invest too early, for too long, or too much on one of these development axes and the risk of ending up with a strategy that yields scarce returns is high. Under these circumstances, institutional conditions are likely to become a more important and visible barrier to development.

Comprehensive and well-timed place-sensitive development strategies are needed not only to address some of the basic problems of lagging regions in Europe, but also to enhance their capacity – and, as a consequence, that of Europe as a whole – to adopt new technologies, retain and attract talent, generate and simulate new investment, and, last but not least, make the most of the economic potential across the whole of Europe. Such an approach is also bound to set the basis for a more sustainable growth in the lagging regions of Europe.

Rodríguez-Pose, A and E Garcilazo (2015), “Quality of government and the returns of investment: Examining the impact of cohesion expenditure in European regions”, Regional Studies 49(8): 1274-1290.

Rodríguez-Pose, A and T Ketterer (2019), “Institutional change and the development of lagging regions in Europe”, Regional Studies: 1-13.

My articlesMy books
Follow on:
Previous The politics of distraction
Next Women in European economics

Why we can’t have nice things