Home / VoxEU / The China Shock and employment in Portuguese firms

The China Shock and employment in Portuguese firms 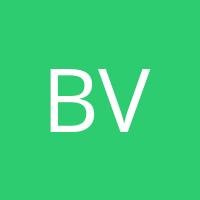 by
Branstetter, Kovak, Mauro, Venâncio
My articles My books
Follow on:
Summary:
The China Shock and employment in Portuguese firms: The role of labour market regulations China’s rise as an export powerhouse has affected labour markets across the Western world, but the effects appear to differ dramatically across countries. This column evaluates the impact of rising Chinese exports on Portuguese employment, finding that labour market effects are shaped by indirect competition and labour market regulation. One of the most drastic changes in international trade in recent years has been the rise of China as the world’s largest exporter. Between 1991 and 2013, China’s share of world manufacturing exports increased from 2% to 19% (Autor et al. 2016). Figure 1 shows that the import share of China in Portugal and in its largest

The China Shock and employment in Portuguese firms: The role of labour market regulations

China’s rise as an export powerhouse has affected labour markets across the Western world, but the effects appear to differ dramatically across countries. This column evaluates the impact of rising Chinese exports on Portuguese employment, finding that labour market effects are shaped by indirect competition and labour market regulation.

One of the most drastic changes in international trade in recent years has been the rise of China as the world’s largest exporter. Between 1991 and 2013, China’s share of world manufacturing exports increased from 2% to 19% (Autor et al. 2016). Figure 1 shows that the import share of China in Portugal and in its largest export markets also increased from 0.5% to 2% and 2% to 7% during 1995-2007, respectively. No doubt, such an expansion in Chinese imports had implications for the labour market. Most studies find a negative effect of Chinese imports on manufacturing employment in importing countries (e.g. Autor et al. 2013, 2016), but these effects vary widely across China’s trading partners.  A series of papers by Dauth et al. (2014, 2017, 2018) find a positive effect in the German labour market.  The authors argue that German imports of intermediate inputs from China displaced imports from other low-wage exporters, such as Portugal.

In a recent paper (Branstetter et al. 2019), we evaluate the effect of the rise in Chinese imports on Portuguese manufacturing employment by looking at both direct competition in the Portuguese market and indirect competition in Portugal's largest export markets (the EU5) between 1995-2007.  In addition, we explore how Portugal’s stringent labour market regulations might have shaped those responses.

Portugal had the second most restrictive labour market regime in the OECD (behind only Turkey) throughout the period of 1995-2007, based on the OECD's official measure.  Permanent employees enjoy extremely strong labour protections in Portugal, making it difficult for them to be dismissed either for cause or in cases of financial distress. Alongside these quite rigid regular employee contracts, Portuguese employment law allows more flexible temporary contracts, which have lower severance requirements.  As shown in Figure 2, the share of jobs in temporary contracts increased from 10% in 1995 to 22% in 2007.  This increased reliance on temporary workers in the 2000s helps explain the differences in the effects of import competition on workforce adjustment in the 2000s versus the 1990s.

Despite these extensive labour market rigidities, in the early 1990s Portugal benefited from its position as a relatively low-cost manufacturer with privileged access to the core European markets.  As shown in Figure 3, manufacturing employment represented a large but declining share of total employment during our sample period: 34% in 1995, falling to 23% in 2007. Importantly, a very large share of Portuguese manufacturing activity was driven by exporting. Manufacturing accounted for nearly all of Portuguese export activity, with manufacturing exports comprising between 84% and 90% of total exports. Hence, developments in Portugal's key export markets are likely to have a large impact on the manufacturing sector and on the labour market as a whole. Nevertheless, Portugal’s competitive position diminished as the nation moved to adopt the euro.  This loss of Portuguese export competitiveness coincided with the beginning of a boom in Chinese exports to Western Europe.

Using rich employer-employee data matched to firm-level data on production and export transactions, we measure the degree to which different Portuguese firms faced Chinese import competition, based on firms’ distribution of sales across products and export destination markets. Each firm faces a different degree of Chinese competition because of differences in product mix and differences in the distribution of sales across countries. We evaluate the effect of Chinese competition in the domestic market and in Portugal’s main export markets on firm-level outcomes, including wage bills, employment, average hourly wages, and average hours per worker. Empirically, it is not easy to obtain unbiased estimates of the effects of China export expansion due to endogeneity. Domestic supply and demand shocks can affect both exports and employment simultaneously. We follow the spirit of Autor et al. (2013) and consider the China export expansion in the US as an instrument for the rise of China’s exports in Portugal and in European export markets.

We find economically and statistically significant employment declines in firms with more exposure to Chinese competition in European export markets, but minimal effects of direct competition with Chinese goods in Portugal itself. Our findings also suggest a centrally important role for Portugal's stringent labour market regulations in constraining firms' capacity to adjust to these shocks.  In the late 1990s, firms had limited ability to adjust employment, hours, or wages, and the primary adjustment margin was firm exit. Between 2000 and 2007, more flexible temporary contracts comprised a larger share of employment, and we find significant employment reductions among more exposed firms, allowing these firms to avoid exiting the market. Consistent with our interpretation, those employment reductions are entirely accounted for by changes in temporary employment, with no effect on permanent employment.

China’s export surge has brought benefits to consumers around the world, but significant disruption to the labour markets of some trading partners.  Our research reveals that Portuguese firms faced considerable pressure from rising Chinese imports in their key European export markets.  The impact of this pressure was profoundly shaped by Portugal’s evolving labour market rules and practices.  In the late 1990s, worker protections were so strong and rigid that firm adjustment to Chinese competition primarily took the form of firm exit.  In the 2000s, the increasing prevalence of temporary contracts provided firms with another margin of adjustment as competition with Chinese imports intensified – and employees working under these contracts bore the brunt of adjustment in the years preceding the global financial crisis.

We believe our results likely generalise, as least in part, to other peripheral European countries.  Like Portugal, many hosted manufacturing industries that exported relatively labour-intensive goods to the core Western European economies and were therefore especially exposed to competition with the rising tide of Chinese imports in those core markets.  Furthermore, many of these economies, like Portugal, operated under labour market regulations that limited firms’ ability to adjust to this negative shock.  The resulting loss of export competitiveness and employment left these peripheral economies even more vulnerable to the forces unleashed in the euro area sovereign debt crisis and, ultimately, raised the economic and social cost of the resolution of that crisis.

Branstetter, L, B Kovak, J Mauro and A Venâncio (2019), “The China Shock and Employment in Portuguese Firms,” NBER Working Paper 26252.

My articlesMy books
Follow on:
Previous Chile’s insurgency and the end of neoliberalism
Next Systemic consequences of outsourcing to the cloud

Chile’s insurgency and the end of neoliberalism