Home / VoxEU / On the socially optimal labour share of income 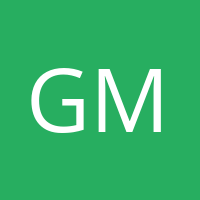 by
Growiec, McAdam, Mućk
My articles My books
Follow on:
Summary:
There is a lot of empirical evidence on the decline in the labour share (e.g. Elsby et al. 2013). Figure 1, for example, shows the business sector labour share for the US from 1947 onwards.  Although there are many patterns in the data (and many different definitions of what the labour share is), there is generally agreement that in the US there has been a downward trend since at least the 1980s. Studies discuss causes including the introduction of new technologies, increasing global integration, de-unionisation, and sectoral changes (IMF 2017). The fall is common to many countries, and is assumed to be undesirable in a political economy context.  Figure 1 Historical labour share in the US, 1947:1 to 2017:10 Source: US Bureau of Labour Statistics.Note: Shaded columns represent

There is a lot of empirical evidence on the decline in the labour share (e.g. Elsby et al. 2013). Figure 1, for example, shows the business sector labour share for the US from 1947 onwards.

Although there are many patterns in the data (and many different definitions of what the labour share is), there is generally agreement that in the US there has been a downward trend since at least the 1980s. Studies discuss causes including the introduction of new technologies, increasing global integration, de-unionisation, and sectoral changes (IMF 2017). The fall is common to many countries, and is assumed to be undesirable in a political economy context.

But this begs a question: what would the socially optimal labour share be? Research on optimal growth usually concludes that the market or decentralised growth rate falls below the socially optimal one, due to technological frictions and externalities. Despite its importance, no one has found corresponding implications for the labour share. In a market economy does too little or too much income go to labour, relative to the social optimum?

We go back to theory to address this question – a micro-founded non-scale endogenous growth model. In our framework, we combine two R&D sectors providing capital- and labour-saving innovations. We solve and compare the social planner and decentralised allocation.

To provide a data-consistent comparison between the social planner and decentralised allocation outcomes, we match the long-run characteristics of the US economy between 1929 and 2015. In our central calibration, we set factors of production in the aggregate production function to be gross complements – in other words, the elasticity of substitution (σ) between labour and capital is set to be less than one. This choice is in line with most empirical studies for the US aggregate production function (Chirinko and Mallick, 2017, Klump et al. 2012). In addition, most of the empirical evidence exploiting time series variation for other countries also implies a substitution elasticity of less than one (Mućk, 2017).

To explain this, we first identify externalities that are able to generate sub-optimal output growth in the DA (Jones and Williams 2000). Markets fail to account for the external effects of accumulated knowledge on future R&D outcomes and of accumulated physical capital on R&D activity, and they internalise R&D duplication effects. Under our baseline calibration the growth rate (of output) in the decentralised allocation is half that of the social planner (1.7% vs. 3.4%). With lower output growth the net real rate of return of capital is higher and, therefore, capital productivity is accordingly higher as well.

Then we find that under gross complementarity of factors (σ < 1), lower output growth and higher capital productivity translate into a lower labour share in the decentralised allocation.

Our results are highly robust. The only variable that changes the implication for the labour share is the elasticity of factor substitution itself. This can be seen in the third and fourth columns, where we respectively impose an elasticity of factor substitution of unity (Cobb Douglas) and 1.25, which is often quoted in the context of Piketty’s work.

Gross substitutes yield highly counterfactual outcomes. For example, if σ = 1.25 (only marginally above Cobb Douglas), the model produces a decentralised labour share above that of the social planner, but that level is low (0.52). In the US such a value, even controlling for different definitions of the labour share, has never been realised. And such a mild perturbation away from Cobb Douglas generates an equilibrium per-capita growth rate of around 6%, again highly counterfactual. The difference between the social planner and decentralised allocation when σ > 1 reinforces our calibration with σ < 1.

Since our model endogenises both economic growth and factor income shares, it is appropriate for analysing the two 'Fundamental Laws of Capitalism' in Piketty (2014):

Our model has the advantage over Piketty's that all three variables are endogenous, and hence one can observe whether changing some parameters implies outcomes that contradict his claims.

Our findings are generally negative. Taking Piketty’s claims together logically implies that the capital-to-output ratio and the capital share are positively correlated, suggesting that capital and labour should be gross substitutes (σ > 1). Based on US as well as international evidence, this seems to be a counterfactual assumption.

Also, our comparative statics of the capital share, capital per worker and the economic growth rate in the decentralised equilibrium of our model do not match Piketty. We find that when households become more patient or more willing to substitute consumption intertemporally, only the second law holds. In turn, if s increases, the optimal growth rate increases hand-in-hand with the capital share and the capital-to-output ratio. Such a case violates both laws.

Can the social optimum limit long-run swings in factor shares?

The existing empirical evidence emphasises the decline in the labour share across many countries since the 1970s. But there have been previous large swings in the labour share. In a broader historical context, the labour share has been extremely persistent and often volatile. Although bounded within the unit interval and theoretically stationary, it is characteristically volatile, with long swings. In particular, around 80% of labour share volatility in the US between 1929 and 2015 has been due to fluctuations in medium-to-long run frequencies (Mućk et al. 2018) and these oscillations, as opposed to the short-run component of the labour share, are procyclical. In the decentralised allocation, our framework replicates this empirical pattern (Growiec et al. 2018). Our findings are a further argument for gross complementarity of capital and labour because gross substitutability generates a counterfactual countercyclical labour share.

From the policy perspective, however, long-run swings in factor shares are equally interesting for the social planner case. Our results show that compared to the social planner, the decentralised allocation features relatively shorter cycles but also faster convergence to the balanced growth path. Therefore we cannot claim that volatility when there is decentralised equilibrium is excessive. If both allocations start from a point that is not on the balanced growth path, then the decentralised allocation would exhibit a greater frequency but smaller amplitude of cyclical variation.

In the context of an endogenous growth model with gross complementarity of capital and labour, we find that in our central calibration to the US economy the socially optimal labour share is 17% (11 percentage points) above the decentralised equilibrium. Both the decentralised and social optimum outcomes are characterised by cycles. Thus cycles in this model turn out to be socially optimal. This has implications for the efficacy of stabilisation policy.

Our results could be contrasted with findings from a much-needed prospective study of optimal factor shares under inequality in factor ownership. Such a study might uncover the associated trade-off between efficiency and inequality. We expect that the discrepancy between the optimal and decentralised labour share may potentially be even larger.

Authors’ note: The views presented here are those of the authors and do not necessarily reflect the official views of the ECB, the NBP, or the Eurosystem.