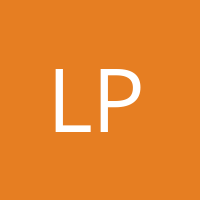 by
Lotti, Presbitero
My articles My books
Follow on:
Summary:
In 2015, world leaders gathered in Addis Ababa for the third International Conference on Financing for Development. The discussion focused on new and traditional mechanisms to catalyse additional long-term financing from the official and private sector to finance the Sustainable Development Goals (SDGs) and to scale up investment in physical and social infrastructure in developing countries (Adam et al. 2015). One of the most recent estimates shows that delivering the SDGs by 2030 will require additional spending of US.6 trillion for emerging markets and developing countries (Gaspar et al. 2019). Filling this financing gap would cost a significant share of GDP, especially in poorer countries. Foreign aid and domestic revenue mobilisation alone will not be enough. Increased

Aizenman, Ito writes Global politics from the view of the political-economy trilemma

The cleansing effect of banking crises

Global politics from the view of the political-economy trilemma

In 2015, world leaders gathered in Addis Ababa for the third International Conference on Financing for Development. The discussion focused on new and traditional mechanisms to catalyse additional long-term financing from the official and private sector to finance the Sustainable Development Goals (SDGs) and to scale up investment in physical and social infrastructure in developing countries (Adam et al. 2015). One of the most recent estimates shows that delivering the SDGs by 2030 will require additional spending of US$2.6 trillion for emerging markets and developing countries (Gaspar et al. 2019). Filling this financing gap would cost a significant share of GDP, especially in poorer countries. Foreign aid and domestic revenue mobilisation alone will not be enough. Increased private sector investment is needed to make progress towards achieving the SDGs (Guriev 2019). For this reason, multilateral development banks (MDBs) have recently reaffirmed their pledge to catalyse more investment from private investors (World Bank 2019), although there is scepticism over their actual capacity to leverage private participation (Kenny 2019).

There are different channels through which MDBs can leverage additional resources from the private sector. For example, MDBs might mobilise additional private finance as their entrance in a given country or sector could signal future investment opportunities. Also, thanks to their long-term involvement, MDBs could promote macroeconomic stability, growth, and an investment-friendly environment – all factors that can attract private creditors. In a similar vein, the presence of MDBs itself can signal to the private market the donors' trust in the country's institutional capacity and its commitment to reform, raising creditworthiness and consequently private capital inflows. Private creditors may also be willing to co-invest in a loan syndication with an MDB to take advantage of its technical expertise, monitoring capacity and better knowledge of the country-sector.

Finally, MDBs could mobilise private resources thanks to the reduction of political and credit risks. Credit risk could be reduced through multilateral guarantees and the extension of the MDBs' preferred creditor status, which implies that their loans are excluded from debt reschedulings. In line with these arguments, Gurara et al. (2020) document that MDBs can ease access to credit for risky borrowers. First, they show a high propensity by MDBs to lend to firms in high-risk countries, which could reflect MDBs’ informational advantages on assessing country political and financial risks. Second, they also find that MDBs are more likely to lend to risky firms in (low-risk) developing countries.

There are multiple examples from around the world of projects with MDB participation that had important catalytic effects in different settings. A prominent example is the Panama Canal expansion. The project to expand the canal and allow larger ships to transit to avoid market losses followed a referendum in 2006 and was financed by the Inter-American Development Bank Group, the European Investment Bank, the Corporación Andina de Fomento, the International Finance Corporation, and the Japan Bank for International Cooperation. It is the largest infrastructure investment in the country since the canal opened — amounting to 30% of GDP — and in the five years after its announcement it is estimated to have attracted almost $10 billion in private investment, which is 1.8 times the project’s cost (Lanzalot et al. 2018).1

The mobilisation effects of MDBs

Other than anecdotal evidence, there is very limited evidence on whether MDBs can actually mobilise additional resources from the private sector. One reason is that estimating the effect of the presence of MDBs on private capital flows requires dealing with the fact that an MDB's choice to invest in a given country is not exogenous. The use of aggregate macroeconomic data is not suitable to determine if private lending would have happened even without MDB involvement. In a recent paper (Broccolini et al. 2019), we overcome this limitation using loan-level data from the syndicated loan market to test whether MDB lending in a given country-sector pair is associated with a subsequent increase in private lending.2 Bringing the analysis to a more disaggregated level has the advantage of controlling for all time-varying factors which are specific to a given country or sector and that could drive MDB and private sector lending. In particular, we are able to control not only for country- and year- fixed effects, but also for country-sector, country-year, and sector-year fixed effects; hence, we greatly diminish the possibility of omitted variable bias and increase accuracy in the estimation of the mobilisation effects of MDBs.

Our results indicate that the volume of syndicated lending, the average number of lending banks per loan, and the average loan maturity increase in the years following the presence of a syndicated loan with MDB participation in a given country-sector pair. To have a better sense of the macroeconomic implications of our results, we estimate the MDB lending multiplier and find that for each dollar that MDBs invest through syndicated loans, they are able to mobilise about seven dollars in syndicated lending by private banks over a three-year period.

To mitigate concerns of reverse causality, we show descriptive evidence that MDBs tend to be among the first to enter a given country-sector,3 and formal evidence of the lack of anticipation effects. To address lingering concerns that our results are due to unobserved variables which drive both MDB and private bank lending in a given country-sector pair, we show that including a large set of additional variables in the model (e.g. the presence of the largest global banks, Chinese lending, aid flows, corporate bond issuances, and value added growth in the country-sector pair) does not affect the significance or the size of the estimated MDB mobilization effects.

Then, we deal with the concern that the mobilisation effects on lending could be partially or completely offset by a reduction in other debt flows, finding no evidence that corporate bond financing declines after an MDB starts lending in a given country-sector pair. We also look at potential displacement effects on aid and other development finance flows, finding no evidence that MDB mobilisation effects crowd-out these flows.

Filling the investment gap to achieve the SDGs by 2030 is a major development challenge. As foreign aid and domestic revenue mobilisation alone cannot meet the target, private sector investment is needed to make progress towards inclusive growth. Our analysis indicates that MDBs can play an important role in attracting additional private capital flows towards investments in developing countries. In particular, we find that once an MDB enters a country-sector pair through participation in a loan syndication, the number of total syndicated loans and the associated capital inflows increase. In addition, access to credit improves, since the average number of lending banks per loan and the average loan maturity also increase. These effects last over time and are economically sizable, as we find that for each dollar that MDBs invest in a country-sector pair over a three-year period, commercial banks lend almost seven dollars.

Finally, our findings indicate that the mobilization effects are not homogeneous across countries. In particular, MDB lending is less effective in mobilising private bank flows to low-income countries, suggesting that MDBs still face significant constraints to attract private resources, especially in countries with larger financing needs.

Authors’ note: The views expressed here are those of the authors and do not necessarily represent those of the institutions with which they are affiliated.

Adam, C, U Panizza, A F Presbitero and D Vines (2015), “Financing for development: The policy and research agenda”, VoxEU, 12 May.

[1] In Tanzania, the Tanzania Electric Supply Company (TANESCO), the European Investment Bank (EIB) and several other MDBs financed the Backbone Interconnector Project to enable better power distribution and the reliability of power supply. The project became active in 2017 and catalysed private investment estimated at 0.5-0.8 times the total costs. In India, the International Finance Corporation (IFC) launched a rupee bond program in offshore markets, later named the Masala Bond Program, which allowed Indian entities to access international investors that they would have not reached otherwise. The currency risk was borne by foreign investors, that could in turn benefit from the strong fundamentals of the Indian emerging economy. The total private catalysation from private institutional investors residing offshore was estimated to amount $6.2 billion (World Bank 2018).

[2] We focus on MDB participation in syndicated lending to developing and emerging countries, which is an important source of funding for private corporations.

[3] If, for each country-sector pair, we define the “first” lending year as the first year since 1995 in which a country-sector receives a syndicate loan, we find that in 32% of these “first” years there is at least an MDB joining the first syndicated loans; by contrast, this share becomes substantially lower (23%) in subsequent years.

My articlesMy books
Follow on:
Previous Impact of the US-China trade war on Japanese multinationals
Next Waterbed effects of macroprudential policies