Home / VoxEU / Automation and its enemies

Automation and its enemies 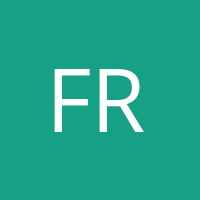 by
Frey, Rahbari
My articles My books
Follow on:
Summary:
The Industrial Revolution made technology the engine of economic growth (Landes 1969, Mokyr 1990). Before 1750, per capita income in the world doubled every 6,000 years. Since then, it has doubled every 50 years (DeLong 1999). This acceleration was in large part the consequence of applying machinery in production, which allowed us to produce more with fewer people (Frey 2019). Seen in this light, the current automation hysteria is hard to understand. Future generations could make an extraordinary leap forward from the Industrial Revolution’s ‘great enrichment’. The industrialisation process itself, however, was a different matter. The Luddites, who rioted against the mechanised factory, were not irrational enemies of technological progress (Citi 2019, Frey 2019). They were not

The Industrial Revolution made technology the engine of economic growth (Landes 1969, Mokyr 1990). Before 1750, per capita income in the world doubled every 6,000 years. Since then, it has doubled every 50 years (DeLong 1999). This acceleration was in large part the consequence of applying machinery in production, which allowed us to produce more with fewer people (Frey 2019). Seen in this light, the current automation hysteria is hard to understand. Future generations could make an extraordinary leap forward from the Industrial Revolution’s ‘great enrichment’. The industrialisation process itself, however, was a different matter. The Luddites, who rioted against the mechanised factory, were not irrational enemies of technological progress (Citi 2019, Frey 2019). They were not the ones benefiting from mechanisation, so their opposition made sense.

The Industrial Revolution laid the foundations for the modern world we live in today, but getting there involved a painful transition. Even as GDP per capita growth took off, the gains from growth didn’t find their way into the pockets of average people. Real wages were stagnant or even falling for some. As craftsmen’s incomes vanished, as their jobs were replaced by machines, the gains of growth went to industrialists, who saw their rate of profit double (Allen 2009). This led Friedrich Engels to conclude that the machine-owning industrialists grew “rich on the misery of the mass of wage earners”. As the eminent Eric Hobsbawm pointed out, the Industrial Revolution began with the construction of the first factories and ended with the publication of the Communist Manifesto (Hobsbawm 1962).

Why did working people participate in the British Industrial Revolution if it reduced their utility? The simple answer is that they did not. Besides rioting, they frequently petitioned parliament to block the introduction of machinery. Not only was their voice ignored but the British army clashed with machine-smashing Englishmen. “All the Luddites achieved during the risings of 1811–16 is prompting the government to deploy an even larger army against them: the twelve thousand troops sent to resolve the machinery riots amounted to more people than the army Wellington took into the Peninsular War against Napoleon in 1808” (Frey 2019).

What would Friedrich Engels have written, had he lived today? As economic historians have noted, our age of computerisation has caused a similar hollowing out of middle-income jobs as the mechanised factory did in the 19th century (Katz and Margo 2013). What’s more, like mechanisation during the Industrial Revolution prompted the labour share of national income to fall, the declining labour share across countries is linked to the automation of middle-income jobs and the reallocation of workers into low-income service jobs. Indeed, in a recent cross-country study the IMF concluded that “technological advancement, measured by the long-term change in the relative price of investment goods, together with the initial exposure to routinization, have been the largest contributors to the decline in labour income shares in advanced economies” (Dao et al. 2017).

More worrying still, in the US, the wages for prime-aged men with no more than a high-school diploma have declined since 1980, adjusted for inflation (Acemoglu and Autor 2011), and labour force participation rates among men aged 25 to 55 have fallen in tandem (Eberhardt 2016). Labour-replacing technological change is part of the reason. Estimates show that each multipurpose robot has replaced about 3.3 jobs in the US economy and reduced real wages (Acemoglu and Restrepo 2019).

This has not happened evenly across the US economy. For example, there are more robots in Michigan alone than in the entire American west. Where manufacturing jobs have disappeared is also where US dissatisfaction is the greatest. Donald Trump made the largest gains, relative to Mitt Romney’s election result, in communities where robots were adopted more extensively (Frey et al. 2018). Even in Sweden, right-wing populists have done better where stable employment has been at higher risk of automation (Dal Bo et al. 2019). Like during the Industrial Revolution, the losers to technology are demanding change.

While the political response so far has primarily focused on globalisation and its discontents, many citizens now also favour policies to hold back the robot revolution. According to a Pew Research survey in 2017, 85% of the respondents in the US are in favour of policies to restrict the use of machines beyond hazardous work. Meanwhile, proposals to tax robots to slow down the pace of automation now feature in the debate on both in the US, Europe, and Korea. In the US, Andrew Yang has even made automation the key issue of his bid for the White House in 2020. The Luddite impulse could return.

Indeed, historically, resistance to new technologies that threaten people’s jobs and skills have been the norm rather than the exception (Citi 2019, Frey 2019). The Luddite risings, which have been the focus of most popular commentary, were merely part of numerous machinery riots in Britain, France, Germany, and China. For example, as the Parisian crowds stormed the Bastille at the dawn of the French Revolution, woollen workers in Saint-Sever destroyed all the machines that had been used there (Horn 2009). What’s more, in the 17th century, a host of European cities banned automatic looms fearing social unrest.

Economic historians have also argued that one reason for China’s late industrialisation is that resistance to labour-replacing technologies persisted even longer there. In the late 19th century, for example, imported sewing machines were smashed by local workers (Desment et al. 2018). As Frey (2019) points out, British governments were actually the first to side with inventors rather than rioting workers, which might explain why Britain was the first country to industrialise.

We are arguably in the midst of another revolution in robotics and artificial intelligence, which threatens to render many jobs redundant (Citi 2015, Frey and Osborne 2017). And as we have seen, such technologies have historically prompted widespread resistance. If new technologies are blocked because some people fear losing their jobs, long-run growth and prosperity will suffer as a consequence. The Industrial Revolution was the beginning of an extraordinary transformation that benefited everyone over the long run. Advanced robotics and artificial intelligence have the potential to do the same, but reaping the benefits from the technologies on the horizon will require managing the short run.

There is no silver bullet for managing the short run. However, there are several policy interventions that may seem minor individually but can make a big difference collectively. The central challenge is to raise productivity on average, and prosperity for most. This can be achieved by revamping education, boosting training and employment support, supporting business dynamism by removing barriers to job switching (e.g. occupational licenses), expanding housing supply where new jobs are emerging, connecting expanding and contracting regions through smart infrastructure investments, and finally, promoting inclusion and participation (Citi 2019).

A substantial and growing body of evidence supports the effectiveness of many of the policy interventions we advocate. For instance, the US Earned Income Tax Credit has boosted employment by single parents and other marginalised groups, boosted educational attainment in their offspring, and raised intergenerational mobility (Nichols and Rothstein 2015). Investments in early childhood education produce return of 7-10% per year by improving educational, health and productivity outcomes and reducing crime (Heckman et al. 2010).

Even though there are many historical examples of technological change creating major disruption and resistance, timely and appropriate policy responses can provide the best insurance that history does not repeat itself.

Citi (2015), "Technology at work. The future of innovation and employment", Global Perspectives & Solutions.

Frey, C B and M A Osborne (2017), "The future of employment: How susceptible are jobs to computerisation?" Technological Forecasting and Social Change 114: 254-280.

Katz, L F and R A Margo (2014), "Technical change and the relative demand for skilled labor: The United States in historical perspective", in Human capital in history: The American record, University of Chicago Press, pp. 15-57.

Landes, D S (1969), The unbound Prometheus: Technological change and development in Western Europe from 1750 to the present, Cambridge University Press.

My articlesMy books
Follow on:
Previous Impact of the US-China trade war on Japanese multinationals
Next Waterbed effects of macroprudential policies