Optimal policy responses to the growing polarisation of occupations in space 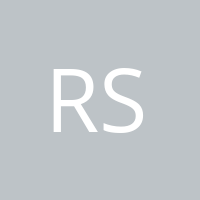 by
Rossi-Hansberg, Sarte, Schwartzman
My articles My books
Follow on:
Summary:
Over the greater part of the last four decades, occupations of different types have become increasingly spatially polarised in the US. Occupations that are mainly associated with ‘cognitive’ and ‘non-routine’ tasks (CNR occupations), such as those carried out by doctors, lawyers, computer scientists, or researchers, are now disproportionately represented in larger cities. At the same time, workers employed in occupations that do not primarily reflect cognitive non-routine tasks (non-CNR occupations) are increasingly located in smaller, stagnant, or even declining cities. Larger cities more and more appear to only offer opportunities to those workers employed in CNR occupations (Autor 2019). Because CNR occupations are also associated with higher earnings, it follows that the

Over the greater part of the last four decades, occupations of different types have become increasingly spatially polarised in the US. Occupations that are mainly associated with ‘cognitive’ and ‘non-routine’ tasks (CNR occupations), such as those carried out by doctors, lawyers, computer scientists, or researchers, are now disproportionately represented in larger cities. At the same time, workers employed in occupations that do not primarily reflect cognitive non-routine tasks (non-CNR occupations) are increasingly located in smaller, stagnant, or even declining cities. Larger cities more and more appear to only offer opportunities to those workers employed in CNR occupations (Autor 2019). Because CNR occupations are also associated with higher earnings, it follows that the much-documented rise in US wage inequality that took place over this period has an important geographic component. Two key questions, then, are: Can the economy re-allocate occupations of different types across locations in a way that improves the lives of all US workers? If so, what policies might encourage this spatial re-allocation?

In thinking about the practical implications of these questions, one need only consider the basic challenges of a small town where the share of non-CNR employment is relatively high, and that struggles to reverse the loss of population caused by the decline of some of its main industries. Should it leverage its existing assets and expand, for example, its furniture production or accommodation services, or should it instead invest in an entirely new sector such as information technology and try to become the next San Jose? If such a town wanted to leverage its current industrial strengths, how could it even attract new workers who live in larger places that have a wider range of amenities? Are small cities bound to decline inexorably as large cities become ever larger? What about the much-discussed implications for congestion and rapidly rising housing prices in those larger cities? Could even a large city do better?

What the data tell us

The data on wages and occupations across cities reveal three important patterns.

In fact, consistent with all three data patterns discussed above, in a recent paper (Rossi-Hansberg et al. 2019) we estimate significant productivity spillovers among CNR occupations, and little or no spillovers among non-CNR workers. We use a spatial equilibrium model, a variety of instruments, and a wealth of data related to cities’ employment, wages, industrial mix, occupational composition, and rental prices. For example, moving from Winston-Salem, NC, with a share of CNR employment of 36% (corresponding approximately to the 75th percentile of the distribution of CNR shares) to Austin, TX, with share of 42% (closer to the 94th percentile) increases the productivity of a CNR worker by roughly 7%. The fact that the productivity of CNR workers notably increases with the share of CNR employment explains both the higher demand for those workers in larger cities and the fact that their industrial mix alone is insufficient to explain their large wage bill share. In addition, the relatively low spillovers estimated among non-CNR workers accounts for their relatively flat wage profile across cities.

Given the size and patterns of occupational spillovers that we estimate, together with the fact that households have heterogeneous preferences for locations, it immediately follows that there can be productivity gains from a spatial policy that seeks to reallocate occupations across locations. But what does such a policy look like, and how would the gains be achieved across workers of different occupations?

The optimal spatial policy problem asks what set of transfers would encourage workers in different occupations to move across locations in a way that makes everyone better off, while letting them otherwise freely choose where to live, which industry to work for, and how much to consume of different goods and services. Because spillovers among workers are occupation-specific, and households potentially differ in their preferences across locations, it turns out that the optimal spatial policy works in two main ways (Fajgelbaum and Gaubert forthcoming).

First, it incentivises the clustering of CNR workers into ‘cognitive hubs’ to maximise their productivity. These hubs tend to be in larger cities where the share of CNR employment is already high, though there are some exceptions. For example, some large cities such as Las Vegas or Phoenix become hubs for non-CNR workers, given their historical emphasis on industries with high fractions of non-CNR employment such as accommodation services or health. Second, the optimal policy makes it possible for cities that are initially small to become larger by expanding industries in which they already concentrate. Myrtle Beach, SC, for instance, further specialises in accommodation services, such as hotels or resort activities. Under the optimal policy, therefore, currently small cities see a revitalisation of sorts, but not by becoming the next IT hub. Instead, the growth of smaller cities is tied to the expansion of industries in which they already have some historical strength. This expansion then further makes it possible for them to sustain more employment in non-tradable industries such as retail, accommodation, and other services, as local demand for these goods and services increases.

For the revitalisation of smaller cities to take place, cities such as Lancaster, PA, or Reno, NV, must be able to attract workers that are a good fit for their primary industries. Larger cities such as Seattle, WA, or Washington, D.C., therefore, generally shrink under the optimal policy, despite being more productive. They also see their housing prices fall and the wages of their remaining non-CNR workers rise.

Central to the ability of small cities to expand under the optimal spatial policy are transfers that predominantly benefit those cities. These transfers in turn are possible precisely because of the productivity gains generated by the formation of cognitive hubs. Put differently, the size of the overall ‘pie’ is now larger, as the economy becomes more productive. The analysis estimates base transfers accruing to non-CNR workers on the order of $18,000 dollars, while CNR workers, whose wages are substantially higher, ultimately pay a similar sized amount. One natural interpretation of this base transfer is that of a universal basic income paid to all non-CNR workers and financed mostly by CNR workers. Importantly, because CNR workers gain from the optimal spatial policy, they do not mind making those transfers.

Of course, we acknowledge that where workers with certain skill profiles live has implications that extend beyond more immediate current economic welfare. One noticeable example is investments in human capital. To the extent that the occupational composition of a location affects the education of its younger generations, it would imply dynamic considerations that could be important. While those forces are outside the scope of our paper, we agree they are important to broader conversations about place-based policies and do merit extensive study.

In sum, IT workers in San Francisco today enjoy social, work, and knowledge networks that greatly enhance their lives. A key reason underlying this development has been the productivity gains generated by human capital spillovers they have experienced over the last several decades. The implied polarisation of occupations across space that took place over this period has not always produced welfare gains for all workers, though. Indeed, it matters what policies are in place and housing policies that artificially limit housing availability such as NIMBY (‘not in my back yard’) policies, especially in large cities, have made it more difficult for non-CNR workers to remain in large cities in a way that resulted in welfare losses. However, we find that attempts to reverse these trends by attracting high IT industries to small towns is inefficient. Instead, a policy of city- and occupation-specific transfers can improve welfare for all workers and even allow the revitalisation of small cities. The goal ultimately is a geographic distribution of workers where every occupation has its own San Francisco, and where San Francisco is an affordable, enjoyable, cognitive hub.

My articlesMy books
Follow on:
Previous Electoral sentencing cycles
Next Chile’s insurgency and the end of neoliberalism