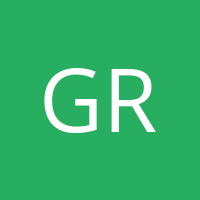 by
Graddy
My articles My books
Follow on:
Summary:
A recent development for Christie’s and Sotheby’s auction houses has been their significant push into private sales. In 2018, private sales at Sotheby’s increased by 37% to billion, or over 15% of all sales at the auction house, and at Christie’s, private sales increased by 7% to 3.3 million (Schultz 2019). This increase at Sotheby’s is due to a concerted effort to expand revenue streams beyond those of traditional open-outcry auctions.  Is this push into private sales by Sotheby’s and Christie’s good for the art market? After all, the auction market provides important information regarding prices that is used by a host of players, including buyers, sellers, investors, students of art history, and even, economists. Furthermore, Sotheby’s and Christie’s, with their

Is this push into private sales by Sotheby’s and Christie’s good for the art market? After all, the auction market provides important information regarding prices that is used by a host of players, including buyers, sellers, investors, students of art history, and even, economists. Furthermore, Sotheby’s and Christie’s, with their dominance of the high-end public auction system in art, are in a unique position to use their understanding of the market and especially connections to customers, both buyers and sellers, as advantages in establishing themselves in private sales.

The importance of the public auction system

Orley Ashenfelter’s seminal 1989 article, “How auctions work for wine and art”, begins with the story of a widow wishing to sell her late husband’s wine. A ‘helpful’ relative offers a very low price for the entire collection, but publicly available prices fetched at auction for identical wines indicate the collection is worth six times the amount offered.

Some of the most fascinating stories about auctions involve the surprising ‘discovery’ of a highly valued artwork in an auction where prices were expected to be very low. This kind of story illustrates one way that regular auctions confer information benefits that are typically not captured by the profits of the auctioneer.

In essence, the presence of an auction system provides a way for an uninformed seller to obtain approximately the market value (minus auction commissions, which can be substantial) for the items they own without the necessity of becoming informed. So long as there are two well-informed buyers in the room who do not collude, the price the object attains will be the same as if the seller was well informed in the first instance.

As Orley Ashenfelter and I noted in Ashenfelter and Graddy (2019), the value of a public auction system as protection for uninformed sellers has long been understood in Europe, but it is not widely appreciated in the US. In both Sweden and Austria, for example, auction houses have sometimes been run as state-owned monopolies. The major auction houses in both the US and England are certainly not state-owned, but they are watched with some care by institutions like the Metropolitan Museum of Art, which disposes of its property only through public auctions.

Because of public auctions, items do not necessarily have to be sold to be valued. Prices from public auctions are used for valuation and investment purposes, creating asset indices that often encourage investment and liquidity in the art market. Insurers will use auction prices to determine the value of a collection, and bankers will use auction prices when lending against art. The public nature of auction prices provides a reliable and independent source of information on value, in a way that private sales do not.

Data and prices from art auctions can also be used to study and understand the intricacies of auctions and competition. Data from art auctions, combined with econometric techniques, can be used to answer questions about art. For example, both Ginsburgh and Weyers (2008) and I (Graddy 2013) have used auction data to determine whether the rankings of the art critic, Roger de Piles, have withstood the test of time. More recently, Carl Lieberman and I used data from art auctions to determine whether works of art created after the artist experiences the death of a family or friend are more or less valuable compared to works produced at other times of the artist’s life (Graddy and Lieberman 2018). Data from art auctions, combined with methodology from the field of economics, provide a rich and unusual method for answering many questions, in the areas of both economics and the arts.

In markets of items with unknown or rapidly changing value, a public market, such as an auction, is indispensable for determining value.

Many people think they understand the rules of an English auction because they are so commonly used. Sotheby’s, Christie’s, Phillips and the other English auction houses have invented and refined these rules over two centuries, and they are now common in many other parts of the world. It is well known that in an English auction, the bidding begins low and edges upward as bidders escalate their bids. When the bidding stops, the item for sale is said to be ‘knocked down’ or ‘hammered down’. The price at which an item is knocked down or hammered down is called the ‘hammer price’.

What is not so well understood is that the items knocked down have not necessarily been sold. The seller will generally set a ‘reserve price’, and if the bidding does not reach this level, the item will go unsold. Auctioneers say that an unsold item has been ‘bought in’. (This terminology is somewhat misleading since the auction house rarely buys unsold items.) An item that has been bought in may be put up for sale at a later auction, sold elsewhere, or taken off the market.

In auctions of Impressionist paintings, about one-third of the paintings put up for sale will not find buyers in a normal period. In Ashenfelter and Graddy (2011), my co-author and I show that over the 27-year period from 1980 to 2007, the average sale rate for Impressionist art was 69.8%. In wine auctions, on the other hand, the typical ‘buy-in’ rate ranges from 5% to 10%. The typical buy-in rates for other auction items — European paintings, silver, furniture, and jewellery — usually, but not always, fall between these extremes.

Auctioneers are very secretive about whether and at what level a reserve price may have been set, and there is a real auctioneer’s art in getting the bidding started on each item without revealing the reserve price. For example, the auctioneer may have to accept and announce fictitious bids ‘off the wall’ or ‘from the chandelier’ to start the ‘real’ bidding.

At the same time, sellers are forbidden by contract with the auctioneer from bidding in the auction, unless clearly noted in the footnote for special circumstances, such as death or divorce. This is the protection that the auctioneer offers to the prospective buyers to ensure that they are not being artificially ‘bid up’. In short, the auctioneers do not reveal the reserve price and they make it as difficult as they can for bidders to infer it. In Ashenfelter and Graddy (2019), we describe the auction system and present a table of historical sale rates across different items.

Thus, the auction system itself provides significant knowledge to the auctioneer, unavailable to other market participants. This is compounded by the fact that, according to The Art Newspaper, Christie’s and Sotheby’s together sell more than 80% of art priced over $1 million at auction (Gammon 2018).

Sotheby’s and Christie’s are already dominant in all types of sales of art over $1 million. If they want to break into the private sales market, they are in a strong position to do so.

The preparation for an auction and knowledge of market participants

The knowledge of market participants is unparalleled at both auction houses. Peter Watson (1992), in his first chapter, “Selling Dr. Gatchet”, described Barbara Strongin of Christie’s sales during the preparation for the sale of van Gogh’s famous work in 1989: “She knows many of the main players by sight, and she has a fax or phone relationship with countless others.… She also has her preferred list, fifty to seventy people who have spent at least $2 million with Christie’s in the immediate past” (Watson 1992: 11). This description of the auction preparation changed very little 18 years later in Sarah Thornton’s first chapter, “The Auction”, in the description of the selling of some famous contemporary artists, including Cy Twombly, Ed Ruscha, and Andy Warhol. In fact, Christie’s famous auctioneer, Christopher Burge, presided over both auctions (Thornton 2008).

The heft of the major auction houses’ marketing and data-gathering ability has only increased in recent years. Christie’s went through an unprecedented marketing effort during the sale of Leonardo da Vinci’s Salvator Mundi, staging a one-month world tour with more than 27,000 potential customers visiting the exhibit (Avery 2019). The knowledge of market participants combined with a deep knowledge of the art that is being sold, gained from employing a cadre of provenance and art historians, provides Christie’s and Sotheby’s with a unique perspective on the art market.

Again, overall, the two major auction houses have the size, resources, expertise, and history to dominate the private sales markets, just as they have dominated the auction markets.

It is sometimes said that the auctioneers at Christie’s (now owned by Frenchmen) are gentlemen who try to act like businessmen, while the auctioneers at Sotheby’s (now owned by Americans) are businessmen who try to act like gentlemen. There is no doubt an element of truth to this characterisation of the style of these two auction houses. The competition among auctioneers is more than a matter of style, however. The auction business is an interesting example of an industry where the cost of building a reputation may act as a significant entry barrier to new competitors in the auction market.

Is it possible for Christie’s and Sotheby’s to extend their duopoly of the auction market to the private sales market? This possibility is something for market participants and regulators to watch carefully. The two auction houses have contravened competition policy laws in the past.

Evidence of their collusion emerged in the major criminal trial of Alfred Taubman, chairman of Sotheby’s, in New York City, who was found guilty of price-fixing in 2001. Testimony in the trial by the former president of Sotheby’s indicated that executives anticipated higher profits as a result of collusion that were in the tens of millions of dollars. In Ashenfelter and Graddy (2005), my co-authors and I provide an economic analysis of this price-fixing scandal.

In this long and prosperous period for the art market as a whole, there have been other developments of interest. In previous booms, the auction houses themselves would guarantee a price for important works of art in order to win a commission. This led to some significant losses when the art market cooled. But there has been a move away from auction houses guaranteeing items themselves and toward third-party guarantees. Overall, this is a positive development for the auction houses, resulting in decreased risks.

In another recent development, in June 2019, Patrick Drahi, a French telecommunication billionaire, has taken Sotheby’s private once again after its 30 years as a public company. The freedom of becoming a private company puts Sotheby’s and Christie’s once again on a level footing.

The question remains as to whether the foray into private sales by the two competing auction houses will be a concerning development for the art market, decreasing competition, or whether or not it is a necessary development for these venerable companies to survive and thrive for another 250 years.

Ashenfelter, O, and K Graddy (2005), “Anatomy of the rise and fall of a price-fixing conspiracy: Auctions at Sotheby’s and Christie’s”, Journal of Competition Law and Economics 1: 3–20.

Gammon, M (2018), “Why the Christie’s and Sotheby’s duopoly is impregnable”, The Art Newspaper, 22 November.

My articlesMy books
Follow on:
Previous Global lessons from Euroscepticism
Next Low-carbon trade agreements: A new joint mission for climate and trade negotiators