Home / VoxEU / Why are economists letting down the world on climate change?

Why are economists letting down the world on climate change? 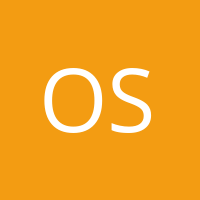 by
Oswald, Stern
My articles My books
Follow on:
Summary:
We are sorry to say that we think academic economists are letting down the world.  Economics has contributed disturbingly little to discussions about climate change.  As one example, the Quarterly Journal of Economics, which is currently the most-cited journal in the field of economics, has never published an article on climate change.   In this column we give other bibliometric data, for a range of ‘general’ economics journals, to illustrate what is a major failing of our profession.  We propose that some form of intervention is now urgently required – by editors and senior professors – to break out of what appears to be a dismal Nash equilibrium.  Otherwise history will judge our profession severely.  And unfortunately, it should. Action on climate change is arguably the

We are sorry to say that we think academic economists are letting down the world.  Economics has contributed disturbingly little to discussions about climate change.  As one example, the Quarterly Journal of Economics, which is currently the most-cited journal in the field of economics, has never published an article on climate change.

In this column we give other bibliometric data, for a range of ‘general’ economics journals, to illustrate what is a major failing of our profession.  We propose that some form of intervention is now urgently required – by editors and senior professors – to break out of what appears to be a dismal Nash equilibrium.  Otherwise history will judge our profession severely.  And unfortunately, it should.

Action on climate change is arguably the greatest challenge for public policy of our times.  For at least 50 years (Benton 1970, Madden and Ramanathan 1980), the balance of the scientific evidence has supported the view that the world is warming and that it is because of human activity.  Natural scientists have been doing their job.

Now it is predominantly a form of social science problem.  Economic forces have largely created the carbon dioxide problem, yet currently our discipline is hardly visible.  As we shall show, the published articles in our leading journals are disturbingly few and far between, and nowhere near commensurate with the magnitude of the problem and the potential and necessary contribution of economics. We are sorry to say that we believe economists are failing human civilisation, including their own grandchildren and great-grandchildren.

This is a moment (as we argue in Oswald and Stern 2019) for our discipline to engage in a careful discussion of priorities and what it can contribute.  Here we try to summarise a few of the ideas from our longer article.

Atmospheric concentrations of carbon dioxide are now over 400 parts per million (ppm), and the last time that occurred the average global surface temperature was around 3°C above the late 19th century (the usual benchmark).  Sea levels were then 10-20 metres higher than now.  That was roughly three million years ago; homo sapiens has been here for around 250,000 years.  Our basic civilisations, with the cultivation of grains and associated human settlements and surpluses, rose during the Holocene period, since the warming after the last ice age, covering roughly the last 10,000 years.  That benign period saw, approximately, plus or minus 1°C.  We are now, at 1°C, on the edge of that experience.  Further, we are adding 2ppm CO2 per year and thus likely heading for 3°C or more in the next century or so, unless we make radical and rapid change to our processes of production and consumption.

Notes: Global mean surface temperature from 1880 to 2018, relative to the 1951–1980 mean. The black line is the global annual mean, and the red line is the five-year local regression line.

The report of the Intergovernmental Panel on Climate Change of October 2018 showed that the difference in impact between 1.5°C and 2°C was very large.  That 0.5°C increase would imply that, for example, the length of droughts would double, the occurrence of extreme weather events would more than double, and all the coral would be gone.  That is why the UNFCCC Paris Agreement (COP21) of December 2015 – to which more than 190 countries have subscribed – wisely set the target of holding temperature increases to “well below 2°C” with efforts to hold to 1.5°C.

To have a reasonable chance of holding below 2°C, we have to cut emissions by around 40% absolutely in the next two decades.  Much bigger cuts are necessary for 1.5°C.

These simple numbers indicate very clearly the scale and urgency of the necessary change.  The investments of the next two decades are decisive for the planet and the future of our children and their children.  These investments will be settled by decisions taken in the coming few years.  Good economics can and should play a fundamental role in guiding the policy framework that will influence those decisions.  That is why it is so important that our profession accelerates its work now.

The required change must be radical but it can deliver, over the next few decades, strong and inclusive growth and poverty reduction.  It can boost output (in a demand-constrained world) and sharpen supply in the short to medium term.  It is already setting off a wave of Schumpeterian technical progress, which will be powerful over the coming decades.  And we know there is no long-run high-carbon growth story.  It would self-destruct on the very hostile environment it would create.

None of this can happen without good policy.  That is where economics must play its role.  In addition, it should be clear that we need analytical contributions from right across our subject.  Much of this will be about political will and institutions – political economy is central. And behavioural change is fundamental. Sadly, far too much of the economic modelling has treated the problem in this way.  We should not shoehorn the problem into familiar structures just because they are familiar.  That approach simply fails to capture the issues at stake.  Further, we have to take the ethics and moral philosophy seriously.

We surely have a duty to get involved.  At the same time, the issues and analyses are fascinating.  It is not just their importance that makes them exciting but also their analytical content.  Persuasive evidence on the causal implications of the natural environment for human wellbeing has begun to emerge (e.g. Luechinger 2009, Levinson 2012). There are new ways to put an explicit value on environmental influences.  See also, for example, the articles implicitly listed in Table 1, which includes many papers by important contributors such as William Nordhaus and Martin Weitzman, and see too perhaps the recent work of Atkinson et al. (2012), Maddison et al. (2019), Clayborn and Brooks (2019), and Stern (2015, 2018).

Notes: These are chosen as ‘general’ economics journals. Total articles by these journals (all topics) = 77,000 approx.
Source: Own calculations using the Web of Science (Clarivate Analytics). Search done in August 2019.

If one looks at the main academic journals of economics, it is hard to avoid the view that economists are letting down the world.   Table 1 gives some numbers and has troubling implications.  Notably, the Quarterly Journal of Economics, currently the most-cited journal in our discipline, has published zero articles. The table also provides data for the Economic Journal, the Journal of Political Economy, the Review of Economic Studies, the American Economic Review, Economica, Econometrica, American Economic Journal – Applied Economics, and the Journal of the European Economic Association.

For the technical record, we did our search on the Web of Science, beginning with the composite search term “Climate OR Carbon OR Warming”, because that is a way to pick up multiple combinations of the key words that might be relevant.  Then we went through the list by hand, and thus could excise articles about the climate of industrial relations, warm-glow altruism, and so on.  We neglected Presidential Addresses, the AER Papers-and-Proceedings volumes, book reviews, comments, replies, and special issues.  It should be emphasised that we did not make these deletions because we view such contributions as of little value.  Rather, our aim was to provide a picture of what might be thought of as standard, representative economics as portrayed in the leading journals of our profession.

We would accept that there are likely to be small errors, and occasional debatable aspects, in our classification system. But we hope readers might agree that these are unlikely to matter for the thrust of our current argument.

This lack of research on climate-change issues by economists and social scientists was pointed out in a more general way a decade ago in an article by Goodall (2008).  Goodall and Oswald (2019) make the related point that since the year 2000, the 50 journals that count towards the FT Research Rank list have published only 11 articles on species decline and bioversity (out of 47,000 articles).

It is time for our profession to live up to its responsibilities.  Economists have been too silent on the greatest problem of our age. If we do not move quickly, we think the discipline will be judged harshly by the humans of the future – including by our own offspring.

We need to break out of the dismal prevailing Nash equilibrium.  Action by the editors of journals and senior professors in our universities is required.  New incentives are needed.  Now, not tomorrow.

Authors’ note: The authors write in a personal capacity.  They are grateful to Amanda Goodall of Cass Business School for helpful discussions.

Atkinson, G, I Bateman and Mourato (2012), “Recent advances in the valuation of ecosystem services and biodiversity”, Oxford Review of Economic Policy 28: 22-47.

Claborn, K A and J S Brooks (2019), “Can we consume less and gain more? Environmental efficiency of wellbeing at the individual level”, Ecological Economics 156: 110-120.

Goodall, A H (2008), “Why have the leading journals in management (and other social sciences) failed to respond to climate change?”, Journal of Management Inquiry 17: 408-420.

Goodall, A H and A J Oswald (2019), “Researchers obsessed with FT Journals list are failing to tackle today’s problems”, Financial Times, 8 May.

Oswald, A J and N Stern (2019), “Why does the economics of climate change matter so much, and why has the engagement of economists been so weak?”, Royal Economic Society Newsletter, October.

Stern, N (2015), Why are we waiting? The logic, urgency, and promise of tackling climate change, MIT Press.

My articlesMy books
Follow on:
Previous Global trade protection and the role of non‑tariff barriers
Next Peer effects in product adoption