Home / VoxEU / Patronage and performance in the Age of Sail

Patronage and performance in the Age of Sail 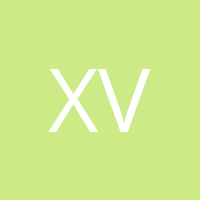 by
Xu, Voth
My articles My books
Follow on:
Summary:
Imagine going to work for your uncle at an early age. Then, after a few years, you pass a major exam in front of a panel chaired...by your uncle, who has in the meantime risen to a position of major influence. Before long, at the tender age of 21, you find yourself in charge of 200 men, making life-and-death decisions on your own. What are the chances that an organisation where such a career path is not just possible, but common, will do very well?  The young man in our little story is Horatio Nelson, who joined the Royal Navy aged 12, serving on his uncle’s ship HMS Raisonnable. Nepotism and patronage were closely linked in his case – a family member promoted his fortunes and could do so because there was discretion over public appointments. Nelson also went on to become an

Imagine going to work for your uncle at an early age. Then, after a few years, you pass a major exam in front of a panel chaired...by your uncle, who has in the meantime risen to a position of major influence. Before long, at the tender age of 21, you find yourself in charge of 200 men, making life-and-death decisions on your own. What are the chances that an organisation where such a career path is not just possible, but common, will do very well?

The young man in our little story is Horatio Nelson, who joined the Royal Navy aged 12, serving on his uncle’s ship HMS Raisonnable. Nepotism and patronage were closely linked in his case – a family member promoted his fortunes and could do so because there was discretion over public appointments. Nelson also went on to become an outstanding naval officer, commanding British fleets that destroyed their enemies at the Nile, Copenhagen, and Trafalgar (Coleman 2001). The Royal Navy was arguably the most successful navy in the Age of Sail, laying the foundations of Britain’s empire – but it was also riddled with patronage.

The ‘problem’ of patronage

Patronage continues to be widespread – thousands of American civil servants serve ‘at the pleasure of the president’ and municipal politicians the world over appoint officials, for example. Most of the evidence on its effects is negative: political appointees in Brazilian municipalities have lower qualifications, members of the Chinese Academy of Science who are elevated when someone from their region sits on the selection panel have weaker CVs, and British colonial governors with family ties to the Colonial Office back in London performed more poorly (Colonelli et al. 2018, Fisman et al. 2018, Xu 2018).

While there is some empirical evidence that patronage is bad, its theoretical effects are ambiguous (Prendergast and Topel 1996). Discretion over appointments can be used for good and bad – relatives can promote dunderheads to promptly fail but who are then protected or even promoted. Alternatively, those in power can use all the information they have about a candidate, including private information, and use it to pick the best person for the job. Where they happen to have more information about family members, they could use their insight to pick winners.

The view from the quarterdeck

In recent research, we look at how the Royal Navy fought its way into the history books (Voth and Xu 2019). The Royal Navy typically lost very few ships while capturing scores of enemy vessels. The ratio in most engagements was 7:1 and a staggering 32:1 for battleships (Allen 2002). Patronage ‘worked’ – officers with connections to the top of the naval hierarchy on average performed better. To make this case, we collect data on over 5,000 officers and nearly 4,000 ships. They fought over 1,000 naval battles.

After serving for a minimum of six years, young men could be promoted to lieutenant. Thereafter, they typically served in junior roles, but could also be put in charge of a vessel. The crucial step in a naval officer’s career was being ‘made post’, i.e. being appointed to command a larger warship. Post-captains were then on a conveyor belt to becoming an admiral, with promotion strictly based on seniority. We compare naval officer with and without family connections to the very top of the Navy hierarchy – the Admiralty – at the time of promotion.

If admirals favoured their kin independent of ability, those with family connections should have underperformed for the rest of their lives. Management ‘teams’ at the Admiralty normally turned over every few years; the men they promoted stayed for many more.

We find that those promoted by a relative did much better on every possible measure of performance than those without a family connection. For example, a British captain in the long 18th century (1690-1850) would typically capture, burn, or sink 0.8 enemy ships per year; but if he was connected to the Admiralty, this would rise to 1.3, a rate of success fully 60% higher. Figure 1 illustrates our main finding. While pre-promotion, connected and unconnected officers perform similarly, a large performance gap opens up thereafter.

Notes: Battle performance is defined as the number of enemy ships captured, burned, or sunk, as well as successful attacks on harbour installations, fortresses, and cutting-out expeditions.

Family connection brought many benefits. Could it be that connected officers got better ships and crews, or were given ‘juicier’ assignments? We control for simple measures of ship quality like the number of guns and the date of the latest refit and find the same performance differential. Interestingly, even when we compare captains with and without family ties in charge of the same vessel and with the same crew, we find large differences in performance. Connected officers also continued to perform better after their relative left office, suggesting that favouritism was not the key driving force behind the performance gap.

To rule out differences in assignment, we focus on one particular type of naval battle – ‘duels’ between two warships. So-called single-ship actions were the result of chance encounters on the high seas; no act of favouritism in Whitehall divined that a captain and his ship should run into an enemy vessel of similar force. Contemporaries already considered single ship actions as the ultimate measure of naval performance. When several US frigates captured Royal Navy frigates during the war of 1812, this created a storm of outrage back in Britain because until then “the British Navy could look back with complacency over a record of victories frequently gained and easily won. Time and time again it had faced numerical odds and had emerged triumphant... There had been single-ship actions too numerous to count, and in the great majority of these actions British ships had been victorious, and often over ships of greater tonnage, with more guns and larger crews” (Forester 2012).

In the 172 single-ship actions in our data, the Royal Navy won on average in 67% of all cases. However, if an officer connected by a relative was in charge, this rose to 87%. The loss rate at 9% was the same, but the share of inconclusive actions differed sharply –  24% for unconnected officers, but 3% for connected ones. In other words, connected officers basically never broke off a naval battle or allowed the enemy to do so; they almost always fought to the bitter end. This suggests that one of the key factors that admirals could identify in their relatives was a particular type of character that made for a good fighting captain – a combination of tenacity, risk-taking, and stubbornness.

British victories became more and more likely the more powerful the British ship was relative to the enemy, measured by the relative number of guns (Figure 2). However, for connected officers, the likelihood was always higher than for unconnected officers – even if they were heavily outgunned. As the naval historian N.M. Rodger (1987: 275) observed: “...a system of patronage to identify and advance men of ability...might be at least as efficient as any examination or annual report in bringing skillful officers to the head of the profession”. When Winston Churchill famously said that the Royal Navy ran on “rum, sodomy, and the lash”, he should have added patronage to the list of winning factors.

Notes: Each dot represents one observation. Gunshare (of the British ship) is defined as

A gunshare of 0.5 would represent a ship-to-ship duel between evenly matched men-of-war.

Top officials at the admiralty didn’t all favour talent to the same extent. Over the more-than-150 years in our data, some admirals had a strongly meritocratic mind frame; others cared a great deal about favouring family. By looking at the pre-promotion performance of officers who actually got to command small vessels and how fighting success differed by connections with leading naval administrators, we can identify ‘management styles’. The more merit-based the crucial promotion to post-captains in a cohort under one management team was, the better a naval officers’ record thereafter would be. In contrast, admirals who disregarded a poor fighting record and favoured next of kin at promotion-time created a cohort of underperformers.

The Royal Navy’s use of patronage was therefore not a bullet-proof way to select the best and brightest officers. On average, it favoured outstanding commanders and promoted them quickly, but the patronage system’s success depended crucially on attitudes and values at the very top of the hierarchy. Interestingly, wartime had a particularly strong disciplining effect on top administrators. While Britain was at war, promotions to post-captain were, on average, more merit-based – and men promoted at this time went on to particularly distinguished careers. As Francis Fukuyama (2011) memorably argued – “at war, meritocracy is not a cultural norm but a condition for survival”.

Patronage, while often used as a byword for poor performance and corruption, actually ‘worked’ during the Royal Navy’s heyday. Do we learn something about patronage in general despite the specificity of the setting? And should we take seriously that findings are so different from what other settings suggest?

Measuring management performance is difficult – having measurable output is rare and being able to analyse a setting where thousands of officers had the same objective, and were given the same tools, is unique. Our findings do not imply that patronage is always a good thing, but that it can be used for good and bad. Having the right kind of top managers was therefore key, but so was a highly ‘competitive’ environment, with many European navies vying for sea power. Where top administrators have internalised meritocratic values and competition punishes underperformance, patronage may actually enhance overall performance by selecting better individuals.

Rodger, N (1987), The wooden world: An anatomy of the Georgian Navy, London: Collins.

Voth, H-J and G Xu (2019), “Patronage for Productivity: Selection and Performance in the Age of Sail”, CEPR Discussion Paper 13963.

My articlesMy books
Follow on:
Previous Italians in Argentina and the US during the Age of Mass Migration
Next Why are economists letting down the world on climate change?