Financial crises, regulation, and the structure of interbank networks 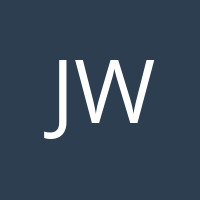 by
Jaremski, Wheelock
My articles My books
Follow on:
Summary:
Financial crises, regulation, and the structure of interbank networks: Evidence from 20th century America Contractual connections among financial firms are widely thought to have been an important source of contagion in the Global Crisis of 2007-8 and in many crises historically (e.g. Puhr et al. 2012, Cohen-Cole et al. 2016, Calomiris and Carlson 2017, Calomiris et al. 2019, Mitchener and Richardson 2019). Since the recent crisis, bank regulators have sought to strengthen the resilience of the banking system to the transmission of shocks via interbank connections, as mandated by the Dodd Frank Act of 2010. Theoretical studies suggest that greater connectedness among banks can make networks more resilient to minor shocks, but can be destabilising if adverse

The real cost of political polarisation

Contractual connections among financial firms are widely thought to have been an important source of contagion in the Global Crisis of 2007-8 and in many crises historically (e.g. Puhr et al. 2012, Cohen-Cole et al. 2016, Calomiris and Carlson 2017, Calomiris et al. 2019, Mitchener and Richardson 2019). Since the recent crisis, bank regulators have sought to strengthen the resilience of the banking system to the transmission of shocks via interbank connections, as mandated by the Dodd Frank Act of 2010. Theoretical studies suggest that greater connectedness among banks can make networks more resilient to minor shocks, but can be destabilising if adverse shocks are sufficiently large to eliminate the excess liquidity of the banking system (e.g. Allen and Gale 2007, Acemoglu et al. 2015). This is especially true for core-periphery systems that have a small number of well-connected banks at the centre of the network, including those of Germany (Craig and von Peter 2014), the UK (Gai et al. 2011), and the US.

Although studies suggest that network structure affects systemic risk, there has been relatively little empirical work on how the structures of interbank networks, or connections between banks and other types of financial institutions, evolve over time. Financial connections can be difficult to study in modern times because of the complexity and opacity of such relationships, which often involve international ties or relationships among different types of financial intermediaries. Thus, for insights into the structure of interbank systems and how they respond to crises or changes in regulation, our new study (Jaremski and Wheelock 2019) examines the evolution of the US interbank network in an historical setting when links between banks consisted primarily of observable correspondent deposit relationships. This setting – the first four decades of the 20th century - includes two key events: the founding of the Federal Reserve (Fed) in 1914, and the Great Depression. The founding of the Fed established a lender of last resort and new federal banking regulator, a new structure of reserve requirements, and a new payments provider, whereas the Great Depression eliminated some one-third of US banks and led to further substantive changes in bank regulation.

Using newly digitised data on the universe of contractual connections between banks at roughly decade intervals, we identify changes in the structure of the interbank network following the introduction of the Fed and again after the Great Depression. In particular, we investigate how these events affected network concentration and the distribution of network connections among banks and cities with different characteristics. By studying how the structure of the network evolved over the three decades before the Great Depression and how it changed during the Depression, we provide a long-run perspective that can help inform future studies of network contagion and the design of policies to limit contagion risk associated with interbank connections.

Our research confirms that the US interbank network at the end of the 19th century was pyramidal in structure, with a small number of banks serving as correspondents for a high percentage of the nation’s banks. Nearly every bank deposited funds in at least one other bank, yet very few banks held funds for other banks. By far, the banks with the most connections were large national banks located in New York City, and most US banks had at least one New York City correspondent.

The Fed was intended to reduce the banking system’s reliance on the interbank network, and especially the concentration of the system’s reserves in New York City. The data show that the network did become less concentrated after its establishment, as banks shifted their correspondent relationships away from New York City toward banks in other cities – especially cities with Federal Reserve offices within their local Fed district. Federal Reserve member banks located in Fed cities were especially favoured as correspondents because of their unique access to Federal Reserve liquidity and payments services, which they were able to pass through to other member and non-member banks. The relative decline in focus on New York City after the Fed’s establishment occurred despite other trends in the financial system that favoured New York City banks, including the tremendous growth of US securities markets and international trade after WWI. Thus, the Fed not only served as a direct alternative to private correspondent banks, but its founding changed the relative attractiveness of correspondents in different locations and seems to have overshadowed other forces that would likely have increased network concentration.

Reduced network concentration meant that the risk of contagion emanating from a crisis hitting a core city, as in the Panic of 1907, was somewhat lessened. However, the system remained vulnerable to local and regional panics, and ultimately depended on the individual Federal Reserve Banks to respond to those events to prevent them from spreading across the banking system. The Fed’s failure to prevent or stem the panics of the Great Depression, which mainly arose outside the central money markets, enabled full-blown banking crises to spread through the interbank system. Withdrawals of interbank deposits led correspondent banks to reduce lending (Mitchener and Richardson 2019), and banks whose correspondents closed were themselves at a higher risk of closing. In the wake of this distress, banks increased their connections to correspondents in cities with Federal Reserve Banks and branches, even though, on average, those cities did not have lower rates of bank closure than other large cities. Banks were also more likely to link to Fed member banks, which had lower failure rates during the Depression and could provide access to Federal Reserve liquidity. The patterns support the large and growing literature finding evidence that interbank contagion was an important feature of bank distress and that access to liquidity was valuable for avoiding collapse.

The historical experience suggests several policy lessons, importantly including that interbank contractual connections can pose significant liquidity risks to banks and the broader economy during a crisis. Further, the experience shows how interbank networks adapt to crises and changes in regulation, which policymakers should recognise as they design regulations intended to reduce contagion risks in the financial system.

Jaremski, M, and D C Wheelock (2019), “The founding of the Federal Reserve, the Great Depression and the evolution of the U.S. interbank network”, NBER working paper no. 26034.

State of the Eurozone (and the US)