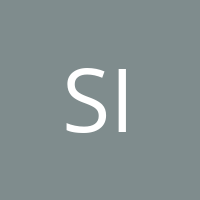 by
Sinn
My articles My books
Follow on:
Summary:
Agnar Sandmo has left us. He was a world-famous public finance economist in the Musgrave-Lindahl tradition, combining extraordinary theoretical skills with a profound sense of political relevance and the ability to communicate his knowledge in a way accessible to all. In a speech he gave at the Centre for Economic Studies (CES) in Munich, whose Council he chaired for many years, he defined economic excellence in exactly this way when he specified the criteria for the annual CES Prize (Sandmo 2008b): a ‘well-rounded’ economist is one who has ‘published important articles in highly ranked academic journals’, but who has also ‘written for a larger set of readers, partly in the form of more accessible writings for a non-specialist economic audience and partly for the general public

Agnar Sandmo has left us. He was a world-famous public finance economist in the Musgrave-Lindahl tradition, combining extraordinary theoretical skills with a profound sense of political relevance and the ability to communicate his knowledge in a way accessible to all.

In a speech he gave at the Centre for Economic Studies (CES) in Munich, whose Council he chaired for many years, he defined economic excellence in exactly this way when he specified the criteria for the annual CES Prize (Sandmo 2008b): a ‘well-rounded’ economist is one who has ‘published important articles in highly ranked academic journals’, but who has also ‘written for a larger set of readers, partly in the form of more accessible writings for a non-specialist economic audience and partly for the general public in the form, for example, of newspaper articles’.

In short, the ideal economist should be an ‘applied theorist’ who is always ‘concerned with the application of theory to specific issues of economic policy’. Agnar Sandmo himself satisfied these criteria to the highest possible extent.

In line with his own definition of an applied economist, he also wrote articles in numerous policy-oriented European journals and conference proceedings. And in the tradition of Nobel laureates like Milton Friedman, Paul Samuelson or Robert Solow, he contributed thought-provoking newspaper articles to the public discourse. He published two English monographs with renowned international publishing houses (Sandmo 2000, 2011a).

Over the course of his academic career, Agnar covered many different fields of economics. He impressed early on with his paradoxical theory of how a competitive firm would react to price uncertainty (Sandmo 1971a, 1972a), and he provided new results on investment demand and supply reactions under uncertainty (Sandmo (1971b, 1974a).

Later, he applied the theory of uncertainty to models of labour supply and individual savings decisions, often concentrating on tax problems (Sandmo 1969, 1970). Taxation was indeed a dominant theme of his career.

His paper with Tony Atkinson on taxation and savings was a widely recognised early highlight (Atkinson and Sandmo 1980). His intriguing proof that a non-constant cash flow tax would bring about severe intertemporal distortions in the economy has inspired many generalisations by others ranging from value added taxes to taxes on natural resources (Sandmo 1979).

Agnar Sandmo became an expert in optimal tax theory. He managed to clarify this difficult topic in public finance for the discipline and to extend it with his clear mind and high mathematical skills in quite a number of papers (Sandmo 1975, 1974c, 1976b, 1987a).

His papers on tax evasion and shadow economies with Michael Allingham were seminal contributions to the field (Allingham and Sandmo 1972b; see also Sandmo 1981, 2005).

His paper on ex post welfare economics and merit goods not only justified Musgrave’s controversial concept but, unwittingly, gave the paternalism of modern behavioural economics a theoretical justification (Sandmo 1983a, 1998c, 1999). In fact, in conversations, he placed much emphasis on benevolent paternalism that he justified with the limited information of decision-makers and their retroactive agreement.

Agnar was much interested in income redistribution and social policies and wrote a number of papers on this topic (Sandmo 1983b,1991a, 1991b,1995b, 1998c, 1999). He expressed his concern that the welfare state would come under pressure from the forces of globalisation (Sandmo 2003a,b).

Economists of the Chicago School tend to argue that public finance is a superfluous topic since it assumes a benevolent state that corrects market failure, both of which do not exist. This was certainly not Agnar’s view. As he emphasised in a lecture at CES, it would be naive to believe that markets could solve all sorts of economic problems, and he stressed that planning has to complement markets in solving the complex problems of modern societies.

Agnar Sandmo liked to dig into other economists’ work. He wrote a number of papers on the history of economic thought, covering scholars like Henrik Borch, James Buchanan, Gary Becker, Ragnar Frisch, Trygve Haavelmo, Leif Johansen, Jan Mossin and Johann Heinrich von Thünen (Sandmo 1983c,d, 1987b,c, 1990, 1993a, 1993b, 2007a, 2018a,b). Additional scholars are dealt with in his book Economics Evolving. A History of Economic Thought, published by Princeton University Press (Sandmo 2011a).

Understandably, Agnar was particularly interested in the contributions of Scandinavian economists, arguing that the regional focus would give researchers the ‘opportunity for studying the connections between social and political institutions on the one hand and the development of economics on the other’ as a ‘background for a more global view of intellectual developments’ (Sandmo 1988: 491; cf. also Sandmo 1991).

In his thinking, the world cannot properly be described by pure economic theories about phenomena that are true regardless of time and space. To be meaningful, theories should be firmly embedded in local and specific institutional environments.

Good economics needs good theory, a good numerical database and, in particular, a good knowledge of the actual institutional rules of the game characterising particular economies. This explains why he wrote very many scholarly articles in his own language plus a large number of newspaper articles, trying to address local problems and inform local policymakers as well as the general public.

For Agnar, the natural institutional environment was that of the Nordic countries. He used his leisure time at his cabin in Telemark to develop his interesting papers on redistributional and environmental issues and many other topics. Telemark is a remote highland in the South of Norway, which is marked by its beautiful and untouched nature, its distinct cultural traditions and its egalitarian farmer society dating back to the Viking Age.

He explained this once by saying that working in a small economy like Norway would have otherwise led to isolation. ‘An economist who was active in research had few colleagues in his own country with whom to communicate and discuss, and he would be very lucky to have close colleagues in his own university. This kind of situation can lead to isolation and provincialism – but it can also lead people to adopt a more international orientation than would otherwise have been the case’ (Sandmo 1988: 492).

This insight explains why he preferred to spend his sabbaticals at foreign universities like Yale (1964-1965), Queen’s (June 1981) or Indiana (April-May 1993) and at CORE in Belgium (1969-1970). It also explains why he supported the CESifo Research Network, why he came so often to Munich and why he co-founded the Norwegian-German Seminar of Economics, a biennial conference of public finance.

With these foreign contacts and even more so at home at Norges Handelshøyskole in Bergen, he gave ample support to young scholars and colleagues who took the opportunity of confronting him with their own research problems. He was always open for discussion, gave useful hints on how to proceed and was encouraging to students who did not yet see the path through the jungle of formal difficulties they encountered in their research. His sense of responsibility and care may stem from serving as corporal and sergeant in the Norwegian army.

Although Agnar knew how to express himself in mathematical terms with the highest degree of sophistication, he also understood how to talk to non-specialist economists, policymakers and the general public. His straightforward logic, pronounced, but calm way of speaking and his dry sense of humour won him widespread respect. Small wonder that he regularly received awards for his excellent teaching and was invited to consult the Ministry of Finance and other branches of government.

In addition, he received honorary doctoral degrees from the Universities of Oslo (1997) and Uppsala (2008) and was knighted by the King of Norway (1997).

While Agnar Sandmo’s professional achievements are outstanding, his warm personality and his open-mindedness made him many friends in academia and beyond. He was an enthusiastic supporter of the Bergen football team, and he was an award-winning master of crossword puzzles. He loved classical music and enjoyed spending leisure time hiking through Telemark and visiting his wife’s family’s summer house at Balestrand. Above all, he was a wonderful father, husband, friend and colleague. He will be missed not only by Tone and their children.

In the speech quoted at the outset, Agnar Sandmo defined what he perceived as a distinguished fellow. He is ‘noble or dignified in appearance and behaviour’. Moreover, he is ‘eminent, famous and celebrated’. There are few people to whom this qualification would fit better than to him. This fine gentleman defined his ideals and lived by them.

Now, Agnar Sandmo no longer listens to the waves of the ocean and no longer enjoys the fresh scent of nature. But we will keep listening to him and read his books and papers, which will be of enduring value for economics. Soon we will even be able to read his memoirs on a ‘life as an economist’, which he was able to finalise in the last days of his life.

Christiansen, V, KP Hagen and A Sandmo, (1994), “The Scope for Taxation and Public Expenditure in an Open Economy”, Scandinavian Journal of Economics 96: 289-309.

Dixit, A and A Sandmo (1977), “Some Simplified Formulae for Optimal Income Taxation”, Scandinavian Journal of Economics 79: 417-23.

Sandmo, A (1972b), “Optimality Rules for the Provision of Collective Factors of Production”, Journal of Public Economics 1: 149-57.

Sandmo, A (1983b), “Progressive Taxation, Redistribution and Labour Supply”, Scandinavian Journal of Economics 85: 311-23.

Sandmo, A (1991b), “Social Insurance and Social Security: A Comment on Professor Atkinson’s Lecture”, Geneva Papers on Risk an Insurance Theory 16: 133-35.

Sandmo, A (1998a), “Comment on P. J. Hammond and A. Villar, ‘Efficiency with Non-Convexities: Extending the Scandinavian Consensus Approach’”, Scandinavian Journal of Economics 100: 37-40.

Sandmo, A (1999), “The Public Economics of Redistribution and the Welfare State”, Review of Population and Social Policy 8: 139-54.

Sandmo, A (2000), The Public Economics of the Environment, Oxford University Press.

Sandmo, A (2010a), “Commentary by Agnar Sandmo [on ‘Environmental Taxes’]”, Dimensions of Tax Design: The Mirrlees Review, Oxford University Press: 536-47.

Sandmo, A (2011a), Economics Evolving: A History of Economic Thought, Princeton University Press.

Sandmo, A (2015a), “The Public Economics of Climate Change”, NHH Department of Economics Discussion Paper 27.

Telphlluch, S (1971), “A Remark on the Transactions Demand for Money”, European Economic Review 3: 83-90 (a paper written by Agnar Sandmo and Jacques H Drèze under the pseudonym of Dr Saschba Telphlluch).

My articlesMy books
Follow on:
Previous Laws and perceptions of social norms: Lessons from the lockdown
Next A (very) short history of the idea of ending poverty

The economic base of culture wars