Home / VoxEU / The proximate determinants of economic development since 1913

The proximate determinants of economic development since 1913 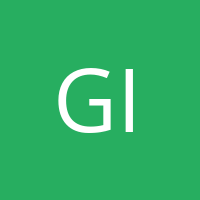 by
Gallardo Albarrán, Inklaar
My articles My books
Follow on:
Summary:
The proximate determinants of economic development since 1913: A historical study Modern economic growth has put the world on a path of increasing living standards over the past two centuries. While this process has improved the lives of millions in an unprecedented way, its unequal onset across space and time has resulted in high levels of cross-country inequality during the 19th and 20th centuries (Johnson and Papageorgiou 2019, Milanovic 2016). To understand the drivers of this process, the literature has employed accounting techniques that divide the proximate sources of relative income levels into factor accumulation (i.e. physical and human capital), and a residual (total factor productivity) that conveys information on the efficiency with which inputs are

The proximate determinants of economic development since 1913: A historical study

Modern economic growth has put the world on a path of increasing living standards over the past two centuries. While this process has improved the lives of millions in an unprecedented way, its unequal onset across space and time has resulted in high levels of cross-country inequality during the 19th and 20th centuries (Johnson and Papageorgiou 2019, Milanovic 2016). To understand the drivers of this process, the literature has employed accounting techniques that divide the proximate sources of relative income levels into factor accumulation (i.e. physical and human capital), and a residual (total factor productivity) that conveys information on the efficiency with which inputs are combined. The main finding from research conducted so far is that differences in productivity are the dominant factor accounting for cross-country income variation (Caselli 2005, Easterly and Levine 2001, Hsieh and Klenow 2010, Jones 2016).

Development accounting research primarily focuses on contemporaneous income differences (mostly) due to data availability. However, a focus on recent periods misses a substantial part of the long-term trajectory of income divergence and its proximate determinants since the 19th century (Pritchett 1997). Therefore, for a better understanding of how the current income differences emerged, it is important to study what can account for income gaps at earlier points in time. In a recent paper (Gallardo-Albarrán and Inklaar 2020), we provide this long-run perspective by constructing and analysing a dataset of output and factor inputs covering the 20th and 21st centuries for a group of 33 countries spanning the global income distribution. This allows us to review various existing explanations about the proximate determinants of economic development and their evolution over the long term.

New insights on development accounting since 1913

We also study when the relative importance in accounting for variation in GDP per worker of the ‘factors of production occurred’. Figure 2 presents the coefficients we estimated earlier for each factor, for a range of years with sufficient data coverage since 1913. Our results show that the decreasing relative importance of produced capital began in the first half of the 20th century, and that a second sharp fall started in the late 1970s and lasted until the early 2000s. In more recent years, the contribution of produced capital to income variation is comparable to that of the 1980s. The coefficient for human capital also experienced a decline after 1950, although it was much smoother than that of produced capital.

These trends result in the rising relative importance of productivity between 1929 and the mid-20th century, as well as between the mid-1970s and early-2000s. For recent years, the productivity coefficient remained at a high level, between 0.7 and 0.8, a finding that has been echoed by a substantial body of research (e.g. Hsieh and Klenow 2010). Figure 2 indicates that this finding is rather abnormal from a long-term perspective, since such coefficients for productivity are unprecedented at least since the early 20th century.

Note: The figure shows the slope coefficients on produced capital, human capital and productivity for each year with complete data for all 33 countries plus 1913 (32 countries). Each marker indicates the results from a separate development accounting decomposition.

Estimates of total factor productivity (TFP) from level accounting exercises can be interpreted as an (imperfect) measure of technological differences across countries (Caselli 2005). As a result, the long-term developments shown in Figure 2 may be explained by cross-country differences in technological diffusion. The increasing relative importance of TFP after the interwar period follows the wave of productivity growth in the US during the 1930s and 1940s (Gordon 2016). This then diffused to Europe and Japan after 1950. Some of these technologies have reached most of the world, but their intensity in use is much lower in low-income countries than in economies close to the ‘technological frontier’ (Comin and Mestieri 2018). A related discussion in the literature is on the growth of the East Asian Tiger Economies in the 1970s, where Young (1995) argued that TFP growth in these countries had been modest even while overall economic growth was very rapid. Extended to this broader group of countries and years, our findings imply that the potential for investment-led growth to close income gaps is close to being exhausted.

A different explanation for the rising relative importance of TFP can be efficiency differences with which technologies are used. These emerge when inputs are not put to their most productive use due to, for instance, distortions in labour or financial markets that prevent firms or industries from operating at the ‘production possibility frontier’. Some studies suggest that resource misallocation may be important in explaining current cross-country income variation (Hsieh and Klenow 2009). Similarly, Timmer et al. (2016) find that efficiency differences at the beginning of the 20th century (rather than applied techniques) explain labour productivity gaps between Germany and the USA in innovative industries. However, it is unclear if its relative importance has evolved since 1913. This suggests that much is not yet understood in terms of the role of resource misallocation.

The future of global economic inequality depends partly on whether low- and high-income countries converge. Our analyses show that capital accumulation once had the potential to reduce income gaps, but not anymore. Technological diffusion and the efficiency with which new production techniques are applied have gradually emerged as key drivers of between-country inequality, but little is known about their changing relative importance during the 20th century, and how this will play out in subsequent decades. Further historical research in this area could well be quite fruitful to understand why some countries have come to produce so much more output per worker than others, and how to address these differences in the future.

Gallardo-Albarrán, D and R Inklaar (2020), "The role of capital and productivity in accounting for income differences since 1913", Journal of Economic Surveys. .

Gordon, R J (2016), The Rise and Fall of American Growth: The U.S. Standard of Living since the Civil War, Princeton: Princeton University Press.

Milanovic, B (2016), Global Inequality. A new Approach for the Age of Globalization, London and Cambridge (MA): Harvard University Press.

Timmer, M P, J Veenstra and P J Woltjer (2016), "The Yankees of Europe? A New View on Technology and Productivity in German Manufacturing in the Early Twentieth Century", The Journal of Economic History 76(3): 874-908.

Young, A (1995), "The Tyranny of Numbers: Confronting the Statistical Realities of the East Asian Growth Experience", The Quarterly Journal of Economics 110(3): 641-680.

My articlesMy books
Follow on:
Previous Robots and the rise of European superstar manufacturers
Next Burden of proof: Measuring and understanding crime

Corporates Move to UK Post Brexit and Confirm they are Staying