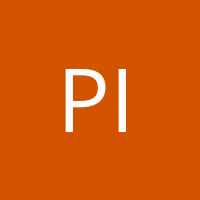 by
Pinotti
My articles My books
Follow on:
Summary:
More than one in ten Europeans believes that crime is the most important problem that the EU faces – a number that is higher than the one for e.g. unemployment, climate change, or taxation (Eurobarometer 2019). Such concerns about crime have been exacerbated in the wake of the COVID-19 pandemic. The plunge in economic activity – and the prolonged period of high unemployment that will follow in many countries – may be pushing more individuals into illegal activities. In addition, the COVID-19 crisis may expand the range and profitability of illegal activities – such as cybercrime and financial crime. Finally, private companies’ financial distress and massive public funds allocated to economic recovery may facilitate criminal infiltrations into the legal economy. These examples

More than one in ten Europeans believes that crime is the most important problem that the EU faces – a number that is higher than the one for e.g. unemployment, climate change, or taxation (Eurobarometer 2019). Such concerns about crime have been exacerbated in the wake of the COVID-19 pandemic. The plunge in economic activity – and the prolonged period of high unemployment that will follow in many countries – may be pushing more individuals into illegal activities. In addition, the COVID-19 crisis may expand the range and profitability of illegal activities – such as cybercrime and financial crime. Finally, private companies’ financial distress and massive public funds allocated to economic recovery may facilitate criminal infiltrations into the legal economy. These examples illustrate that most types of crime respond to economic incentives and constraints, as first formalized by Gary Becker (1968) and anticipated even earlier by Enlightenment philosophers such as Beccaria (1764) and Bentham (1864).

The special issue on ‘Economics of Crime’ recently published by the Italian Economic Journal collects seven contributions in this area of economic research. The first article of this issue is Pinotti (2020) where I discuss two main challenges in the empirical analysis of crime. First, the very nature of crime considerably complicates its measurement compared to other socio-economic variables, because offenders have clear incentives to hide their action from enforcement authorities. For this reason, data on crime may be hard to interpret. For instance, an increase in reported crime rates may reflect a higher number of committed crimes or, alternatively, greater prosecution rates by the police.

The second challenge is that the gold standard method for identifying causal effects – called randomized control trials (RCTs) -- (see Deaton and Cartwright 2016 for an alternative view) is typically not available when studying crime. RCTs compare average outcomes of groups that were randomly exposed to a given ‘treatment’ to another group which was not. This approach is often unfeasible – on ethical and/or political grounds – when crime is either the treatment or the outcome of interest.

These issues are most relevant when studying ‘big’ crimes – such as drug trafficking, corruption, and money laundering – pursued by large criminal organizations. The intimidation power of such organizations may deter reporting and prosecution, thus complicating the measurement of organized crime and other related crimes. In addition, it is certainly not advisable to randomly allocate criminal organizations across cities or regions in order to estimate their effects.

Recent research on crime addresses these challenges through a combination of better data and clever research designs. As for measurement, one may restrict the analysis to crimes for which under-reporting is less severe, such as homicides or car thefts (see e.g. Soares 2004 and Buonanno et al. 2009). Alternatively, restricted-use data available from the police or other investigative authorities may allow researchers to identify suspect offenders, thus limiting the incidence of false negatives (see e.g. Decarolis et al. 2019). Turning to the identification of causal effects, natural experiments entailing as-good-as-random variation in exposure to different policies or other determinants of crime may provide a second-best solution in many cases in which RCTs are not an option. For instance, Di Tella and Schargrodsky (2004) and Draca et al. (2011) exploit terrorist attacks as an exogenous shock to police presence in Buenos Aires and London, respectively, to identify its deterring effect on other types of crime. As these examples make clear, such natural experiments may allow one to identify parameters – in this specific case, the crime-police elasticity – which are most interesting from a policy perspective.

The six remaining articles in the special issue on ‘Economics of Crime’ provide additional, clever examples of this credibility revolution in empirical crime analysis – borrowing a famous definition by Angrist and Pischke (2010). All these studies address the causes and consequences of criminal activity in Italy, a country traditionally characterized by a pervasive presence of criminal organizations. Indeed, three out of six articles focus specifically on organized crime. In particular, Cingano and Tonello (2020) evaluate the effects of local government dismissals for organized crime infiltration (“scioglimento dei consigli comunali”) on local crime rates; Calamunci and Drago (2020) investigate the effect of judicial seizures of mafia-connected firms on the performance of other firms; and Checchi and Polo (2020) document how criminal organizations gain access to public subsidies for investment in renewable energy. Two more papers, De Angelis et al. (2020) and Gara and Pauselli (2020) study other crimes that are strongly related to the presence of criminal organizations, corruption and money laundering, respectively. Finally, Mastrobuoni and Rialland (2020) exploit the timing of recidivism across prison inmates pardoned with the Italian Collective Clemency Bill of 2006 (the so-called “Indulto”) to study the structure of criminal networks.

Taken together, these papers provide an overview of topics that are currently at the frontier of empirical crime research – namely organized crime, corruption, and financial crime. It is hard to understate the relevance of these issues from a social, economic, and policy perspective. However, measurement and identification challenges held back research in this area of applied economics for a long time. One lesson that can be drawn from these recent studies that made a dent in the scientific debate is thus that the empirical study of crime should meet the same standards of proof that are currently imposed in other areas of the economics discipline. These standards should be applied despite issues due to the complexity of organized crime and corruption, the difficulties involved in their measurement, and the impossibility of conducting randomized controlled trials in this area of research.

This lesson is especially relevant for young scholars just approaching the study of crime, who are often motivated by a strong ethical passion alongside scientific curiosity. While such passion is a powerful motivation for pursuing research on these topics, it should always be combined with rigorous research designs and methodological tools, because the latter will ultimately make the difference between a solid scientific paper and more descriptive and/or anecdotal pieces of evidence.

I would like to conclude with a personal memory of Alberto Alesina, who I had the privilege to work with during the last few years. In 2015, Salvatore Piccolo and myself stepped into Alberto's office to ask for his advice on some ideas on the interdependencies between organized crime and politics. It took less than five minutes for Alberto to become fully involved in the project, so much that the three of us started to work together on it. This enthusiasm reflected an immediate recognition of the topic's relevance more than the merits of our specific project, which at that time was still very preliminary. The unsurpassed sense of Alberto for big questions and themes -- ranging from the causes and consequences of political institutions, cultural norms, ethnic fragmentation, discrimination, and immigration -- is possibly the best demonstration that criminal behaviour, organized crime, and corruption are phenomena of utmost importance from an economic and political perspective, and that they deserve further attention by economists and social scientists more generally.

Angrist, J D and JJ-S Pischke (2010), “The credibility revolution in empirical economics: How better research design is taking the con out of econometrics", Journal of Economic Perspectives 24(2): 3-30.

Checchi, V V and M Polo (2020), “Blowing in the wind: The infiltration of Sicilian Mafia in the wind power business", Italian Economic Journal 6(2).

Deaton, A and N Cartwright (2016), "The limitations of randomised controlled trials", VoxEU.org, 9 November.

Eurobarometer (2019), Life in the European Union.

My articlesMy books
Follow on:
Previous The proximate determinants of economic development since 1913
Next Patience, risk-taking, and international differences in student achievement