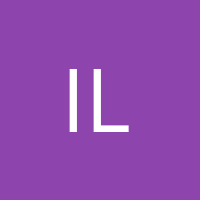 by
Ilzetzki
My articles My books
Follow on:
Summary:
Public debt has risen to unprecedented peacetime levels, due to policies put into place to address the economic fallout from COVID-19. Nevertheless, as this column reveals, the Centre for Macroeconomics panel was nearly unanimous that the Treasury should not take any action to decrease the deficit in the upcoming budget. The panel is split on when it would be wise to publicly announce long-run plans to address the deficit and the debt. The majority of the panel supports a mix of financing options when action is taken, with tax increases receiving strong support and not a single panellist supporting public spending cuts. The UK government has supported the economy with a variety of measures in response to the COVID-19 crisis. This has led to an unprecedented


Nakamura, Ohashi writes Stagnation of markups and (non-)existence of superstar firms in Japan

Exposure to Fox News hindered social distancing in the US

Public debt has risen to unprecedented peacetime levels, due to policies put into place to address the economic fallout from COVID-19. Nevertheless, as this column reveals, the Centre for Macroeconomics panel was nearly unanimous that the Treasury should not take any action to decrease the deficit in the upcoming budget. The panel is split on when it would be wise to publicly announce long-run plans to address the deficit and the debt. The majority of the panel supports a mix of financing options when action is taken, with tax increases receiving strong support and not a single panellist supporting public spending cuts.

The UK government has supported the economy with a variety of measures in response to the COVID-19 crisis. This has led to an unprecedented increase in public deficits in peacetime. The Office for Budget Responsibility forecasts a budget deficit of £300 billion this year, more than 15% of UK GDP. Public debt is expected to exceed 100% of GDP by the end of the year. Despite this increased borrowing, the UK government is borrowing at negative rates for horizons of up to three years and can currently borrow at 50-year maturities for less than half a percent annually.

Internal Treasury documents indicate that the Exchequer has begun planning measures to reduce the deficit in upcoming years. Goodhart and Pradhan (2020) predict rising inflation if public and private debts aren’t addressed. Others have suggested that it is premature to take action or even commence planning for deficit reduction. Nick Macpherson, a former top Treasury official, said: “You don’t want to have a Budget while the crisis is in full throttle.” Paul Johnson of the Institute of Fiscal Studies suggests waiting until the end of 2021, “once we have a better idea how well the economy has recovered.” The Economist has also opined that “rich-world governments will make a big mistake if they succumb to premature and excessive worries about budgets.”

Question 1 How urgently should the UK government address the rise in public debt?

Thirty panellists responded to this question. The panel was nearly unanimous (one dissent) that no measures should be taken in the upcoming budget. The vast majority of the panel (63%) stated that there was no need to take any action or announce budgetary changes to address public debt until the pandemic subsided. The remaining panellists were split on whether the government should present concrete plans sooner rather than later (20%) or that focus on the public debt was counterproductive (13%).

Uncertainty on the scale and duration of the pandemic and its economic consequences was the main argument for postponing the discussion on public debt. David Cobham (Heriot-Watt University) thinks it “[b]est to wait until some of the dust at least has settled, otherwise we can't see what we're doing.” Thorsten Beck (Cass Business School) elaborated that at this stage, “it is not even clear how long the pandemic will last and how many waves there will be and what the ultimate economic cost will be.” Panellists furthermore didn’t see room for concern that requires immediate action. Wouter Den Haan (London School of Economics) notes that “we know countries like the UK can deal with high debt levels and right now there are obviously more important concerns.” Some participants, like John Van Reenen (London School of Economics) views austerity during the global financial crisis as a mistake, from which we should now learn.1

Those supporting long-term plans raised concerns that ignoring the deficit entirely would create uncertainty that might hamper the recovery. Ricardo Reis (London School of Economics) notes that “having a clear long-term plan for fiscal policy would anchor expectations. It would remove one of the usually bigger sources of uncertainty for investment.” Kate Barker (British Coal Staff Superannuation Scheme) suggests that instead of a plan, “HMT should introduce a few measures but launch a consultation on the pace of deficit reduction and tax and spend measures.” She also notes that this would be an opportunity to address some longer-term challenges: “The National Infrastructure Statement is needed to help with recovery and the way forward on climate change. And it would be very appropriate for a proper policy on social care finally to get the priority it deserves.” While only 20% of panellists supported long-term plans to address the deficit, a few supporters of the majority view implied in their comments that long-term fiscal plans would be wise.

The minority opposing plans to address the public debt in the foreseeable future instead expressed concern that excessive focus on the public debt would come at the expense of aiding the recovery. Simon Wren-Lewis (University of Oxford), for example, opposes any budgetary deficit reduction unless interest rates begin to rise.  Wendy Carlin (University College London) also asked that the discussion be shifted from public debt concerns to “minimizing the damage to education, R&D, investment, start-ups etc. and on supporting incomes until economic activity can resume.”

A debate has emerged on financing methods for the massive increases in government debt worldwide. The most direct way to reduce deficits is by cutting public spending or increasing tax revenues. The Treasury’s internal estimates suggest that freezing public sector pay for two years would lead to savings of £6.5 billion by 2023-24. The Social Market Foundation points to the generous indexing of public pensions (the triple lock) as an attractive target for spending reductions. Although the Conservative Party manifesto promised no increases in income, VAT, or National Insurance taxes, the Treasury is contemplating tax hikes. The Chancellor has indicated that the crisis might be an opportunity to increase self-employment National Insurance tax rates to better align with those of wage earners. The Labour manifesto called for wealth taxation even prior to the pandemic, although support for such measures from Labour’s new leadership is yet to be seen. The Financial Times provides a useful summary and a podcast on the panoply of budgetary measures that could be used to reduce the public debt.

Debt reduction efforts following WWII point to other debt reduction strategies. Public debts of high-income countries eroded through a combination of higher inflation and artificially low interest rates supported by regulatory measures such as capital controls (financial repression). A number of commentators have advocated a return to these practices.  Adam Tooze points to these historical experiences and proposes direct monetary financing of deficits: “Under ordinary circumstances one might worry about that causing inflation. But given the recession we face that is a risk worth running. Indeed modest inflation would help us by taking a bite out of the real value of the debt.”  Willem Buiter has suggested that increasing inflation targets to 5% would do the trick, but notes little appetite for such policies in high-income countries.

Following the Napoleonic Wars, the UK took a different approach of issuing consols (or perpetual bonds). The US took a similar approach following the Civil War and the UK issued some consols following WWI. These are bonds that never mature, but whose coupons are serviced indefinitely. George Soros has advocated issuing consols to address COVID-19-related public debt and the Spanish government has proposed these debt instruments as a way to finance recovery efforts in the euro area (see also Giavazzi and Tabellini 2020 and Verhofstadt and Garicano’s April 15 editorial; Corsetti et al. 2020 argue against these instruments). Current yields on UK bonds are at unprecedented lows.

Economic growth could reduce the deficit and debt as a share of GDP, but it is unclear which policies would guarantee higher economic growth in current circumstances.

In this regard, the CfM panel was asked:

Question 2 What is the best way to (eventually) reduce public deficits and debt?

Thirty panellists responded to this question. Many respondents supported a policy mix that involves more than one of the proposed policies. Several respondents expressed hopes that economic growth would do its share in reducing the effective size of the public debt. In ranking individual policies, respondents were nearly equally split between those supporting tax increases and those supporting the issuance of perpetual bonds, with 30% support for each, although supporters of tax increases expressed greater confidence. A smaller share (13%) supported higher inflation. Not a single panellist expressed support for public spending increases (or financial repression).

Supporters of tax increases noted that the UK public sector, whose importance the COVID-19 crisis has further underlined, has been stretched for some time. Tony Yates (University of Birmingham) argues that “a larger and more resilient state is likely to be needed to put us in a better position to fight future pandemics, and also to redress some for the regressive aspects of them.” Jagjit Chadha (National Institute of Economic and Social Research) notes that “we have a sustained increase in the demand for the provision of public goods.” Kate Barker (British Coal Staff Superannuation Scheme) suggests that higher taxation might be necessary to support the economic recovery. She writes: “There is a high risk that the better-off will continue to save more - taxing in order to support demand may be important - and in the longer run part of the deficit reduction.” Andrew Mountford (Royal Holloway) suggested specific tax measures, including “property tax as the most efficient way to do so and to use the revenues not only for debt reduction but also for substantial public investments.”

Supporters of perpetuities pointed out that the UK government can borrow at unprecedentedly low rates and that this financial instrument allows the government to increase taxes at a time of its choice. As Michael Wickens (Cardiff Business School and University of York) puts it: “Consols give the government the option to decide on the timing of tax increases,” should these be necessary if “interest payments [prove] too costly.” Thorsten Beck (Cass Business School) points to the distributional implication of perpetual debt: “Consols are an important and maybe primary tool [going] forward, as they spread the costs across generations. Perpetuities, provided they were at a low rate of interest, would prevent the need for fiscal tightening. This would benefit the economy most as it struggles to recover.”

Other respondents expressed scepticism about the viability of inflation and perpetual bonds as financing options. Martin Ellison (University of Oxford) and Ricardo Reis (London School of Economics) each point to their research showing that inflation can do little to raise revenues or erode the public debt (Ellison and Scott 2020, Reis 2017). Ellison further warns that consols will be costlier than current estimates cited above “if they are issued with the express aim of inflating them away in the future,” because in this case “investors will demand hefty inflation risk premia.”

Corsetti, C, A Erce and A Garcia Pascual (2020), “Perpetual bonds are not the best way to finance the European Recovery Fund”, VoxEU.org, 14 May.

1 Van Reenen and co-authors elaborate on this in Bagaria et al (2012).