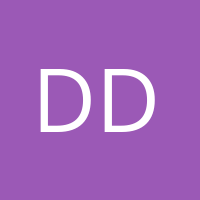 by
Demmou, Franco, Calligaris, Dlugosch
My articles My books
Follow on:
Summary:
Corporate sector vulnerabilities during the COVID-19 outbreak: Assessment and policy responses The health crisis caused by the COVID-19 outbreak has led public authorities to take unprecedented measures to contain the propagation of the virus. Administrative business shutdowns, quarantines and restrictions on mobility and social contact have brought large parts of our economies to a near standstill. Sales across many sectors are plummeting. Nevertheless, financial commitments with respect to suppliers, employees, lenders and investors remain, depleting liquidity buffers of firms. The liquidity crisis may turn into a global corporate solvency crisis. With much less or no incoming revenues for an extended period of time and fewer options to deal with this

The World Health Organization: A GRID for reform

The short-run implications of school closures

The health crisis caused by the COVID-19 outbreak has led public authorities to take unprecedented measures to contain the propagation of the virus. Administrative business shutdowns, quarantines and restrictions on mobility and social contact have brought large parts of our economies to a near standstill. Sales across many sectors are plummeting. Nevertheless, financial commitments with respect to suppliers, employees, lenders and investors remain, depleting liquidity buffers of firms.

The liquidity crisis may turn into a global corporate solvency crisis. With much less or no incoming revenues for an extended period of time and fewer options to deal with this shortfall, the long-term viability of firms is impaired, and voluntary firm closures and bankruptcies may follow. In turn, a corporate solvency crisis could have serious long-term negative effects on our economies by dragging down employment, productivity, growth and well-being (Boot et al. 2020).

Awareness of these risks has lead governments to adopt a range of emergency measures aimed at supporting firms’ liquidity. Aside from monetary measures taken by central banks, fiscal interventions include direct and indirect financing of the wage bill, tax deferrals, debt moratoria and extension of state loan guarantees.

In a recent note for the OECD Covid Hub (OECDa 2020), we evaluate the risk of a widespread liquidity crisis using a cross-sector sample of almost one million European firms, and discuss the pros and cons of different kinds of public support measures.1 Based on illustrative assumptions, we compare the share of firms that would turn illiquid under a no-policy change scenario and under policy intervention. Our results emphasize the key role of policies to avoid massive unnecessary bankruptcies.

Building on Schivardi and Romano (2020), and relying on assumptions about the evolution of sales and operating costs, we perform an accounting exercise that allows determining the share of firms that become illiquid month by month following the introduction of confinement measures. The economic shock caused by social distancing measures is modelled as a change in firms’ operating cash flow, resulting from the decline in sales and from firms’ limited ability to fully adjust their operating expenses. Next, the liquidity available to each firm is calculated as the sum of the liquidity buffer held at the beginning of each month and the shock-adjusted cash-flow.

Measures like social distancing and mobility restrictions have heterogeneous effects on different sectors. Therefore, we assume the decline in activity to be different across sectors, but identical across countries.2 Moreover, we consider three alternative scenarios with respect to the duration of the confinement.

Figure 1 reports the main results of our exercise: in the absence of government intervention, 20% of firms in our sample would run out of liquidity after one month, 30% after two months, and around 35-38% (depending on the scenario considered) after three months. If the confinement lasted seven months, more than 50% of firms would face a liquidity shortfall in the prolonged confinement scenario. By contrast, assuming that the economic activity progressively resumes after three months of confinement, as in the unimodal and bimodal scenarios, the share of firms facing liquidity shortfall would instead amount to 40% after seven months, but would increase to 45% after 10 months in the case of a second confinement wave (bimodal scenario). These estimates are likely to be a lower bound given the sample bias towards healthier firms in Orbis3 and the conservative assumptions made regarding the capacity of firms to adjust their operating costs to a revenue shock.

Further analysis also shows that firms facing a high risk of liquidity shortages are mostly profitable and viable companies. However, a sizeable share of these firms do not have enough collateral to bridge a shortfall in liquidity with additional debt, and/or are too highly leveraged to bridge the crisis through further bank loans.

Despite the fact that the exercise is based on several assumptions and must be interpreted with caution, it underlines the merit of swift and decisive public intervention to safeguard companies and avoid potential bankruptcies of otherwise healthy companies. This intervention is crucial to avoid that the temporary shock implied by the COVID-19 crisis permanently scars the corporate landscape, with serious consequences for the shape of the recovery and long-run growth prospects.

Many countries have already introduced a wide range of measures to help firms deal with the disruptions associated with COVID-19. We us our accounting model to also illustrate the expected impact of stylised policy interventions in three areas:

In Figure 2, we illustrate the extent to which each measure curbs the risk of a liquidity crisis compared to the no-policy intervention situation, under the prolonged confinement scenario.4 Tax deferral has the lowest impact on firms’ liquidity positions, followed by debt moratorium policies. Subsidies to the wage bill seem to be the most powerful measure (yet potentially costly), in line with the fact that wages and salaries are often a relevant component of operating expenses. Adding up the three different measures, public intervention after two months, for instance, would halve the number of firms running out of liquidity (from 30% to 16%).

Figure 2 The impact of different policies

Note: The figure shows the share of firms facing liquidity shortfalls: in absence of policy intervention (blue solid line); in case of deferral of tax (green dash-dotted line); in case of a moratorium on short-term debt (green dotted line); in case of temporary support to wage payments (green dashed line); a combination of all the previous measures (red solid line). Short-term debt is defined as the amount of financial liabilities that are due within the year. The temporary support to wage payments (green dashed line) is assumed to be a support adjusted to the sectoral size of the shock and modelled through an increase to 0.8 of the elasticity of wage bill to sales. The calculations are based on the prolonged confinement scenario.

Challenges in the design of policies

This column shows that the standstill in activity implied by confinement generates a high risk of large amounts of liquidity shortfalls and potentially of defaults of otherwise viable firms. Among the wide and complementary range of measures introduced by different countries, support to wage payments seems to be the most critical policy to curb the liquidity crisis.

After having emphasized the need for a massive public intervention, we would like to mention just some of the several challenges related to the design of policies (see also Didier et al. 2020). In particular:

Country-specific dimensions. Country-specific institutional settings may shape the extent and the efficiency of the policy response. Given the importance of labour market policies highlighted in the note, it is likely that countries with already well-developed labour market support schemes are able to react quickly and with fewer distortive effects.

Conditionality. Certain countries condition loans forbearance and wage subsidies on the actual reduction in payroll, with the requirement that the loans be used to cover fixed costs only or to rehire fired employees after the crisis. The design of transfers and subsidized loans to corporations should ensure that firms preserve jobs when possible and do not divert resources towards exclusively private interests (e.g. to boost CEO compensation or dividend payments).

Short-term versus medium-term policy answer. Given the need of an urgent policy response during the so-called ‘phase one’ of the crisis, policy has often not been particularly targeted in the short term. Going forward, short-term, cross-cutting policies might need to be better refined to ensure that public support does not contribute to resources misallocation. Moreover, policies will also need to account for the heterogeneous impact of the shock, as firms will not be on the same foot to face the crisis other than for liquidity reasons when the activity will slightly recover in the medium-term (see also Gopinath 2020).

New normal. The extent to which the COVID-19 crisis will disrupt economies is still uncertain. In European countries, a large set of policies, in particular in the labour market, is tailored based on the principle of protecting the pre-crisis allocation of resources. In other countries, like in the US, the adjustment largely hinges on payroll reduction via layoffs. Their relative efficiency during the recovery and beyond may be related to whether economies will structurally change coming out of the COVID-19 crisis.

Gopinath G (2020), “Limiting the economic fallout of the coronavirus with large targeted policies”, in R. Baldwin and B. Weder di Mauro (eds.), Mitigating the COVID economic crisis: Act fast and do whatever it takes, VoxEU.org eBook, CEPR Press.

Schivardi, F. and G Romano (2020), “A simple method to compute liquidity shortfalls during the COVID-19 crisis with an application to Italy”, mimeo.

1 We use the Orbis dataset (provided by the Bureau Van Dijk) for 16 European countries: Belgium, Denmark, Estonia, Finland, France, Germany, Hungary, Ireland, Italy, Latvia, Portugal, Romania, Slovenia, Spain, Sweden and the United Kingdom. We assume that the last available data for each firm (end of 2016) represent its financial situation in normal times with respect to its average revenue, operating expenses, debt payment and taxes.

2 The analysis covers all manufacturing and non-financial services sectors. Consistent with OECD (2020b), the following decline in output is assigned to a set of severely hit sectors: 100% in manufacturing of transport equipment (ISIC V29-30), real estate services (VL), arts, entertainment and recreation (VR) and in other service activities (VS); 75% in wholesale and retail trade (VG), air transport (V51), and accommodation and food services (VI); and 50% in construction (VF) and professional service activities (VM). For the other non-financial sectors we assume a conservative 15% revenues shock. In the note we also provide sensitivity analyses assuming a larger decline (e.g. 30% shock).

3 We also made conservative assumptions with respect to the ability of firms to adjust their operating costs to a revenues shock (e.g. the elasticity of wage bill to sales is set to 0.2 and that of intermediate costs to sales to 0.8).

4 In the note, we also model the labour support as an unconditional reduction of the wage bill by 80% in all sectors, an option that has been taken in several countries and that is found to reduce the risk of a liquidity crisis even more (while of course being more fiscally costly).

My articlesMy books
Follow on:
Previous Trade conflict in the age of Covid-19
Next COVID-19 and food protectionism

The Bookish Multitude: A review of D.W. Young’s “Booksellers”