Home / VoxEU / The 1918 influenza did not kill the US economy

The 1918 influenza did not kill the US economy 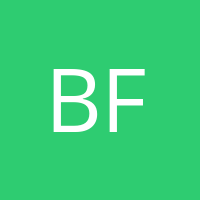 by
Benmelech, Frydman
My articles My books
Follow on:
Summary:
As the world grapples with the health and economic consequences of the coronavirus outbreak, the 1918 Spanish flu is receiving renewed attention. And with reason: the Spanish flu infected about 500 million people worldwide and claimed around 50 million lives—including about 675,000 Americans, or about 0.67% of the country’s population. Much of existing economic work on the influenza pandemic has focused on understanding its impact on health and human capital (Almond 2006, Beach, et al. 2018, Clay et al. 2018). In light of the sizable immediate contraction in economic activity created by the coronavirus outbreak, there is renewed interest in assessing the economic impact of the 1918 influenza pandemic. In recent work, Barro et al. (2020) estimate the effect of flu-related deaths

As the world grapples with the health and economic consequences of the coronavirus outbreak, the 1918 Spanish flu is receiving renewed attention. And with reason: the Spanish flu infected about 500 million people worldwide and claimed around 50 million lives—including about 675,000 Americans, or about 0.67% of the country’s population. Much of existing economic work on the influenza pandemic has focused on understanding its impact on health and human capital (Almond 2006, Beach, et al. 2018, Clay et al. 2018). In light of the sizable immediate contraction in economic activity created by the coronavirus outbreak, there is renewed interest in assessing the economic impact of the 1918 influenza pandemic. In recent work, Barro et al. (2020) estimate the effect of flu-related deaths in 43 countries in 1918-1920 and conclude that higher flu death rates led to declines in GDP and consumption of about 6%. Other work has focused exclusively on the United States.  Exploiting spatial variation in mortality rates, Correia et al. (2020) show that areas in the US that were hit by the pandemic experienced a sharp decline in economic activity, and that the effects persisted until at least 1923.

While interesting, comparisons across countries, or across cities in the US, obscure one salient feature of the 1918 pandemic. The Spanish flu left almost no discernible mark on the aggregate US economy. The coronavirus arrived to the US at a time of booming stock market values. By contrast, the influenza outbreak in the spring of 1918 occurred right after a downturn: the Dow Jones Industrial Average had actually declined 21.7% in 1917. Yet the stock market recovered substantially during the pandemic, with the Dow index increasing by 10.5% in 1918 and by 30.5% in 1919. In fact, 1919 stands as the ninth best year for the Dow from 1915 to 2019. According to some estimates, real gross national product actually grew in 1919, albeit by a modest 1% (Romer 1988). In new work, Velde (2020) shows that most indicators of aggregate economic activity suffered modestly, and those that did decline more significantly right after the influenza outbreak, like industrial output, recovered within months. That the impact of the influenza pandemic on the aggregate US economy was mild should be surprising. In contrast to coronavirus, which is disproportionately severe for older adults, the Spanish flu was unusually deadly for those in their 20s and 30s—in other words, those in prime working age. The economy did eventually go into a recession in 1921, but by then the decline in output had all to do with a collapse in commodity prices when post-war European production finally recovered (Romer 1988).

The prediction for the immediate economic fallout of the coronavirus, of course, is disastrous. Analysts today expect a stunning 20-30% decline in GDP for Q2 2020, as well as a 15% jobless rate. And the Dow lost more than 36% of value from its peak in February 2020 to its worst point on 23 March 2020, though it has recovered somewhat since then.

So why is the current crisis having such a large impact on the economy, while the Spanish flu did not? One possible explanation lies in the social distancing measures that the US and other nations have directed in order to flatten the curve and slow down the spread of the virus. While many jobs can now be done remotely from home, many cannot. Social distancing also cuts the demand for many goods and services (Muellbauer 2020). As a result, some sectors in the economy have come to a halt.

However, even in 1918 local governments implemented similar restrictions on public gathering to contain the disease. For instance, in 1918 the Commercial and Financial Chronicle, a leading business news outlet at that time, reported: “In Boston the question of closing the churches is being discussed as a mean of checking the epidemic. In Pennsylvania all places of public amusement, schools, churches and all saloons have been ordered closed until further notice.” And Dr. Rupert Blue, the then-Surgeon General of the US, explicitly deemed these closings “the only way to stop the spread of the virus”. As it is today, limiting social interaction was also the key mechanism to slow down contagion more than a century ago.

Notwithstanding, these social distancing measures did not come close to those implemented in the US today. Work in factories, mines, and shipyards continued, despite at least some of this work facilitating the spread of the disease. Why? Because businesses were under pressure by the US government to fulfill demand for products and commodities that were needed for the war effort. Which brings us to the main reason why the US economy did not massively contract in 1918: WWI.

When the pandemic unfolded, a significant share of the nation’s resources at home and abroad were devoted to the war economy. Real government spending accounted for about 38% of GDP. Even human capital was largely tied to the war effort: by 1918, the armed forces included almost three million sailors, soldiers, and marines, representing 6% of the labour force between the ages of 15 and 44. As the Chronicle put it, “Towering above every other form of trade activity is the vast business in a hundred avenues of industry to supply the needs of the United States Government and Allied Powers in these momentous days”. Meanwhile, civilian business was deemed as “[s]trictly subsidiary.” The increase in the government’s demand for war-related products more than made up for the contraction in consumer spending and private investment.

This is not to say that the 1918 pandemic had no economic consequences. The Chronicle also reports that coal output “was considerably reduced by the rapid spread of influenza in various sections of the country, notably in Pennsylvania, Alabama, Kentucky, Tennessee, Virginia, West Virginia and Maryland” while textile mills “complain that they are having great difficulty in keeping up production.” The findings by Correia et al. (2020) indeed corroborate this account: those cities and states that experienced higher mortality rates witnessed a larger decline in manufacturing output, by about 18%.

But the never-ending demand for coal, steel, machinery, textiles, and other products needed for the war effort largely offset the effects of such a severe pandemic on aggregate economic activity. The private sector continued pushing in orders to fulfill the war-related demand despite the scarcity of labour, as workers became ill.  For instance, the Chronicle reports that “In an effort to boost production, 70,000 coal miners in central Pennsylvania bituminous coal fields have voted to work Sundays to overcome a loss of production due to influenza epidemic.” The government was buying, and so firms kept on producing.

What lessons can we glean from the 1918 pandemic for today? Obviously, we are not advocating for another war, or that workers be encouraged to work in unsafe conditions that may heighten their exposure to the virus. But it is useful to remember that a global pandemic doesn’t inevitably lead to a grave economic recession or depression. More specifically, a large expansion in government demand can go a long way in softening the economic impact of a crisis that clearly threatens to reduce consumption and private investment.

Barro, R, J F Ursua and J Weng (2020), “The Coronavirus and the Great Influenza Pandemic: Lessons from the “Spanish Flu” for the Coronavirus’s Potential Effects on Mortality and Economic Activity”, NBER Working Paper 26866.

Romer, C. (1988), “World War I and the Postwar Depression: A Reinterpretation based on Alternative Estimates of GNP”, Journal of Monetary Economics 22: 99-115

Velde, F. R. (2020), “What Happened to the US Economy During the 1918 Influenza Pandemic? A View Through High-Frequency Data”, Federal Reserve Bank of Chicago Working Paper 2020-11

My articlesMy books
Follow on:
Previous COVID-19 could spur automation and reverse globalisation – to some extent
Next Buyer responsibility and the crisis in Bangladesh

The Corona Crisis – a Scandinavian perspective.