Regional inequalities and the West-East divide in Turkey since 1880 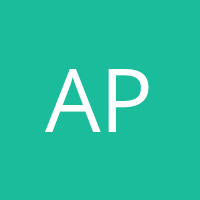 by
Aşik, Karakoç, Pamuk
My articles My books
Follow on:
Summary:
Unlike for developed countries, only a limited number of studies exist on the long-term evolution of regional inequalities in today’s developing countries. With the help of a novel dataset, this column examines the evolution of regional income inequality within present-day borders of Turkey. It finds an inverse U-shaped pattern for regional disparities since 1880, with a peak at around 1950 (although the East lagged further behind until the end of the 20th century). A combination of causes led by geography, including proximity to Europe, structural change, industrialisation and agglomeration economies, as well as ethnic conflict and demographic movements, appear to be behind this pattern. Inequality among regions has been rising in the developed countries


Riaño, Valencia Caicedo writes The devastating legacy of the ‘Secret War’ in Laos

Cirera, Comin, Cruz, Lee writes Technology within and across firms

Hausman, Rhode, Wieland writes Farm product prices, redistribution, and the early Great Depression in the US

The devastating legacy of the ‘Secret War’ in Laos

Technology within and across firms

Farm product prices, redistribution, and the early Great Depression in the US

Unlike for developed countries, only a limited number of studies exist on the long-term evolution of regional inequalities in today’s developing countries. With the help of a novel dataset, this column examines the evolution of regional income inequality within present-day borders of Turkey. It finds an inverse U-shaped pattern for regional disparities since 1880, with a peak at around 1950 (although the East lagged further behind until the end of the 20th century). A combination of causes led by geography, including proximity to Europe, structural change, industrialisation and agglomeration economies, as well as ethnic conflict and demographic movements, appear to be behind this pattern.

Inequality among regions has been rising in the developed countries since the 1980s, as the large-scale restructuring of the world economy left behind many formerly industrialised and affluent areas. Against the backdrop of world-wide populist surge and rising anti-globalisation sentiments, the growing regional disparities have gained increasing political importance. Rodriguez-Pose (2018) recently argued that “the places that ‘don’t matter’ have increasingly used the ballot to rebel against feelings of being left behind, of lacking opportunities or future prospects”.

The spatial distribution of per capita incomes in the developed countries has exhibited long-cycles since the onset of modern economic growth two centuries ago (Iammarino et al. 2018). In the US and many European countries, regional disparities showed an inverse U-shaped pattern until the 1980s, increasing during the early stages of industrialisation and declining later with continued structural change and national integration, strikingly in parallel with the pattern of inequalities between personal incomes. (Federico et al. 2017, Roses and Wolf 2018, Piketty 2014).

In a recent paper, we examine the evolution of regional income inequalities and its causes within present day borders of Turkey since 1880 with the help of a novel dataset (Aşik et al. 2020). Regional inequalities have been a central part of the development experience of Turkey going back to the Ottoman era. Even though development policy, and more generally, politics at both the local and national levels have focused on these inequalities, East-West income inequalities in Turkey today are still amongst the largest anywhere in the world. Equally important, differences between the West and East regions of the country in human development, health as measured by life expectancy at birth, and education as measured by years of schooling, have also remained large (Gezici and Hewings 2007).

Regional inequalities in Turkey have also been accompanied by ethnic polarisation, conflict, and large demographic movements involving Armenians, Greeks, and Kurds since the late Ottoman era. It has been argued that the forceful removal of the Armenians and the massacres of many of them during WWI, the exchange of the Greek Orthodox population across Anatolia with the Muslim population in Greece during the early 1920s, and the military conflicts with the Kurds seeking autonomy and at times independence had long lasting impact on the subsequent course of development in the East and possibly across the country.

We construct indices for value added per capita for agriculture, industry, and services as well as GDP per capita for each of the 58 administrative units for eight benchmark years. For the period since 1987, we make use of the official series for GDP per capita for the same 58 units (Figure 1). As far as we know, this is a rare if not unique study that examines the spatial distribution of economic activity in a developing country from the 19th century to the present.

Making use of these estimates, we test for beta and sigma convergence and calculate Theil decomposition indices for within and between variation. We find that the overall trend from the 1910s to the present has been that of convergence for the country as a whole. In addition, we find an inverse U-shaped pattern for the regional disparities since 1880. In the years before WWI, well before industrialisation gained momentum, there already existed large disparities in the GDP per capita of different regions and these disparities were rising. The peak in spatial inequalities in Turkey was reached sometime around 1950. While GDP per capita in the West remained above the country average and that of the Other Regions remained below, both converged toward the national average. Yet, the East lagged further behind until the end of the twentieth century. The differences between the East and the rest of the country declined somewhat since the beginning of the present century but they are still very large today (Figures 2 and 3).

Our comparisons also suggest that the regional disparities in Turkey have been and are still larger than those in European countries of similar size such as Italy, France, and Spain. Figure 4 summarises the evolution of population-weighted coefficient of variation for GDP per capita in the NUTS 2 regions in Turkey, Italy, France, and Spain since the second half of the 19th century. The curves for all four countries have a similar inverse U shape. However, there are also important differences between the curve for Turkey and those of the three other countries. First, because economic growth and industrialisation began and gained momentum later, the peak in regional disparities occurred later in Turkey. Secondly, Figure 4 also suggests that regional disparities have been higher in Turkey. Part of the difference is due to the fact that Turkey’s three NUTS 2 regions in the East continued to lag well behind the rest. Our analysis also suggests that the Istanbul region accounted for a very large share of the total variation in GDP per capita in Turkey until 1980. In the other three countries, only the variation in France due to Paris is comparable to that due to Istanbul (Rosés and Wolf 2018).

Figure 4 Population-weighted coefficient of variation for GDP per capita for selected European countries, 1860-2010 (all for NUTS 2 regions)

Problems of endogeneity make it difficult to establish causality at this stage of the research. Nonetheless, our preliminary spatial fixed effects regression analysis, taking into account concerns over the persistence of spatial correlations (Kelly 2019), suggests that a combination of causes led by geography including proximity to Europe, structural change, industrialisation and agglomeration economies, and ethnic conflict and demographic movements are behind this pattern for the country as a whole and for the fact that the East has continued to lag behind. Our results reveal that differences in the rates of structural change and urbanisation were significant drivers of the inequalities for the entire period, 1913 to 2010. From 1913 to 1950, when industrial growth was not yet strong enough to drive the differences in per capita income, demographic shocks involving Armenians and Kurds emerged as an important driver of East-West divergence. In the second period from 1950 to 2010 when migration and urbanisation gained momentum and growth rates were significantly higher; industrial growth, education as well as the Kurdish conflict were strong predictors of economic growth. In contrast, the provinces where the Greeks lived until the 1920s had more commercialised agriculture, higher urbanisation rates and more industrialisation. They also had access to better transportation network, ports, and major urban markets. Compared to the East, these provinces responded more strongly as economic growth accelerated after WWII.

This long-term view of the regional inequalities in Turkey point to new areas for future research. We feel the dynamics of the spatial distribution of industry and the interaction between industrialisation and agglomeration economies on the one hand, and the regional disparities on the other, need to be examined in greater detail in the future. The long-term impact of ethnic conflicts and demographic movements, and their interaction with other variables such as geography, industrialisation, and agglomeration economies also need to be investigated further with more detailed data.

My articlesMy books
Follow on:
Previous Ridesharing during the Covid-19 pandemic
Next Malleability of alcohol consumption

The UK and the EU: Another two-level game