Home / VoxEU / Macro-financial crises: Impeding the rush for the exit

Macro-financial crises: Impeding the rush for the exit 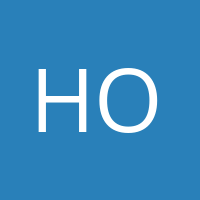 by
Honohan
My articles My books
Follow on:
Summary:
When the Minsky moment (Minksy 1975) occurs with the denouement of a macro-financial crisis, the smart money rushes for the exit, especially if the banking sector is implicated in the crisis. Those who exit hope to escape loss, but their efforts often impose heavier losses on others. What can the authorities do?  Despite the extensive historical record, there is no universally acknowledged playbook; no consensus on the value of currency depreciation, creditor bail-in and administrative controls on capital movements as ways of dealing with the incipient outflows.  Governments generally hesitate before adopting these measures because of the adverse side-effects on different interest groups, and because the longer-term consequences seem unclear. Will currency depreciation result,

When the Minsky moment (Minksy 1975) occurs with the denouement of a macro-financial crisis, the smart money rushes for the exit, especially if the banking sector is implicated in the crisis. Those who exit hope to escape loss, but their efforts often impose heavier losses on others. What can the authorities do?

Despite the extensive historical record, there is no universally acknowledged playbook; no consensus on the value of currency depreciation, creditor bail-in and administrative controls on capital movements as ways of dealing with the incipient outflows.

Governments generally hesitate before adopting these measures because of the adverse side-effects on different interest groups, and because the longer-term consequences seem unclear. Will currency depreciation result, unleashing lasting high and volatile inflation? Will bail-in of the creditors of failed banks undermine future access of the sovereign and of private firms to the financial markets? Can capital controls be anything more than a stop gap, buying time for more far-reaching action?

These are questions that are likely to become relevant again as the pandemic recession has its knock-on effects on the solvency of firms, households and their bankers. Lebanon is likely only the first in a new wave of countries facing such pressures.

Three European cases during 2008-13, each of them a fall-out of the Global Financial Crisis, illustrate sharply different approaches to crisis-driven outflows. All three countries faced over-extended fiscal positions and deep insolvencies in their over-dimensioned banking systems once the pre-crisis boom had ended.

Although each of these three countries suffered a deep recession, each also saw a strong post-crisis economic recovery and each has seen a rebound in its international credit rating. It is clear that the policy choices that were made were partly determined by pre-existing country conditions and partly by considerations of international spillover that guided the terms on which official assistance was provided.

In 2008, Iceland had no practical alternative to currency depreciation, and the capital controls – instigated, to the surprise of many, by the IMF – moderated only somewhat the decline which occurred (Honohan 2020).  Bail-in of bank creditors was also pre-ordained by the scale of the Icelandic banking system and its losses. Iceland largely managed to insulate its domestic banking and payments system from haircut and disruption, thereby avoiding the hostage scenario which has impeded the use of bail-in in other banking systems. Interestingly, by trapping onshore assets of the foreign creditors of the failed banks, the capital controls enabled the government to lever a large ‘stability contribution’ before the controls were eventually lifted.

Figure 1 How the banking losses were absorbed in Ireland, Iceland and Cyprus

Ireland’s banking losses were much smaller than those of Iceland in proportion to the economy, so its initial 2008 guarantee of substantially all bank liabilities, though unnecessarily comprehensive, was more affordable (Honohan 2019).  This was a home-grown policy but, when Ireland thought to haircut some newly unguaranteed liabilities two years later, that was vetoed by the Troika lenders, who feared spillover effects in the euro area bank bond market.  Currency depreciation was also ruled out in Ireland by virtue of its use of the euro; on the other hand, access to Eurosystem liquidity meant that capital controls were not needed or considered in Ireland.

The currency question strongly influenced the distributional pattern of the recovery in Ireland and Iceland.  Currency depreciation moderated Iceland’s employment decline and speeded the macroeconomic recovery, whereas in Ireland job losses were proportionately much larger and the recovery slower – though automatic social welfare stabilisers acted to limit the increase in income inequality that would otherwise have occurred. This is shown in Figure 2, which illustrates how real wages continued to rise in Ireland to 2009 and declined only gradually thereafter, whereas they fell precipitously in Iceland after 2007 when the exchange rate collapsed. Employment fell only half as much in Iceland as in Ireland.

Inflation in Iceland did surge for a while after the collapse of the exchange rate, with a couple of years of double-digit price rises. But annual inflation averaged only about 2% after 2013, so, despite Iceland’s chequered historical record with high inflation, the 2008 event did not create a lasting inflationary environment.  Being in the euro meant that Ireland’s inflation was even lower – indeed, close to zero on average since 2008, so well below target.

Cyprus, like Ireland, was in the euro area when its crisis crystallised in early 2013, but official thinking in Europe on bail-in and capital controls had changed.  Besides, banking stability had largely been restored elsewhere in Europe by then. (A perception that many non-resident depositors might be from Russia may also have been a factor in European officials’ willingness to tolerate bail-in.)  The bail-in of depositors in the two main banks of Cyprus was quite severe. One of them was liquidated, and uninsured depositors lost about 95%; in the other, about one-half of uninsured deposits were converted to equity, effectively recapitalising this bank without an injection of government funds (Honohan 2020).

Fears that bail-in of bank deposits would result in the sovereign being shut out of international capital markets appear to have been overdone.  By 2018, Cyprus had recovered its investment grade rating, by which time Icelandic government bonds were already back to a rating of A.

Though lightly enforced with many exemptions, the controls aggravated economic dislocation and it remains unclear that capital controls had any benefit for Cyprus. After all, there was no question of an exchange rate movement. And even a substantial continuing run on the recapitalised banking system could easily have been financed by the Eurosystem without threatening euro area monetary stability (and without presenting any significant credit risk, since the bail-in had taken effect and the banking system was recapitalised).  Encouraged by staff of the European Commission, the government may have been over-cautious in this matter and did not push for such financing.

Official lenders were thus influential in the policy choices.  The IMF urged capital controls on Iceland; the ECB restrained Ireland from bailing-in bondholders of gone-concern banks; the Cypriot bail-in was also pushed by official lenders.  To a large extent, all of this advice was seen as in the borrowing country’s interest, though in the case of the Cyprus capital controls and the Irish bank bonds, it may not have worked out that way.  Still, the cost of acquiescing in these policies was more than compensated by access to very substantial loans, especially on the favourable terms eventually set by the European lenders.

The Cyprus bail-in reflected growing determination on the part of governments and regulators worldwide not to be held hostage by the disruption feared from a disorderly failure of one or more large banks. This view has led to the adoption of laws and regulations designed to ensure that there would be an orderly way of resolving a failing bank, potentially including a bail-in of wholesale creditors, while ensuring that the essential functions of banking systems could continue to operate and without imposing a cost on the fiscal authorities (Financial Stability Board 2014).  It remains to be seen how smoothly such resolutions will work in post-pandemic crisis-hit countries. The indications are that, even in the most sophisticated environments, preparation of effective ‘living wills’ for banks is difficult and time-consuming (Bank of England 2018).

Lebanon now faces a situation similar to that faced by the other three countries discussed, and at least as severe (Honohan and Mazarei 2020). Its over-dimensioned banking system has attracted huge deposits from expatriates and others abroad for a quarter century or more, thanks to financial engineering manoeuvres that enabled the banks to offer attractive rates, especially for depositors who may have perceived the national banking and payments system as being a hostage against sovereign default and devaluation.  This house of cards has collapsed in the past year, with capital controls in effect, a sharp (more than 80%) depreciation of the currency, a default on some sovereign bonds, and a general expectation that foreign financial assistance will not be forthcoming without a haircut and restructuring of bank liabilities.  This looks like an Iceland-style resolution, though with haircuts on both bank and sovereign liabilities up front, and as yet without a gambit that protects the provision of on-shore banking and payments services.  Lebanon suffers many other disabilities that have not afflicted Iceland.  The recent deadly explosion in Beirut’s port is only the most conspicuous of these, which include enormous problem of refugees from neighbouring war zones and an apparently dysfunctional political and governance system.

Still, the successful recovery of Iceland suggests that even a crisis management and resolution package involving all three measures (currency depreciation, capital controls and bail-in) is survivable, especially if accompanied by measures that limit the impact of the downturn on low-income households.

Jónsson, A and H Sigurgeirsson (2016), The Icelandic Financial Crisis: A Study into the World’s Smallest Currency Area and Its Recovery from Total Banking Collapse, Palgrave Macmillan.

1 There was no sovereign debt restructuring, though the national deposit insurance scheme declined to pay out to depositors in the offshore branches of failed banks.

2 Some local law sovereign bonds held by Cypriot nationals were involuntarily restructured in 2013.

My articlesMy books
Follow on:
Previous Financial shock transmission in a production network
Next Political polarisation and expected economic outcomes