Pulling together or pulling apart: EU trade and development policy 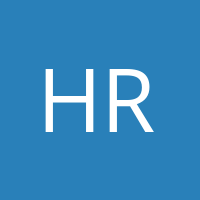 by
Holmes, Magntorn Garrett, Rollo
My articles My books
Follow on:
Summary:
The global economy appears to be shifting from a rules-based to a power-based trading system. This column argues that a high degree of coherence in the values projected by its member states can help the EU harness its soft power to promote its policy objectives externally. Using a similarity index to explore the coherence of trade-related aid objectives betweenthe institutions of the EU and four key member states, it finds what the authors call a ‘positive complementarity’, whereby EU institutions and the member states currently promote similar but not identical aims. The rules and regulations governing what can be sold into the EU are adopted globally by international firms, even when their goods are not being sold directly to the EU. This ability to secure

The global economy appears to be shifting from a rules-based to a power-based trading system. This column argues that a high degree of coherence in the values projected by its member states can help the EU harness its soft power to promote its policy objectives externally. Using a similarity index to explore the coherence of trade-related aid objectives betweenthe institutions of the EU and four key member states, it finds what the authors call a ‘positive complementarity’, whereby EU institutions and the member states currently promote similar but not identical aims.

The rules and regulations governing what can be sold into the EU are adopted globally by international firms, even when their goods are not being sold directly to the EU. This ability to secure voluntary compliance with EU norms, described by Anu Bradford (2020) as The Brussels Effect, shows the EU’s soft power. Hand-in-hand with the EU’s regulatory influence comes the promotion of broader EU values. EU trade policy contains incentives and carries penalties to induce actors to align with EU norms. Such a combination of harder policy instruments with existing soft power is what Joseph Nye (2009) called ‘smart power’. If a country already has some goodwill towards the EU, less additional suasion will likely be needed to achieve a certain outcome. Using incentives in a ‘smart’ way, building on the EU’s existing soft power, can make external action more effective and less costly. Further, as acknowledged in its Trade for All strategy in 2015, the EU’s success in promoting its values and standards depends on its ability to act coherently, both across member states and across policy areas. More coherence in the values projected by the EU could increase the chances that partners will adopt common EU principles.

In a recent report (Apiko et al. 2019), we explored whether the institutions of the EU and its member states appear to support the same goals and project the same values through their trade-related policies. The focus was on trade-related aid, notably Aid for Trade, since it spans areas of EU exclusive competence (trade policy) and shared competence (development policy).

Using data on bilateral commitments to official development assistance (ODA) by EU member state donors, as well as by EU institutions for the years 2007-2017, we explored the distribution of Aid for Trade commitments by each donor across detailed aid sectors (by which we mean the functional category for which the aid is committed) and across aid recipients. We considered the categories in which donors focused their aid to be a reflection of the values that donors wished to instil in recipient countries. The coherence of aid allocations was measured using a Finger-Kreinin similarity index (FKI), an index particularly well suited to measuring similarity for variables with restricted ranges. The FKI varies between zero and one, where an FKI of one means that a pair of countries have identical proportions of aid spending across all relevant aid categories or recipients; when the indicator is zero, the donors have no aid spending in common. The focus is on the EU institutions and four member states: Germany, France, the Netherlands, and the UK (which was a member state during the period of study). These member states together make up over 70% of all individual EU member states’ aid commitments.

Across aid recipients, we found that EU institutions focused their trade-related aid on (relatively) closely integrated countries with the potential for future accession to the EU, a pattern that was not shared among the member states. The UK and the Netherlands in particular displayed a lower degree of coherence with EU institutions with respect to aid recipients. Nevertheless, a report by the UK Government (2013) concluded that no fundamental conflict existed between UK and EU aims, stating: “Our development leadership role and working relationships have resulted in the EU being an effective multiplier for UK priorities.”

We found less coherence overall among the member states and EU institutions with respect to aid recipients than we did across aid sectors. This could be a reflection of national priorities playing a greater role when member states identify their target recipient countries compared to their target aid categories, or it could be driven by member states and the EU deliberately dividing up responsibilities by coordinating more effectively with respect to aid recipients than to aid sectors, thereby reducing the overlap in aid spending (European Commission 2007).

Notes: Cells have been colour coded according to their similarity, ranging from dark red (least similar) to dark green (most similar). Data on total Aid for Trade commitments from OECD's Creditor Reporting System (CRS). The Finger-Kreinin Index ranges from 0 to 1 and is based on the share of each recipient or aid sector in total AfT commitments by donor. It provides an index for the similarity of Member States AfT spending and that of the EU Institutions. Any recipients not identified by country (e.g. regional groupings, or unspecified recipients) have been excluded from the analysis.

We explored this question using OECD data detailing the degree to which aid commitments had been motivated by three different sustainable development policy objectives: gender equality, environmental protection, and participatory development/good governance. Overall, we found that EU institutions display the strongest coherence between development assistance and trade policy objectives, while the member states display less coherence. This is rather unsurprising given that trade policy is an EU competence, putting the EU institutions in a unique position to ensure coherence between trade and development policies at the EU level.

One could imagine a scenario in which EU institutions and member states replicate one another’s aid spending exactly as an expression of complete coherence, in which case there would be no point in any separate activity. There could also be pure ‘negative complementarity’, with member states doing exactly the opposite of what the institutions encourage in a spirit of a complete division of responsibilities. What we observed in reality was neither of these scenarios. Instead, we saw what we can call ‘positive complementarity’: EU institutions and member states appear to promote similar but not identical aims. The symbiotic relationship between soft power and smart power means that this result could be linked to soft power in a positive way. Where there is a favourable attitude in a recipient partner to a particular donor or a particular goal, it makes sense to link aid from the most favoured source and most acceptable objectives. Such coordination of development assistance is something the EU acknowledges. Indeed, the EU’s Code of Conduct on Complementarity and the Division of Labour in Development Policy (2007) sets out measures to enhance the complementarity of aid spending by EU donors and allow each actor to focus its assistance on areas where it can add the most value. A successful partnership of this kind, where the donor is perceived as acting in a benign way, increases soft power for the future.

Commission of the European Communities (CEC) (2007), “EU Code of Conduct on Division of labour in Development Policy”.

HM Government (2013), “Review of the Balance of Competences between the United Kingdom and the European Union: Development Cooperation and Humanitarian Aid Report”, July.

My articlesMy books
Follow on:
Previous Borrowing costs after debt relief
Next Ridesharing during the Covid-19 pandemic