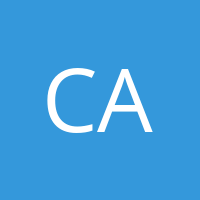 by
Calmfors
My articles My books
Follow on:
Summary:
High employment is an important objective for all governments. For an individual, having a job implies a higher income, and for society it implies that more needs are satisfied (Escudero and Liepmann 2020). Most people of working age attach a meaning to work in itself. High employment also contributes to social cohesion and is crucial for financing welfare state expenditures. Employment policy goals can be seen as intermediate goals that help achieve final objectives of social welfare. Other goals of economic policy, such as fiscal and price stability objectives, are almost always specified numerically, whereas employment policy goals are usually formulated in more general terms. There are exceptions, however. Sweden has, from time to time, experimented with quantitative targets

High employment is an important objective for all governments. For an individual, having a job implies a higher income, and for society it implies that more needs are satisfied (Escudero and Liepmann 2020). Most people of working age attach a meaning to work in itself. High employment also contributes to social cohesion and is crucial for financing welfare state expenditures. Employment policy goals can be seen as intermediate goals that help achieve final objectives of social welfare.

Other goals of economic policy, such as fiscal and price stability objectives, are almost always specified numerically, whereas employment policy goals are usually formulated in more general terms. There are exceptions, however. Sweden has, from time to time, experimented with quantitative targets for both unemployment and employment; Finland currently has such targets. In the EU, a 75% target for the employment rate of 20–64-years old was set in the Europe 2020 strategy and was broken down into national targets for all member states.

In this column, which is based on a report to the Swedish Ministry of Finance (Calmfors 2020a), I review the arguments for and against numerical employment policy targets.

Pros and cons of numerical targets

Fiscal targets as well as inflation targets represent commitments that serve to strengthen the incentives for policy achievement as compared to pure discretion. The targets are benchmarks against which policies are to be evaluated. Failure to reach them implies reputation costs that policymakers likely want to avoid. A similar logic can be applied to numerical employment targets.

There are several reasons for why a government may fail to attain high employment. Overall economic policy could be pursued inefficiently, such that the government is not on its production possibility frontier.  With more efficient policy, it might be possible to raise employment without prejudice to other objectives. A government may also conclude that its overall policy, when pursued in a discretionary way without commitments to employment policy targets, puts too much weight on other considerations. These could concern social policy aims, budget objectives, ideological motives or the interests of pressure groups. Such an imbalance might be explained by too much weight being placed on short-term effects relative to long-term ones. As an example, the cons of less generous benefits for the unemployed are effective immediately, whereas the pro in the form of lower unemployment is more distant in time. Positive effects of employment policy may also be less tangible than adverse effects. For instance, the adverse impact of less generous unemployment benefits in the form of lower incomes for the unemployed are certain and easy to calculate, while the positive effects of more transitions to employment are not as easy to prove. A political majority might also ex ante oppose reforms that would be accepted ex post because one cannot identify winners and losers in advance (Fernandez and Rodrik 1991). This could create a status quo bias in employment policy.

A well-known risk is that numerical targets may incentivise policy towards attaining the targets for exactly those measures that have been chosen irrespective of how well they relate to the final objectives. This is Goodhart’s law: “When a measure becomes a target, it ceases to be a good measure” (Goodhart 1975). The implication is that when policy tries to control a specific measure, it often loses its relationship to the final objective that one wants to reach.

The Covid-19 crisis has caused a serious deterioration of the labour market situation everywhere. This is a strong argument for strengthening the incentives for policies leading back to high employment by formulating quantitative employment policy targets.

Criteria for appropriate fiscal targets have been identified (Kopits and Symansky 1998, Caselli et al. 2018). These can be applied to employment policy targets as well. They should be simple so that they are easily understood by media and citizens. This requires the targets to be well-defined and transparent such that achievement of a goal is verifiable. But they should also be adequate so that they help achieve the final objectives. Unfortunately, there is often a conflict between simplicity and verifiability on the one hand, and adequacy on the other. A reasonable balance between these requirements is crucial for a target’s legitimacy, which in turn is a precondition for reputation costs to arise if the target is missed.

Targets should be enforceable; hence, they must be realistic. Targets should be also few (Andrle et al. 2015, Calmfors 2016). Many targets diminish the status of each target and thus lower the reputation cost of not attaining it. In addition, a large number of targets allows a government to shop around among them and always find one that is achieved.

Various employment policy targets can be discussed on the basis of the Swedish experiences with them.

A target for actual unemployment is simple, well defined, and verifiable. But it may not be adequate if the final objectives are to raise incomes and consumption in the economy, to strengthen public finances, to get more people into employment because working is considered a value in itself, and to increase social cohesion. In 1996–2006, Sweden had a 4% target for open unemployment – that is, unemployment excluding participation in labour market programmes. This was particularly problematic, as open unemployment could be – and was – held down mechanically by increasing placements in these programmes, where participants were in effect unemployed although they were not registered as such.

In 2014–2019, the target was to have the lowest (total) unemployment rate in the EU. A main problem with this formulation was that the welfare cost of unemployment is not related to unemployment elsewhere. Moreover, the Swedish government has only limited control over a relative unemployment variable that also depends on developments elsewhere. As the target was unrealistic, it exerted little influence on policy.

If the final objectives for employment policy concern higher incomes, the value of work in itself or strong public finances, an employment target is more appropriate than an unemployment one. The risk that policy is distorted is smaller. Employment cannot be raised through the expansion of inefficient education and training programmes or through early retirement.

Between 2006–14, Sweden had an objective of raising the structural (long-run sustainable) employment rate. Such a formulation is adequate when low employment depends mainly on badly functioning labour and product markets, and thus should be addressed through structural reforms. But as the structural employment rate can be calculated in many ways, goal achievement is difficult to verify.

A final option is a target for hours worked per person in the population. This depends not only on employment but also on how much the employed work. This target is simple and verifiable. It is more appropriate than the employment rate if the main final objective is to contribute to strong public finances, which are related more to total hours worked than to the number of employed persons. But a drawback is that changes in the share of employed who actually are in work and in their working time affect the attainment of the target in the same way as changes in the employment rate even though the welfare effects may differ fundamentally.

I recommend two main employment targets for Sweden. One is the actual employment rate for 20–68-years old (younger persons should go to school, and 68 years is the age limit where legislated employment protection ceases to apply). The second target relates to the actual annual hours worked per person in the population. This target is motivated by the objective of strong public finances.

A problem with targets for the employment rate is the generous definition of employment in the labour force surveys: one hour’s work in the survey week is sufficient to be counted as employed. A narrower employment definition, according to which labour income must exceed a reasonably high threshold, should be contemplated.  Current statistics for this could be produced in Sweden, where employers have to supply the tax authorities with monthly reports on wage payments to each employee.

The main employment policy targets should be complemented with a small number of sub-targets related to structural employment, for example long-term unemployment and the employment gap between natives and foreign born.

The follow-up of the numerical targets ought to be accompanied by additional analyses of many dimensions of labour market developments to make sure that attempts to achieve the numerical targets do not distort policy. Regular such analyses could be done by both the Ministry of Finance and by the Fiscal Policy Council (the fiscal watchdog), which already conducts extensive labour market analyses (Fiscal Policy Council 2020, Calmfors 2020b).

All advanced economies will have to cope with both labour market and government debt problems after the Covid-19 crisis. Numerical employment targets may therefore have a role to play in many countries.  They may help balance fiscal objectives, reducing the risk that consolidation efforts imply overly contractionary policies. At the same time, they could support these efforts by strengthening the incentives for reforms that raise structural employment.

Calmfors, L (2016), “The Roles of Fiscal Rules, Fiscal Councils and Fiscal Union in the EU”, in Badinger, H and V Nitsch (eds), Routledge Handbok of the Economics of European Integration, Routledge.

Calmfors, L (2020b), Fiscal Sustainability and Fiscal Frameworks in the Nordics, Nordic Council of Ministers.

My articlesMy books
Follow on:
Previous Monetary capacity
Next Fear and employment during the COVID pandemic