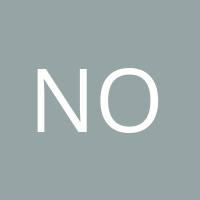 by
Nakamura, Ohashi
My articles My books
Follow on:
Summary:
Markups – the ratio of product price to marginal cost – are one key measure of a firm's performance. Firms that offer distinctively differentiated products or services can enjoy market power and charge high markups. Recent studies find a steady increase in share-weighted average markups of individual firms in the US and elsewhere. Using Compustat data, De Loecker et al. (2020) find that aggregate markups of US firms soared from 21% in 1980 to 61% in 2016. The IMF (2019) shows that the annual rate of increase in markups exceeded 6% from 2000 to 2015 among 27 developed countries. These overall increases are primarily driven by a small proportion of firms that can charge greater markups. De Loecker et al. (2020) examine the distribution of the US firms’ markups and note sharp

Markups – the ratio of product price to marginal cost – are one key measure of a firm's performance. Firms that offer distinctively differentiated products or services can enjoy market power and charge high markups.

Recent studies find a steady increase in share-weighted average markups of individual firms in the US and elsewhere. Using Compustat data, De Loecker et al. (2020) find that aggregate markups of US firms soared from 21% in 1980 to 61% in 2016. The IMF (2019) shows that the annual rate of increase in markups exceeded 6% from 2000 to 2015 among 27 developed countries.

These overall increases are primarily driven by a small proportion of firms that can charge greater markups. De Loecker et al. (2020) examine the distribution of the US firms’ markups and note sharp increases in the 90th percentile since 1980s, whereas the 75th percentile and the median show modest or insignificant changes. IMF (2019) documents this phenomenon in other developed countries. Since high-markup firms have expanded market shares over recent years, their influence on aggregate markups continues to grow.

Autor et al. (2020) call high-markup firms ‘superstars’. Superstars use technology (e.g. artificial intelligence and machine learning), invest in intangible capital (e.g. data assets), and build productivity advantages over rivals. Being scalable (Haskel and Westlake 2017), intangible capital helps superstar firms reinforce advantages in productivity and profitability as they dominate markets. As a consequence, superstar firms keep raising their markups and market share. Crouzet and Eberly (2019) demonstrate the importance of intangible capital to the uptrend in aggregate markups in the US.

These two aspects of markups – steady increases in recent years and dominance by high-markup firms – appear quite different in Japan. In Nakamura and Ohashi (2019), we estimate markups of more than 40,000 Japanese firms for the years 2001–2016 from panel data covering all major industrial sectors. Figure 1 reveals that aggregate markups of Japanese firms were stable albeit slightly declining, unlike the US and other major countries. Markups in Japan remained stagnant irrespective of industry during the period indicated, and a significant uptrend was not observed in the top decile of the markup distribution (Figure 2). This finding supports the view that Japan lacks superstar firms.

Another possibility is that market competition functions sufficiently well to suppress excess profit. Although this explanation is in theory consistent with the data, our simple observation mentioned below does not support it. Competitive pressure should erode market share for firms that charge high prices relative to costs. Therefore, markups should correlate negatively with changes in market share. We find, however, that the correlation between markups and subsequent four-year growth of market share is almost nil (˗0.004). This issue demands further investigation.

In our paper, we provide other evidence about the weak performance of Japanese firms' markups by examining customer–supplier transactions and correlations between markups of firms upstream and downstream. We identify supplier firms for all the firms in our dataset and analyse how a (customer) firm’s markup correlates to its suppliers’ markups.

If a firm creates demand by introducing new, differentiated products or services, expanding demand might prompt larger markups. This is notably so for superstar firms, which often create demand by employing new technologies and intangible capital. Superstars can offer goods and services tailored to individual consumers based on, say, personal data. Expanded final demand also boosts demand for intermediate goods, and their suppliers can earn higher markups. Therefore, producers of final goods (customer firms in this context) with higher markups tend to acquire inputs from producers of intermediate goods (supplier firms in this context) that charge higher markups. If this final demand-generated connection is a prime source of variation in markups, we should find positive correlations between markups of suppliers and customers.

However, our results show statistically significant negative correlations between markups of suppliers and customers after controlling for firm-specific and industry-specific factors. Table 1 presents coefficients of the average markup among suppliers in the estimation equation explaining customers’ markups. Customers’ markups tend to be higher (lower) when corresponding suppliers have lower (higher) markups. The negative correlation is robust, especially in the subsample of customers in the service sector, irrespective of model specifications and estimation methods. Among firms in manufacturing, some correlations between customer and supplier markups are negative and statistically insignificant, a result that endorses the view that superstar firms are scarce in Japan. Instead, it is more likely that customers and suppliers compete over the division of revenues when demand is stagnant. At the industry level, some manufacturing sectors, notably machinery, exhibit the greatest markups relative to their suppliers, whereas many industries in the wholesale sector have low markups. That is, final goods producers exert stronger market power over intermediate suppliers and wholesalers.

As mentioned, superstar firms are uncommon in Japan, where aggregate markups were stagnant during the period studied. Japanese firms are less likely than firms elsewhere to employ intangible capital – such as information and communications technology (ICT), artificial intelligence (AI), or big data – as a source of market power. What, then, creates market power for Japanese firms with higher markups?

One answer to that question appears in the trend of average markups by firm age in Figure 4. After controlling for factors such as productivity and suppliers' markups, markups were higher among older firms during the sampled period, except for a decline in the oldest bracket. This pattern is noteworthy, especially in manufacturing. It is likely that older firms have established a legacy of reliability, brand image, and distribution channels that grants them exploitable market power.

That market power among Japanese firms originates in longevity rather than cutting-edge technology may explain the persistent stagnation of Japan's economy. Several studies, including Fukao et al. (2006), cite a ‘low metabolism’ or weak dynamism of resource reallocation from old and less productive to new and more productive firms in Japan. Our findings demonstrate this phenomenon with reference to markups.

Authors’ note: The main research on which this column is based first appeared as a Discussion Paper of the Research Institute of Economy, Trade and Industry (RIETI) of Japan.

Fukao, K and H U Kwon (2006), “Why did Japan's TFP Growth Slow Down in the Lost Decade? An Empirical Analysis Based on Firm-Level Data of Manufacturing Firms”, Japanese Economic Review 57(2): 195-228.

My articlesMy books
Follow on:
Previous Lockdowns and voting behaviour during the COVID-19 pandemic
Next Quantitative easing policies and exchange rates

Sweden embarks on its largest military build-up for decades